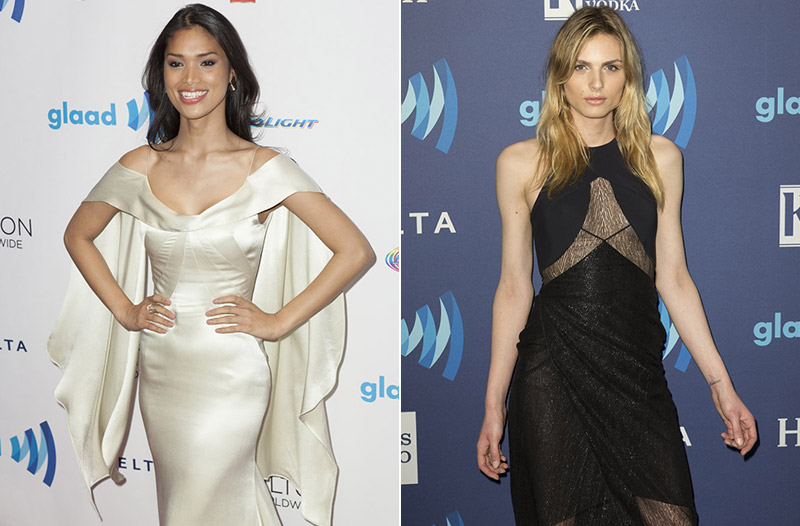 Many people have considered 2015 to be the milestone year for the transgender community. From Caitlyn Jenner’s Vanity Fair cover to model Andreja Pejic’s Make Up For Ever campaign, this was a year of mainstream acceptance in the fashion and entertainment world. But it does not just stop with those two events. Check out six transgender models who are making an impact on fashion while bravely sharing their stories.

First appearing on the scene as an androgynous male model, Andreja Pejic’s early career highlights included Vogue Paris features, catwalk appearances for Jean Paul Gaultier, Marc Jacobs and other top labels. In 2014, Andreja announced that she was transgender and had undergone sexual reassignment surgery. A year later she was profiled in Vogue US (the first openly transgender person to be featured by the magazine). In 2015, Andreja also made history as the first transgender model to land a major beauty contract with a Make Up For Ever campaign. Next up for the Australian model–Andreja will release a documentary about her life.

Lea T. is a Brazilian-Italian model and transgender woman. She is a muse of Givenchy creative director Riccardo Tisci with the T. in her name taking place of Tisci. Lea has appeared in campaigns for brands including Givenchy, Benetton and Philip Plein. In 2014, she was announced as the face of haircare brand Redken. In addition to her advertisements, Lea has also appeared in magazines such as LOVE, Interview and Vogue Paris. Her LOVE cover famously featured her kissing supermodel Kate Moss.

Dutch model Valentijn De Hingh was documented as an eight year old for a documentary about transgender children. Nine years later, she would under go gender reassignment surgery and later work as a model. Valentijn has appeared in editorials for magazines including LOVE and CR Fashion Book. The blonde also landed a spot in Tom Ford’s fall 2014 campaign. She is currently one of two transgender models signed by IMG.

Geena Rocero is a transgender model and advocate who founded the organization Gender Proud. In 2014, during a talk at TED, she revealed that she was transgender for the first time publicly. “I want to do my best to help others live their truth without shame and terror,” Geena told the audience. She has modeled for commercial brands including Macy’s, Hanes and appeared in a John Legend video. She is currently signed by Next Models.

Transgender actress and model Hari Nef has walked the runway for brands including Hood by Air, Adam Selman and Eckhaus Latta. In 2015, she appeared on the Dazed 100 list as well as in Paper Magazine’s Beautiful People Issue. That same year, Hari was signed by a major modeling agency–IMG Models. Her editorial work includes magazines like i-D, Interview and Oyster.

Ines Rau is a transgender model who has appeared in campaigns for brands such as Barney’s and Alexis Bittar. Ines was raised in Paris but has Algerian roots. In 2013, she starred in a steamy photo shoot with male supermodel Tyson Beckford. In an interview with Barney’s, Ines shared about being transgender: “But I know in my heart of hearts not everybody is going to accept me as I am. That’s the way it is. I accept it. But I will never regret what I’ve done. All the pain and struggle was worth it. Now I am enjoying myself.”