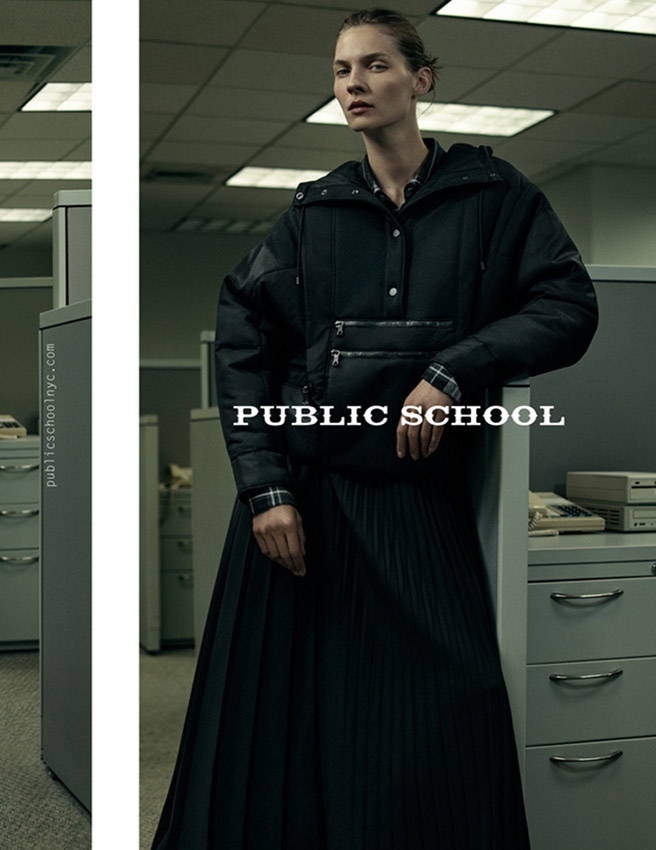 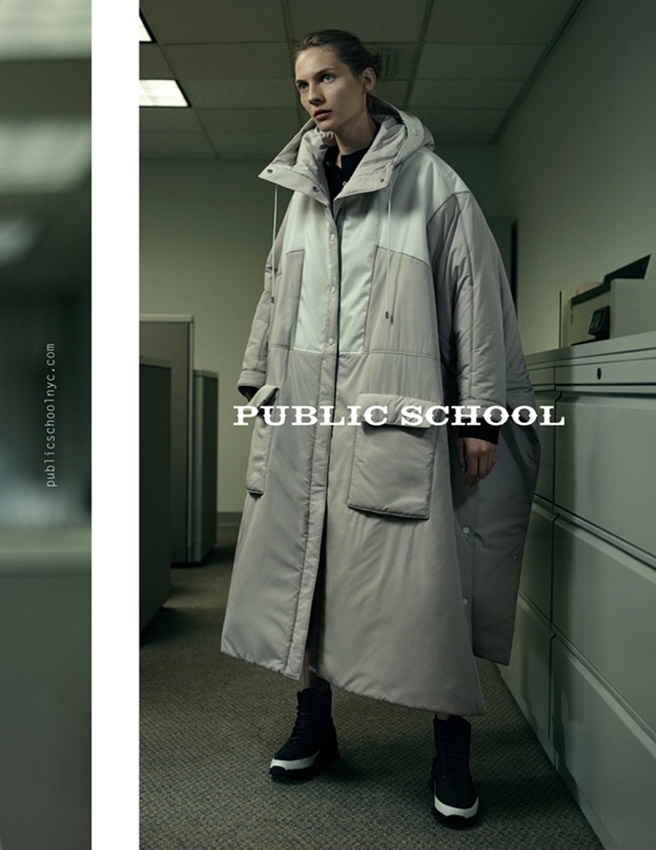 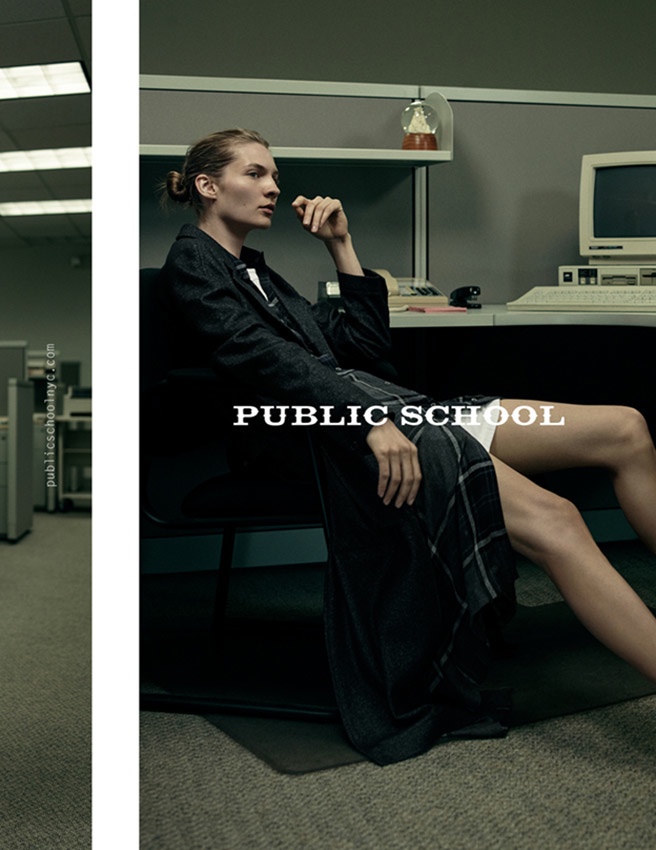 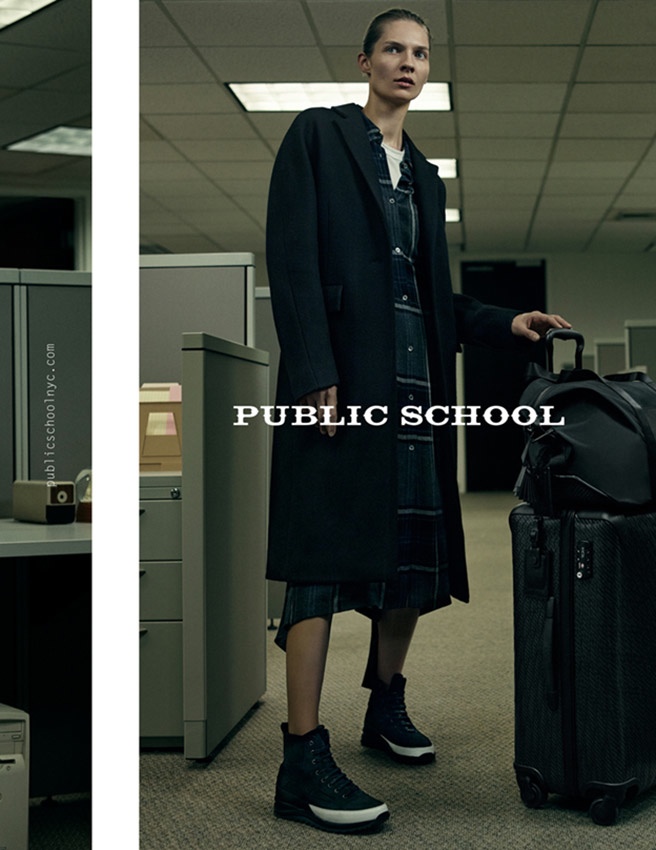 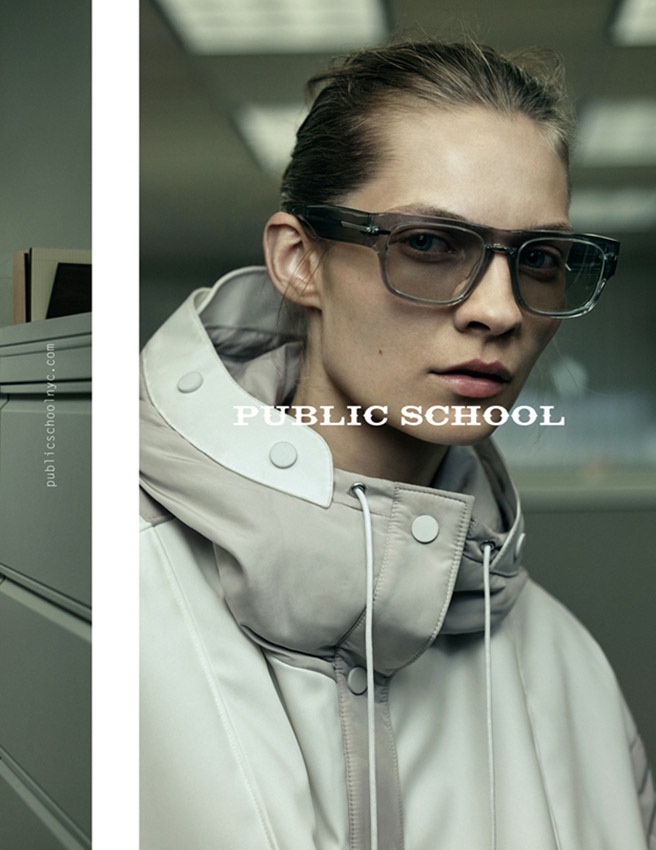 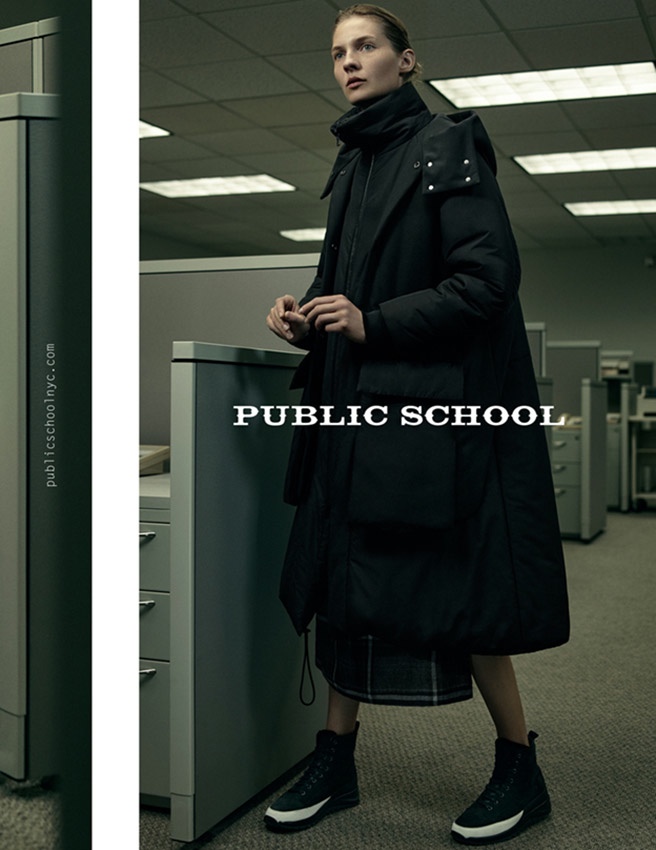 Despite its name, Public School, sets its fall-winter 2015 campaign in a 1990s style office. The images starring Karolin Wolter were captured by Gregory Harris with a focus on new season outerwear. The modern shapes and urban aesthetic serve as a sharp contrast to the retro-style cubicles and computers.