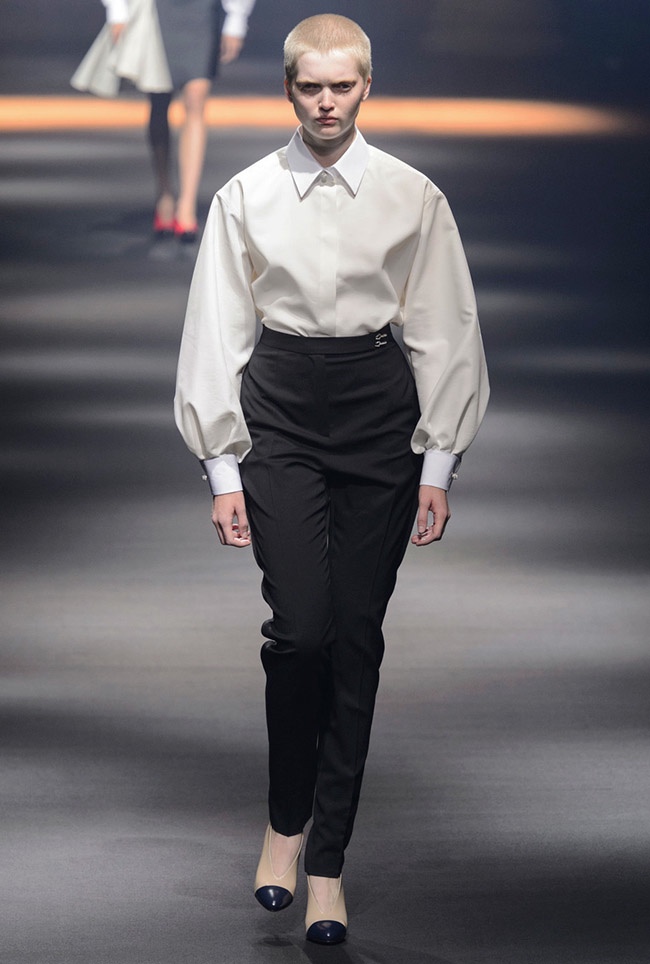 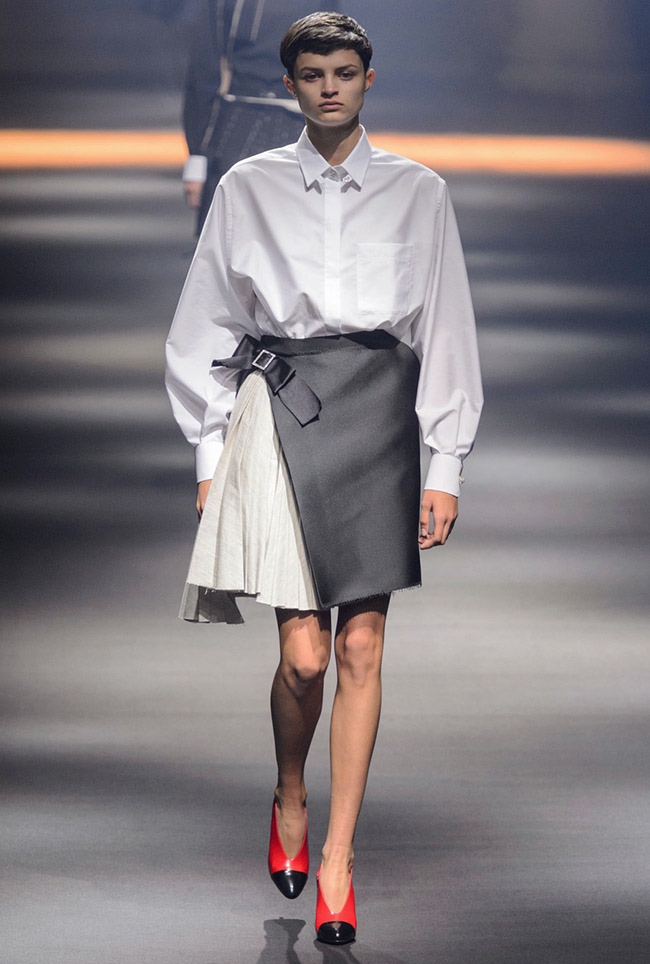 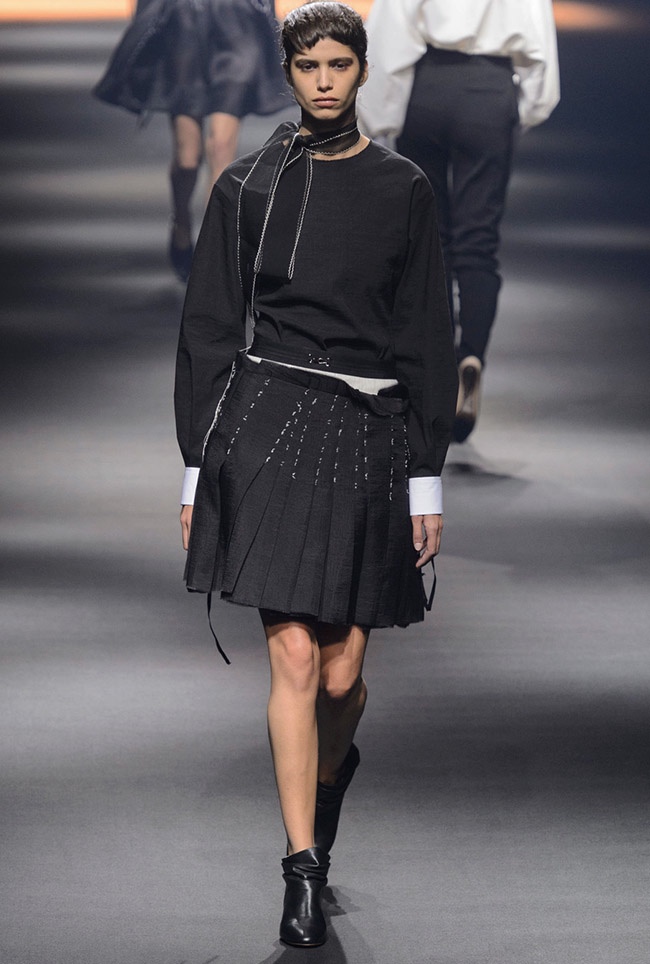 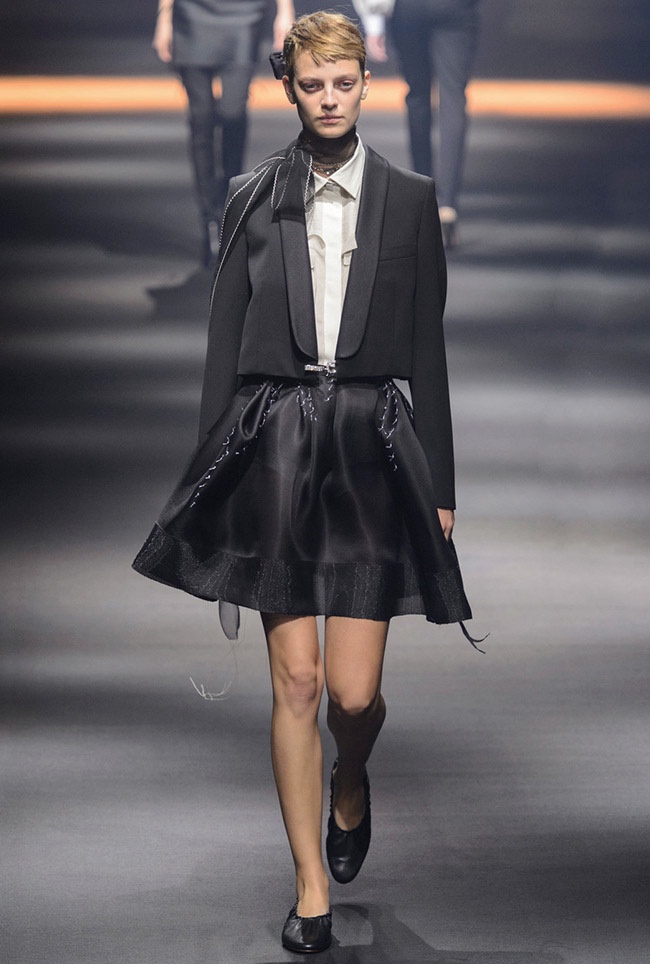 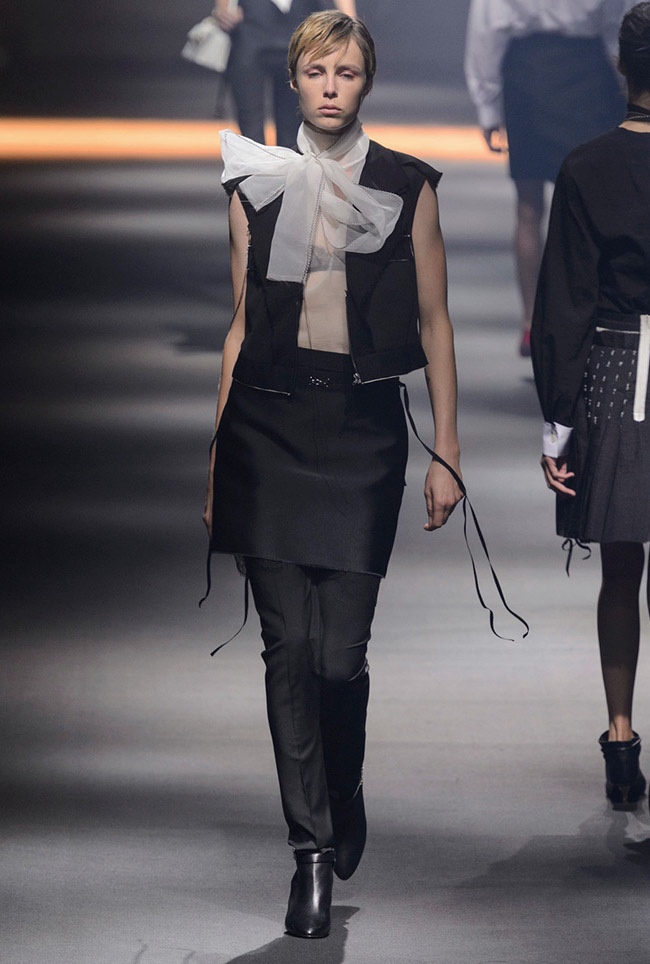 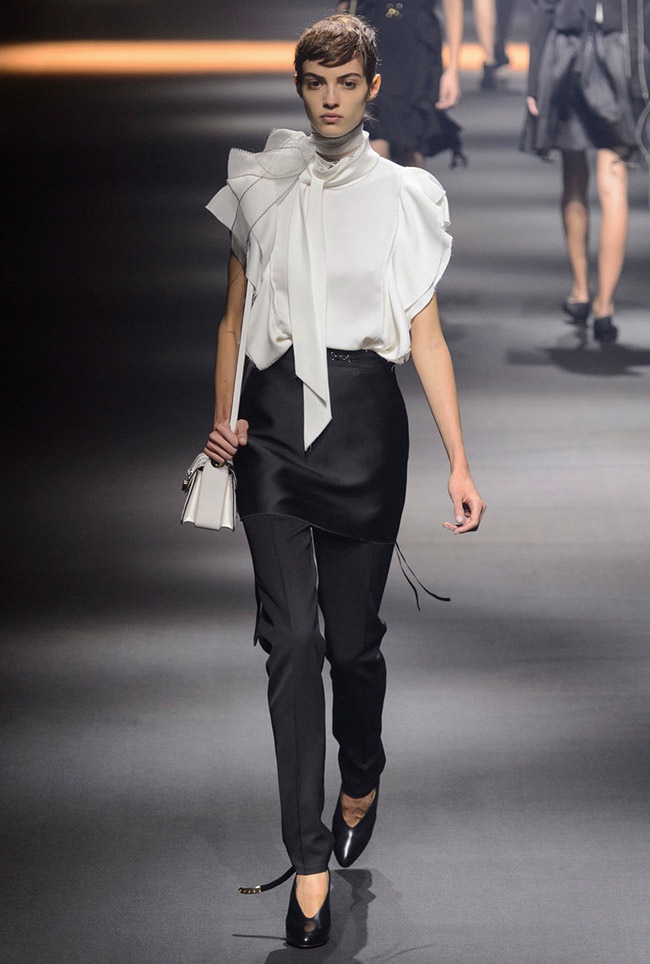 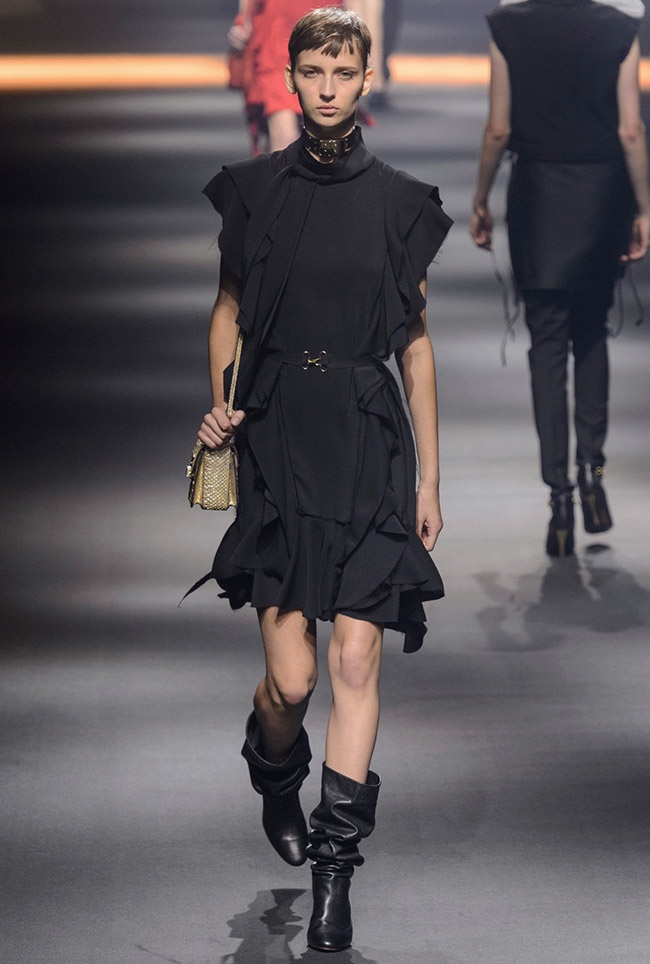 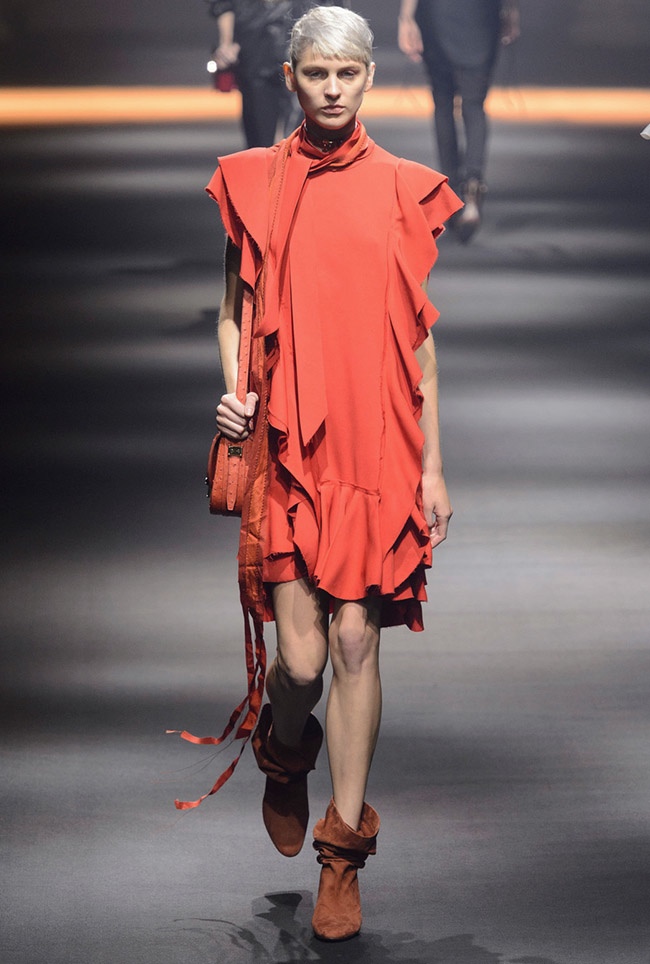 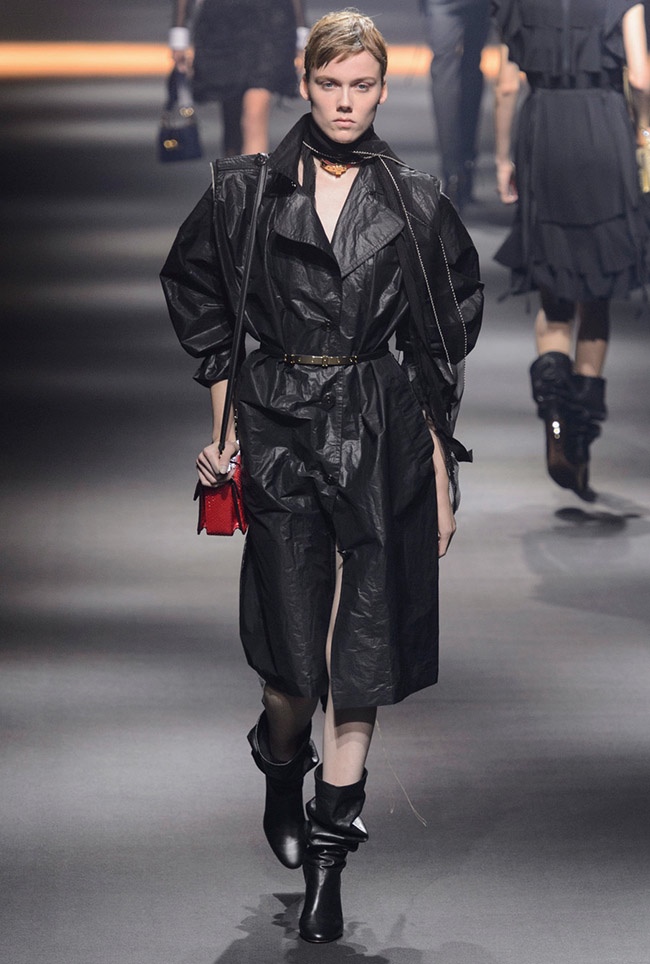 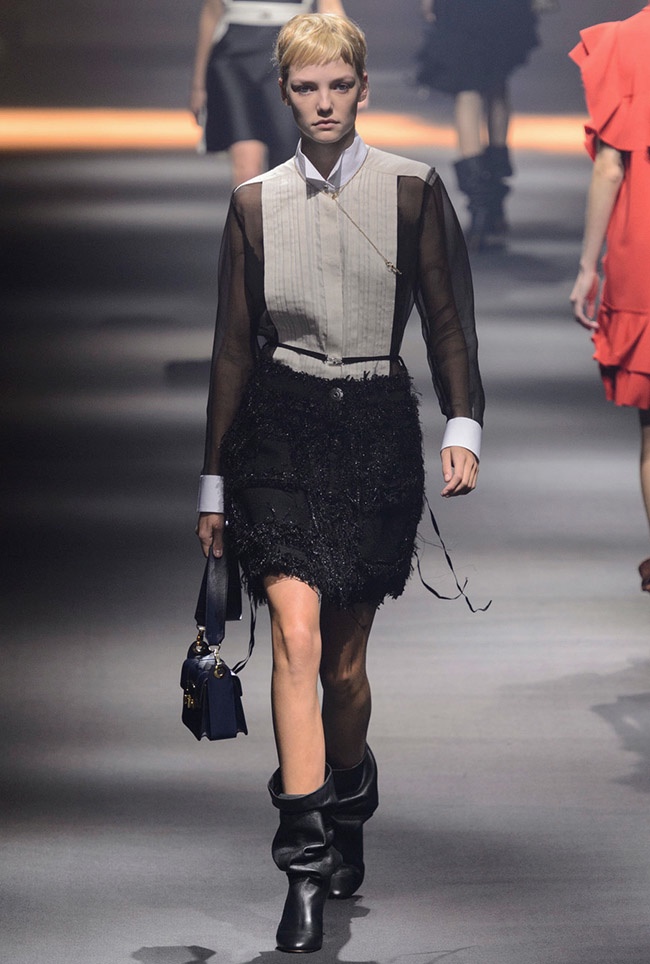 Lanvin’s spring-summer 2016 show opened with the breakout star of the spring runway season—Ruth Bell wearing a men’s inspired white dress shirt paired with black slim-fit pants. The first look gave a hint of what was to come—a collection which was heavily influenced by menswear as shown by the subsequent looks including tuxedo inspired jackets and high necklines. But creative director Alber Elbaz did not leave the Lanvin woman’s signature ladylike style to the wayside.

Elbaz also embraced the ultra-feminine with glittering sequins, delicate lace and bows sometimes just attached to a jacket or dress for decorative effect. During the last third of the collection, it was all about whimsical prints including handbags, heels, pearl necklaces ultimately culminating in the finale look worn by Julia Nobis—a black dress decorated with the words Lanvin, St. Honore and Fabourg in white.