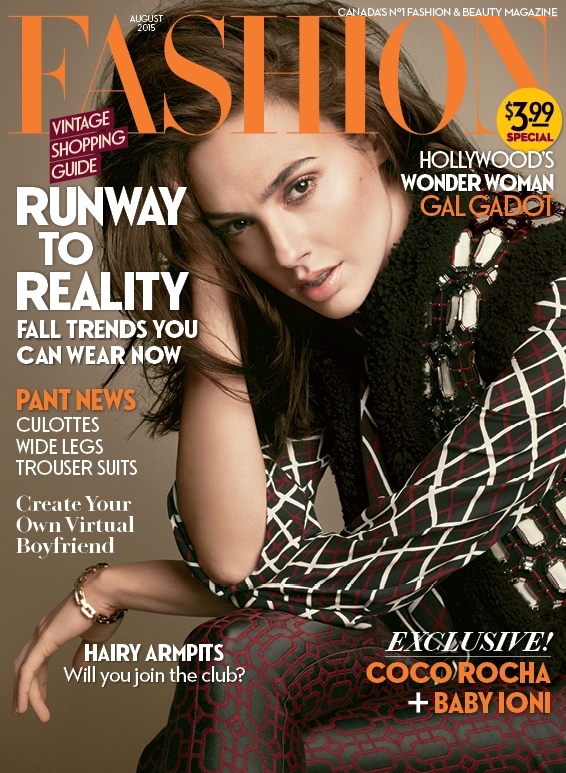 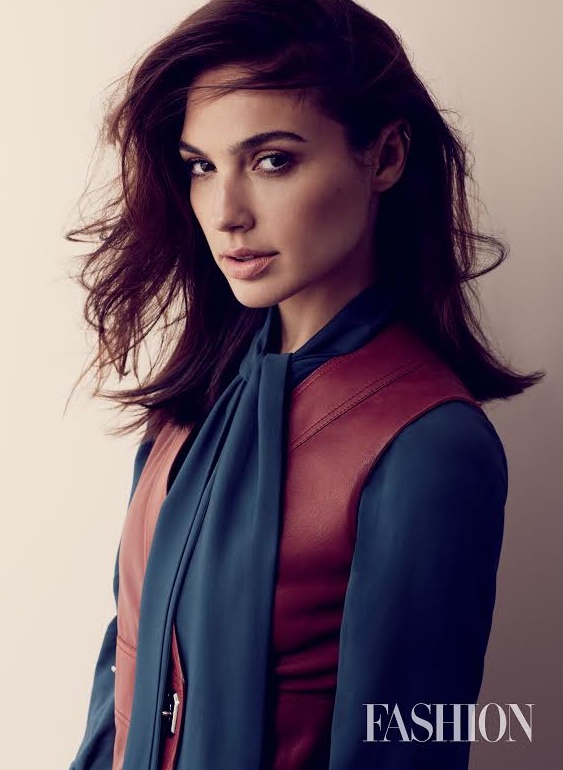 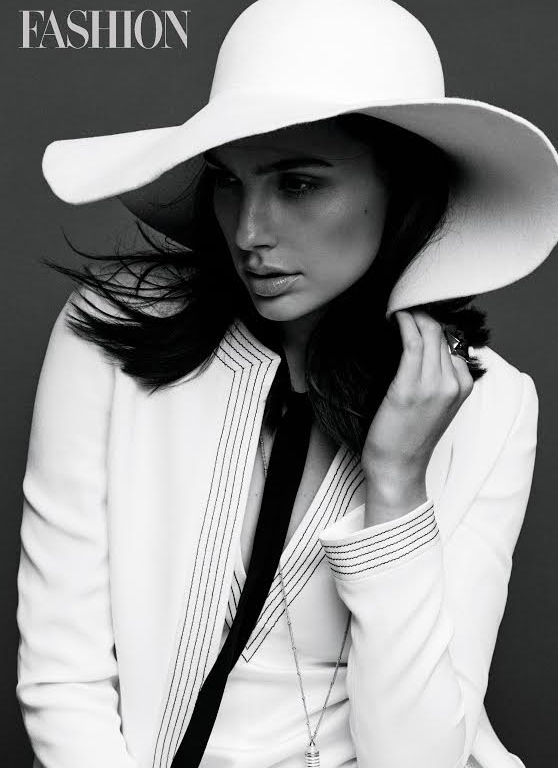 30-year-old actress Gal Gadot graces the August 2015 cover of FASHION Magazine, wearing a Gucci top and pants in the David Roemer lensed image. In her interview, the Israeli talks about playing Wonder Woman, being in the military and more. “Never in my wildest dreams did I think I’d grow up to be in a movie playing someone who influenced as many women as [Wonder Woman] has,” Gal says about the iconic role.