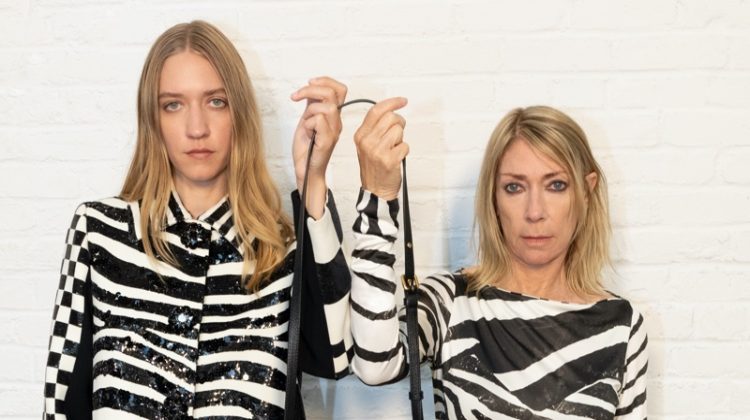 Character Study is the name of the new campaign that Miu Miu released for fall-winter 2022. Sydney Sweeney, Emma Corin, Emily Ratajkowski, Demi Singleton, and Jade Rabarivelo, who are all stars in the fashion and entertainment industries, are among the members of the cast. Lotta Volkova is responsible for the styling, and the portraits are photographed by Tyrone Lebon against minimal backdrops.

Lina Kutsovskaya of Be Good Studios was in charge of providing creative direction for the photo shoot. In one photograph, Sydney Sweeney is seen posing with a black leather shoulder bag that has a gold hardware chain that can be removed. In another picture, Emily Ratajkowski can be seen flaunting a sweater with an argyle print while wearing red short shorts.

Photographed by Tyrone Lebon, their portraits are arresting, defiant and direct. The gaze of each sitter catches ours, in environments that can pretend to be everywhere. The focus of these images is boldly on the personae of these figures, their expressions, and their expression of themselves through their clothes.

With another image, Demi Singleton can be seen sporting sunglasses and carrying a quilted bag. In a different photograph, Emma Corrin wears a sweater and a leather jacket that has a faux-fur collar. The cast appears in the accompanying film, showing off their looks with captivating gazes.