You are here: Home / Celebrity / Cara Delevingne Gets Goofy with Kim Kardashian on LOVE Cover 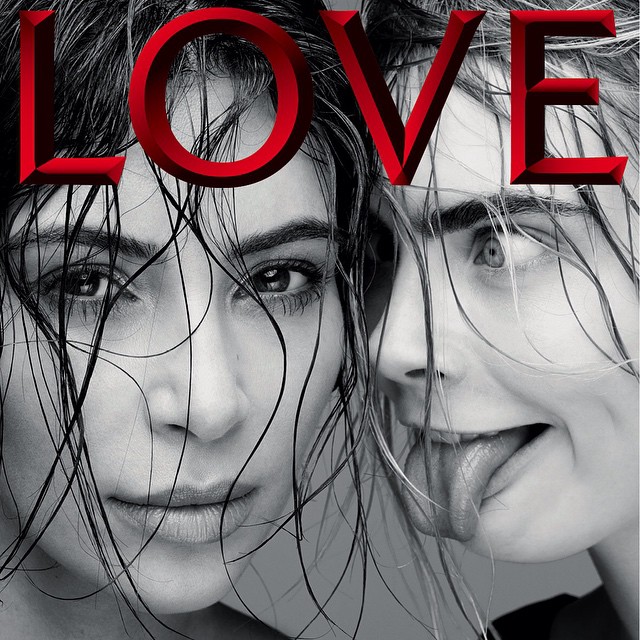 Following up a teaser cover with reality television star Kim Kardashian, LOVE Magazine has released yet another image form its upcoming issue with Kim and Cara Delevingne. Photographed by Solve Sundsbo, Cara shows one of her trademark goofy faces while Kim smiles for the camera. Katie Grand styled the shoot.

The magazine also provided the finale version of Kim’s solo cover which was photographed by Steven Klein with clothing by Prada. 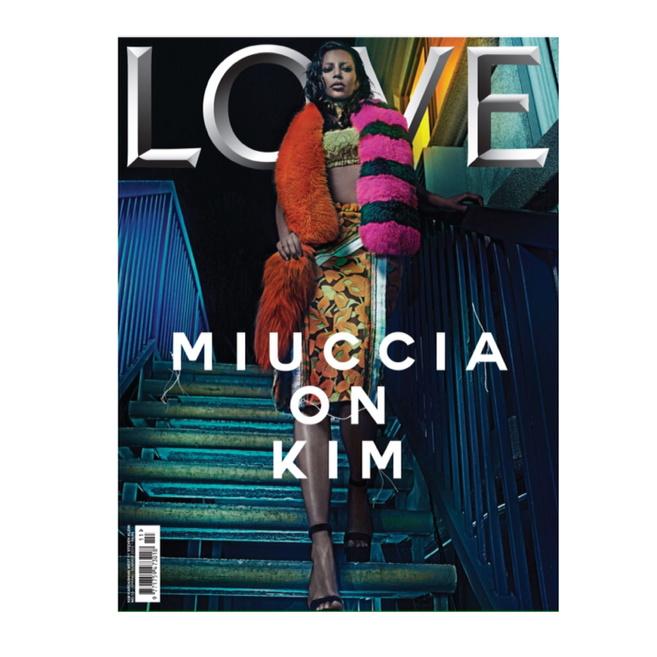