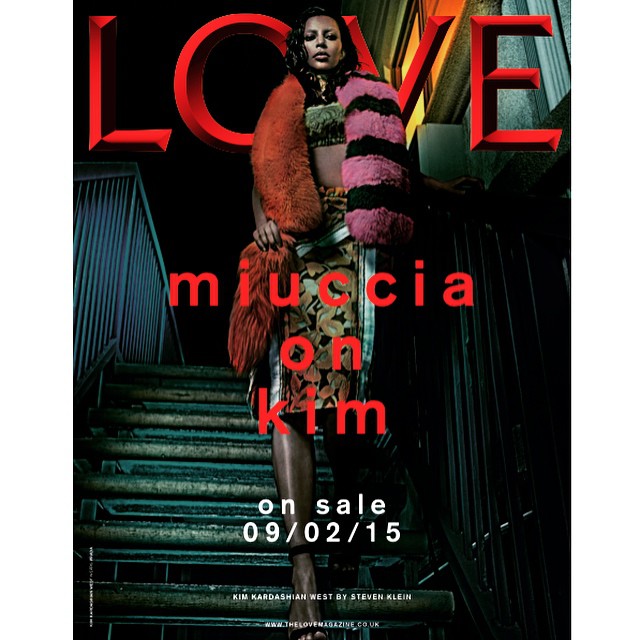 LOVE Magazine has released a teaser of its upcoming issue starring Kim Kardashian on the cover. The reality television star wears a look from Prada in the image captured by Steven Klein. Swathed in fur stoles as well as a crop top and knee-length skirt, she wears her hair in retro waves for the moody image. The 13th issue of LOVE hits newsstands on February 9th.