You are here: Home / Fashion / Campaign / Teaser: Gisele Bundchen for Chanel No. 5 Film 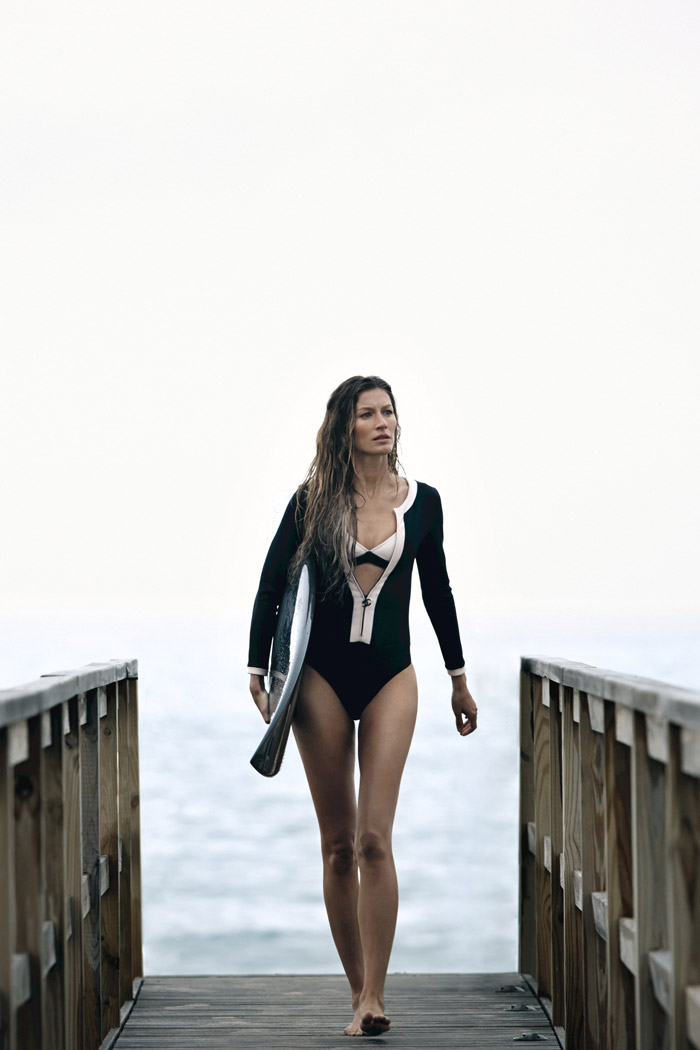 Gisele Teaser–After the news was announced in May of this year, we finally have a first look at Gisele Bundchen for her Chanel No. 5 advertisement. Past faces of the iconic fragrance include Brad Pitt and Nicole Kidman. The brand has released a teaser video for a film directed Baz Luhrmann. In the 15 second clip, you see Gisele glomming it up as she models in a shoot and heads to the beach for some surf. Look out for the full film on October 15th.