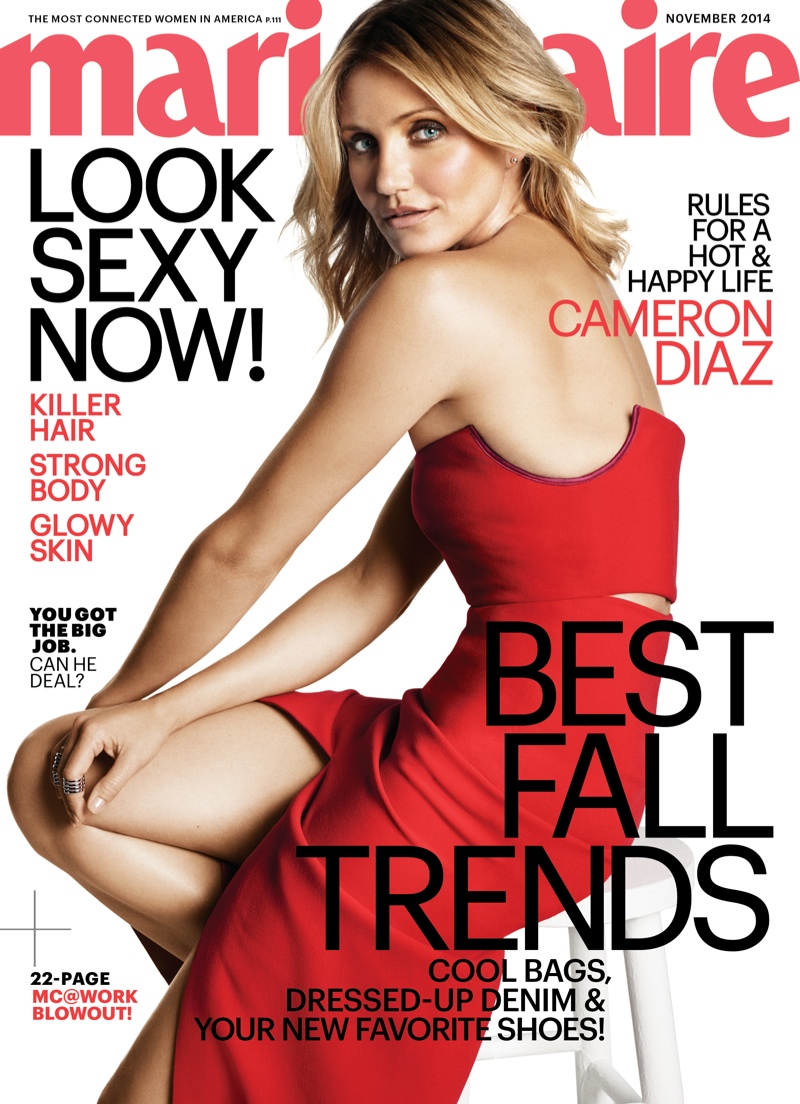 Cameron on Marie Claire–Actress Cameron Diaz lands the October 2014 cover of Marie Claire US, wearing a red hot dress in an image photographed by Michael Thompson. The blonde shows off her svelte physique in a black and white image for the issue as well. Inside the magazine, Cameron opens up about her role in the up-coming “Annie” remake.

Related: Cameron Diaz Poses for Harper’s Bazaar, Talks Pressure to Have Children at 42

She says, “It’s not very often you get to do a musical. Even though I was terrified of doing it, I kind of had to. The two things I’m most terrified of are heights and singing in front of people. I’ve jumped out of airplanes and scaled sides of cliffs – not to get over my fears, but to address them. I just felt like this is something that needed to be addressed. I cried uncontrollably. Everybody was so supportive and having fun with it because I was so pathetic, but the only way to get through scary things is to have a sense of humor about it.” 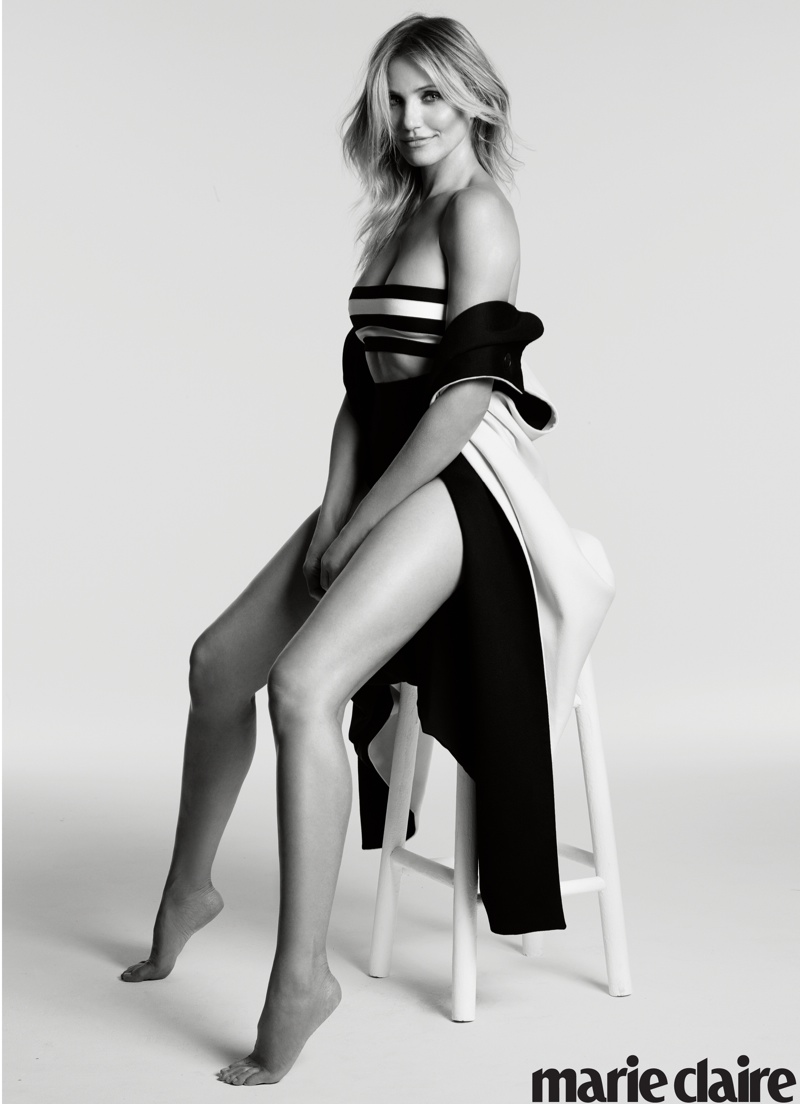