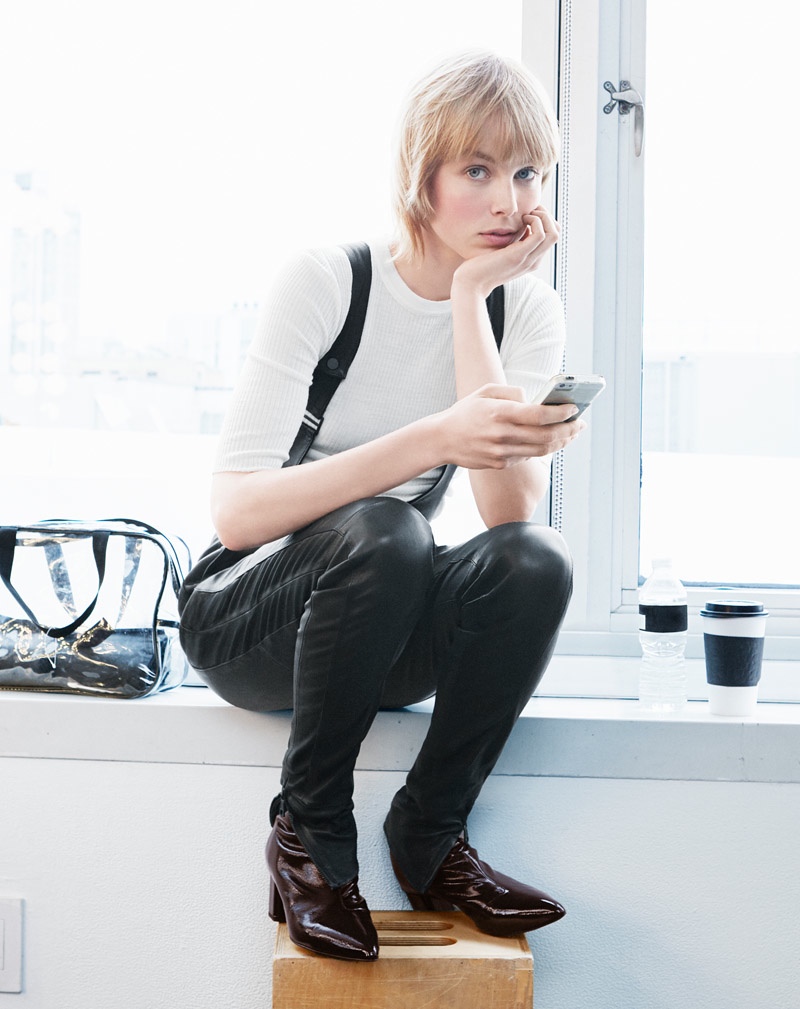 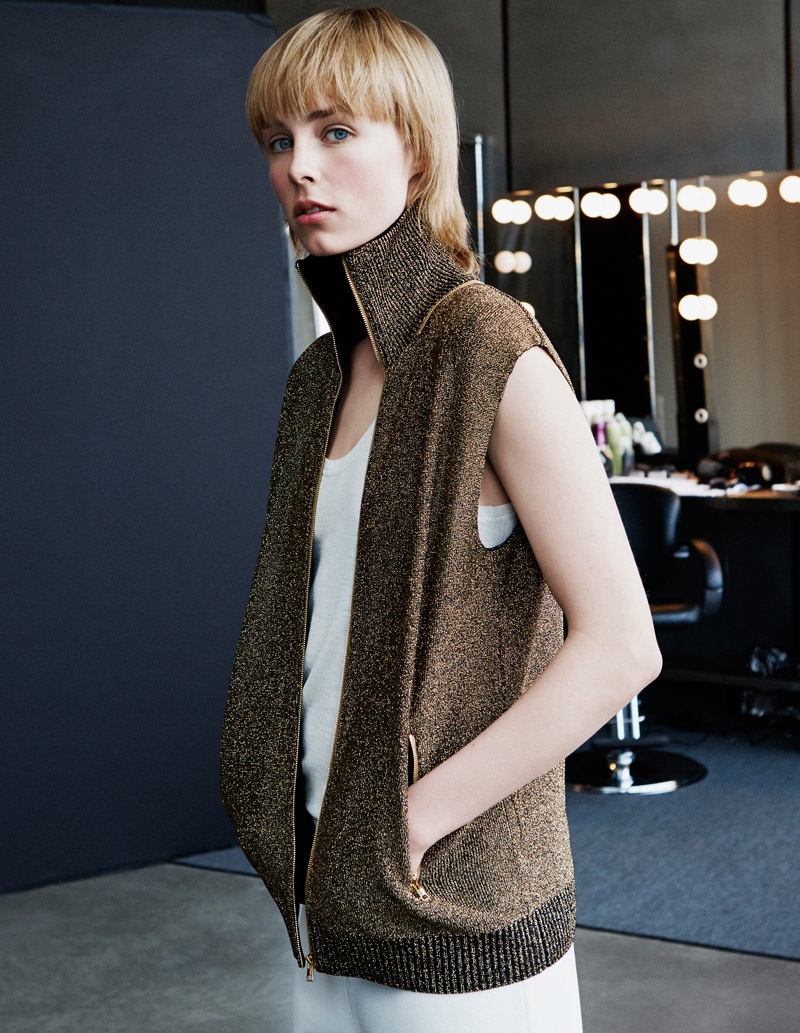 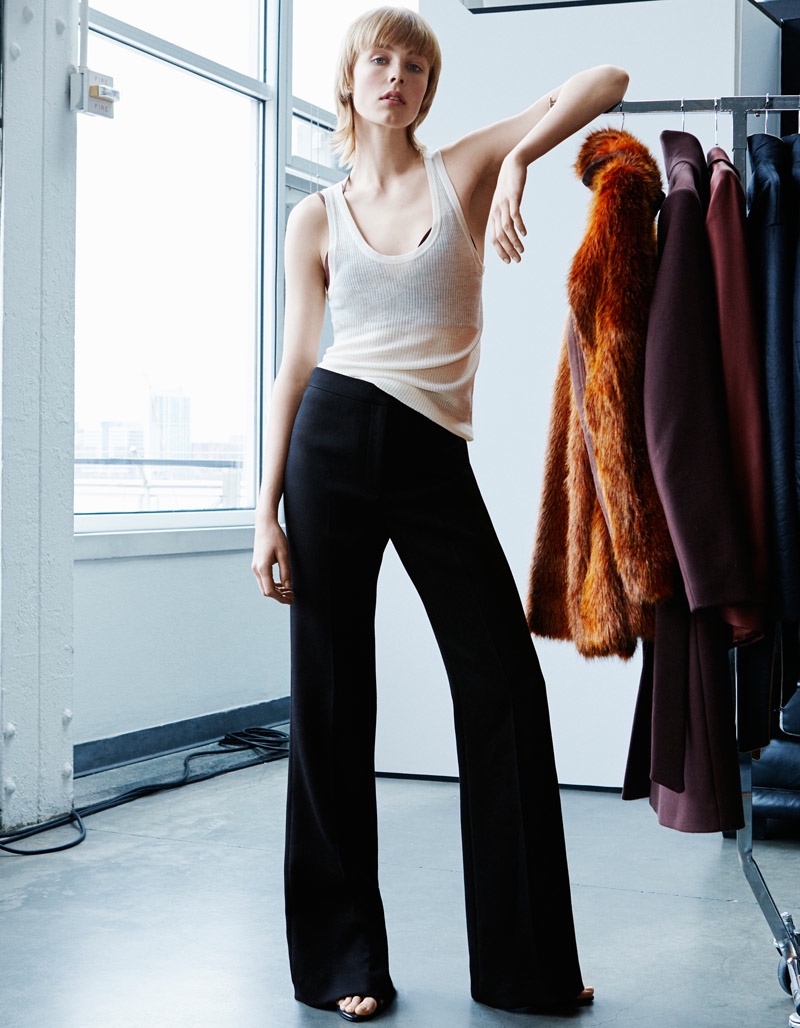 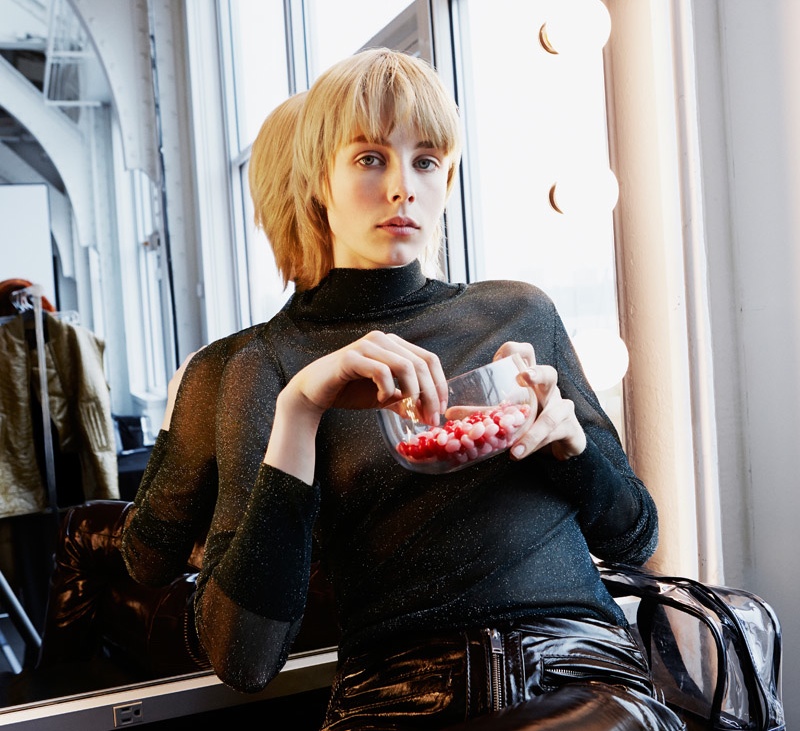 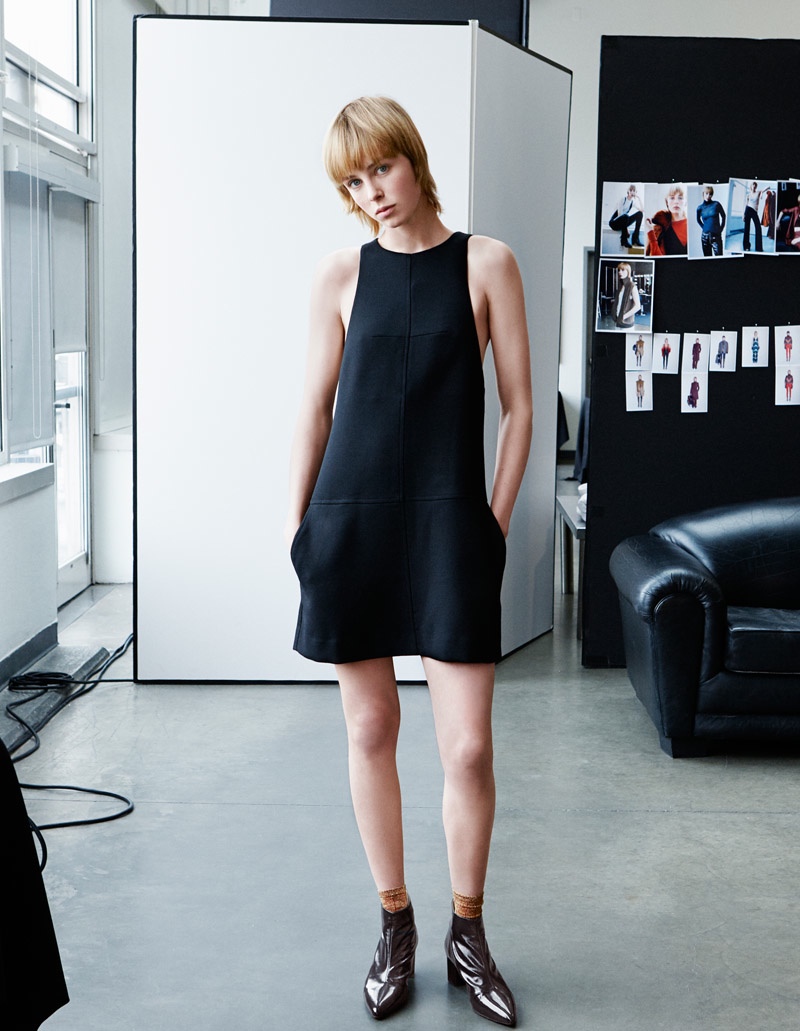 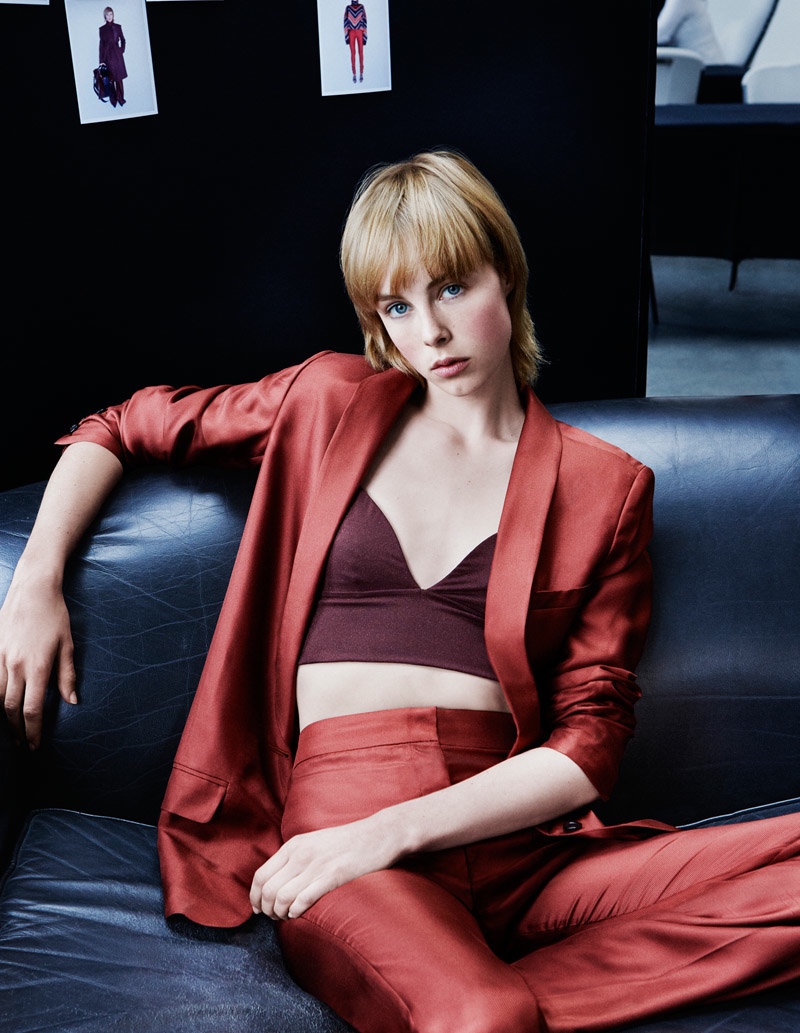 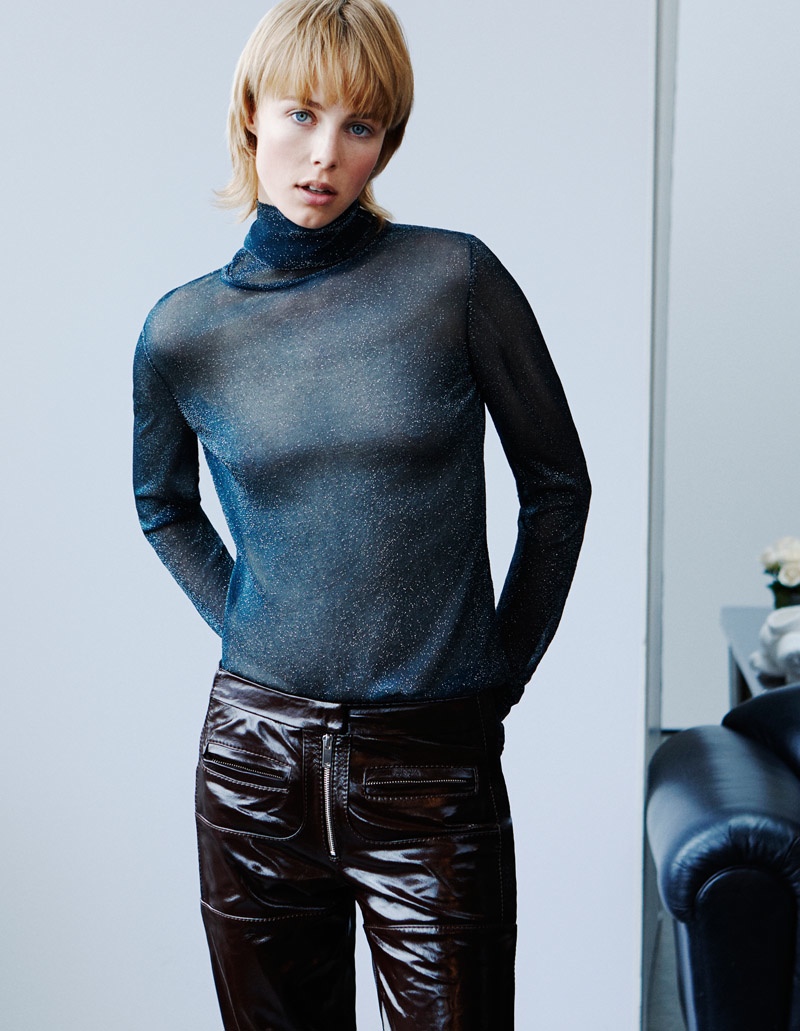 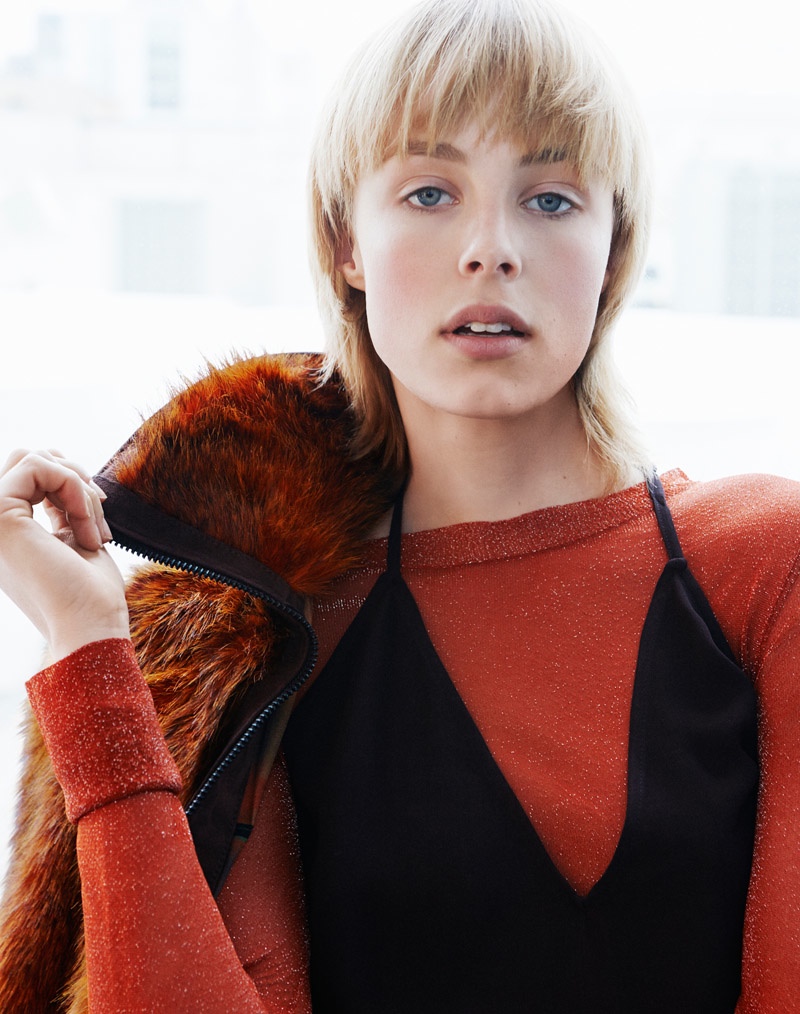 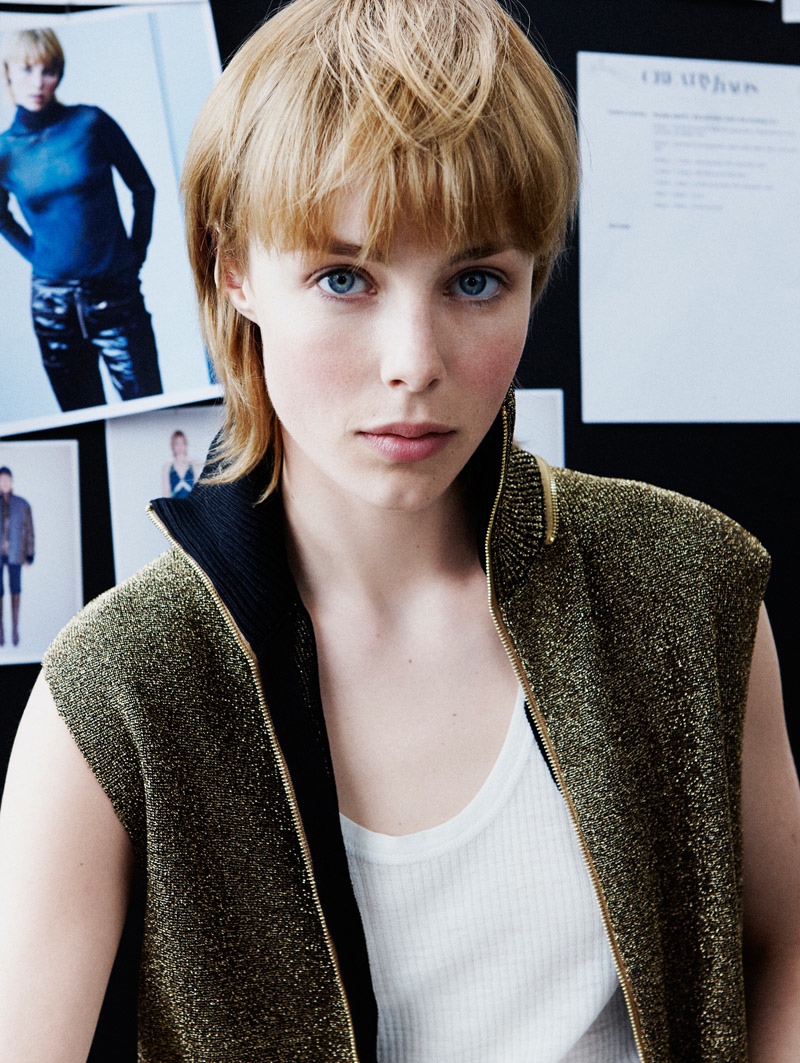 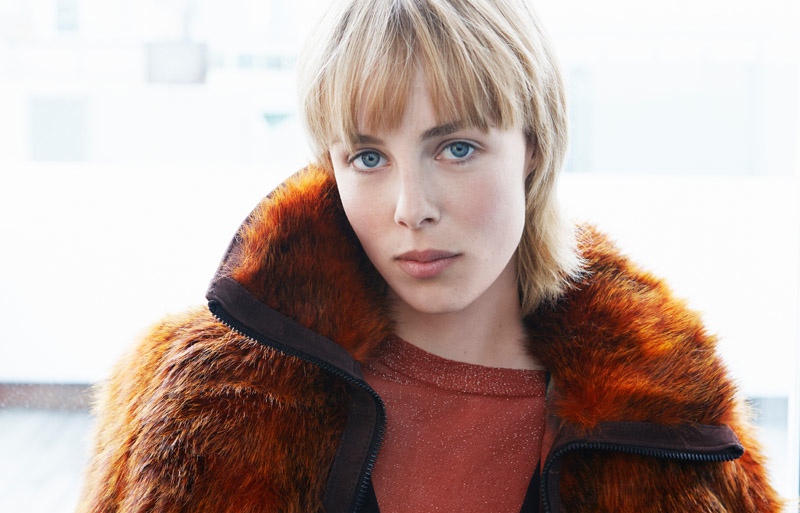 Launching a campaign for the H&M Studio collection which was first previewed during Paris Fashion Week, H&M taps Edie Campbell as the face of its fall-winter 2015 advertisements. Out in stores on September 10, the lineup includes athletic inspired fashions. Photographed by Daniel Jackson, the short-haired model gives a cool vibe in the H&M Studio campaign.

Edie says about the new collection, “I like the reinterpreted-70’s vibe, but for space age! It’s fun to think about the future in a nostalgic way. The prints are great, and there are loads of cool fabrics –scuba, patent leather, and silks.”