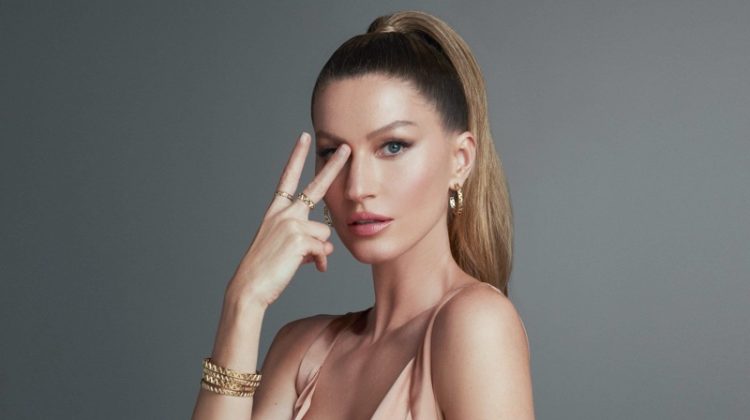 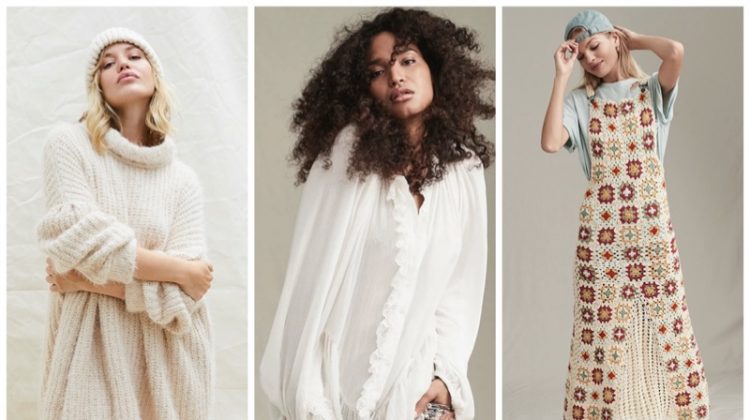 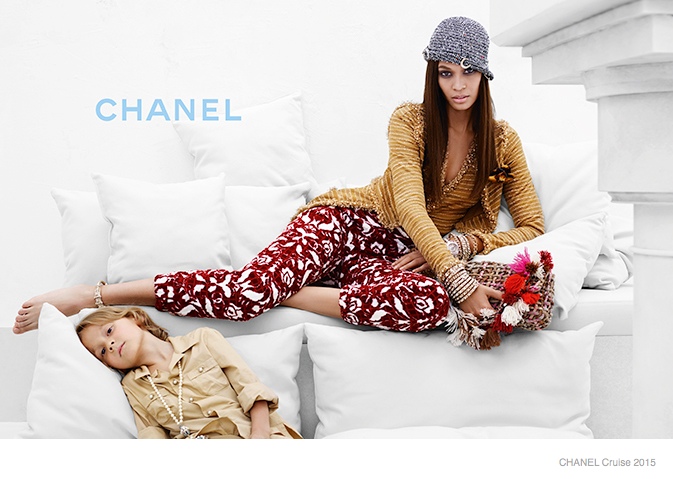 Chanel Cruise 2015 Ads Revealed–Lounging poolside, Joan Smalls stars in the cruise 2015 advertisements for Chanel, marking her first solo campaign for the brand. The Puerto Rican beauty is joined by Hudson Kroenig, who is the son of male male model Brad Kroenig in a series of images captured by Karl Lagerfeld. Joan wears sumptuously layered looks from the cruise collection which is inspired by orient romanticism. 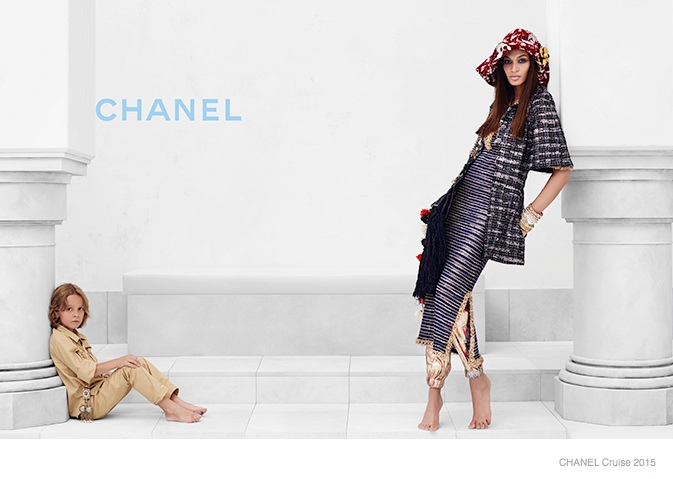 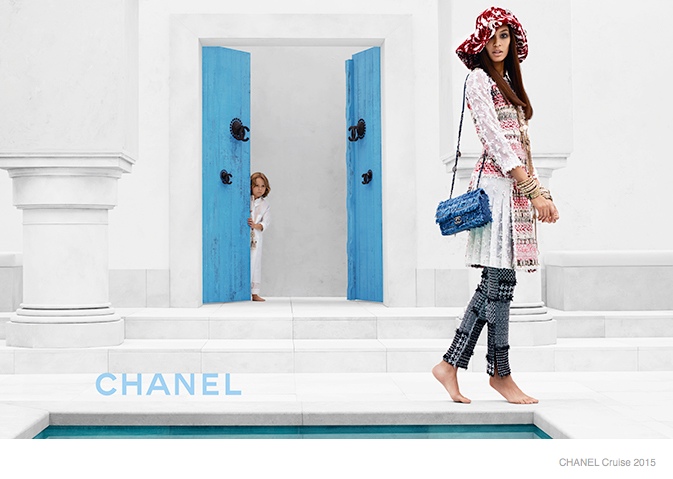 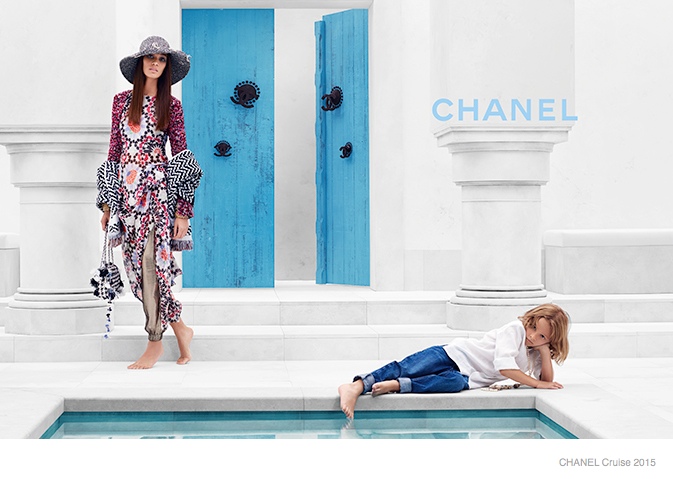 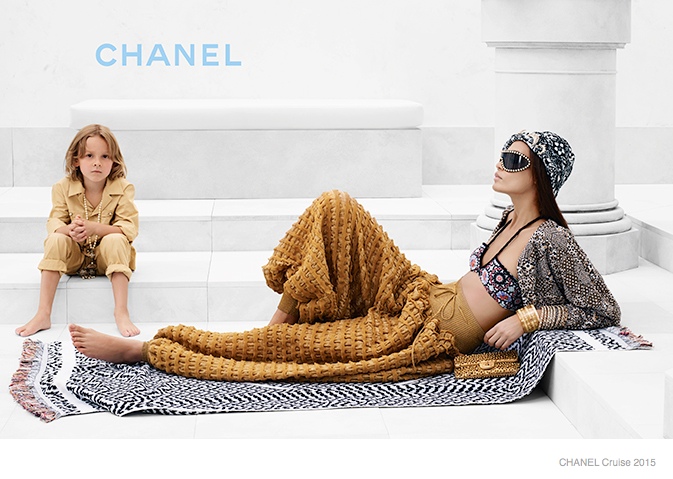 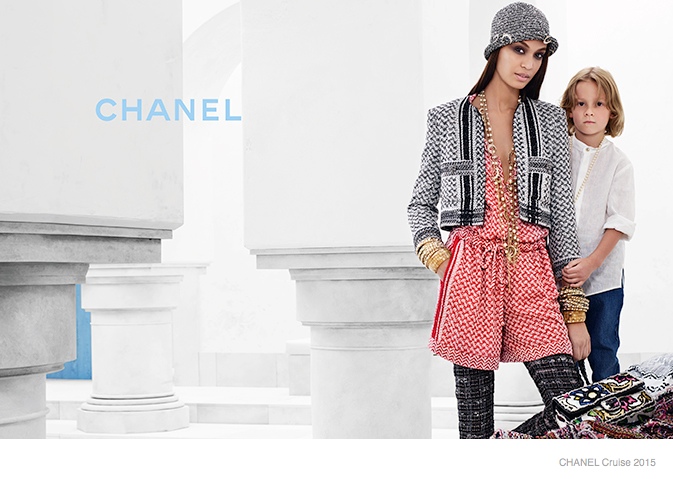 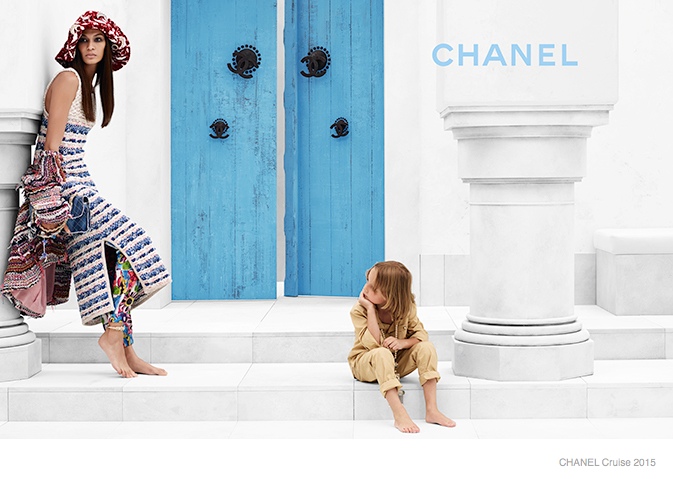 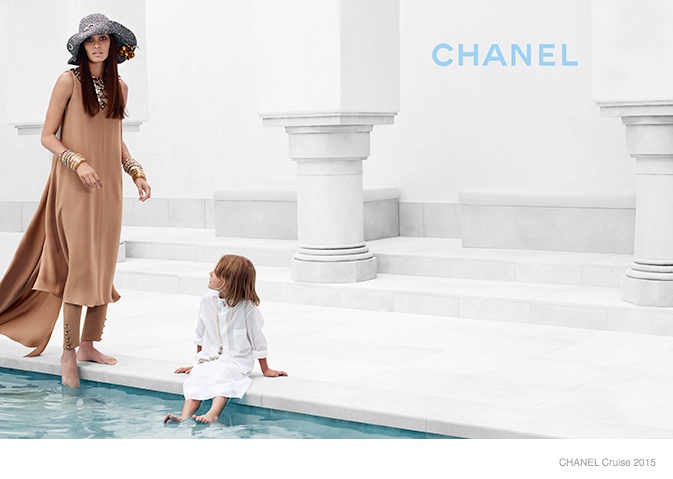 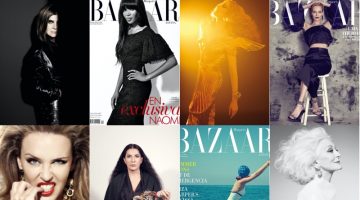