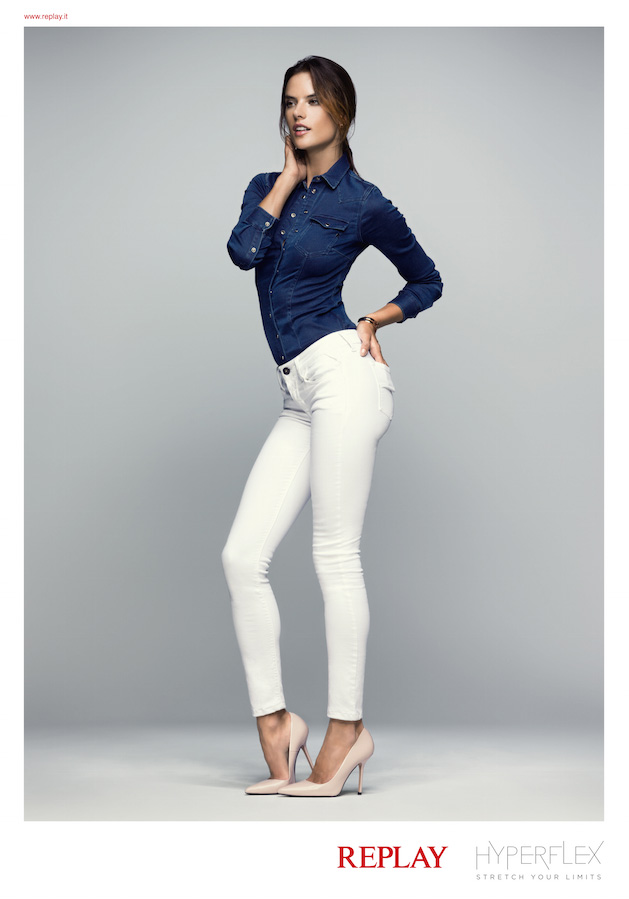 Brazilian model Alessandra Ambrosio plays a doctor for the new Replay Hyperflex denim campaign. The new line of denim touts a 100% elasticity which is put to the test with football players showing off their moves in the jeans. As for Alessandra, she plays a clothes scientist of some sort in the film which features models having a tug of war over the pants and even twerking. Discover the video below.