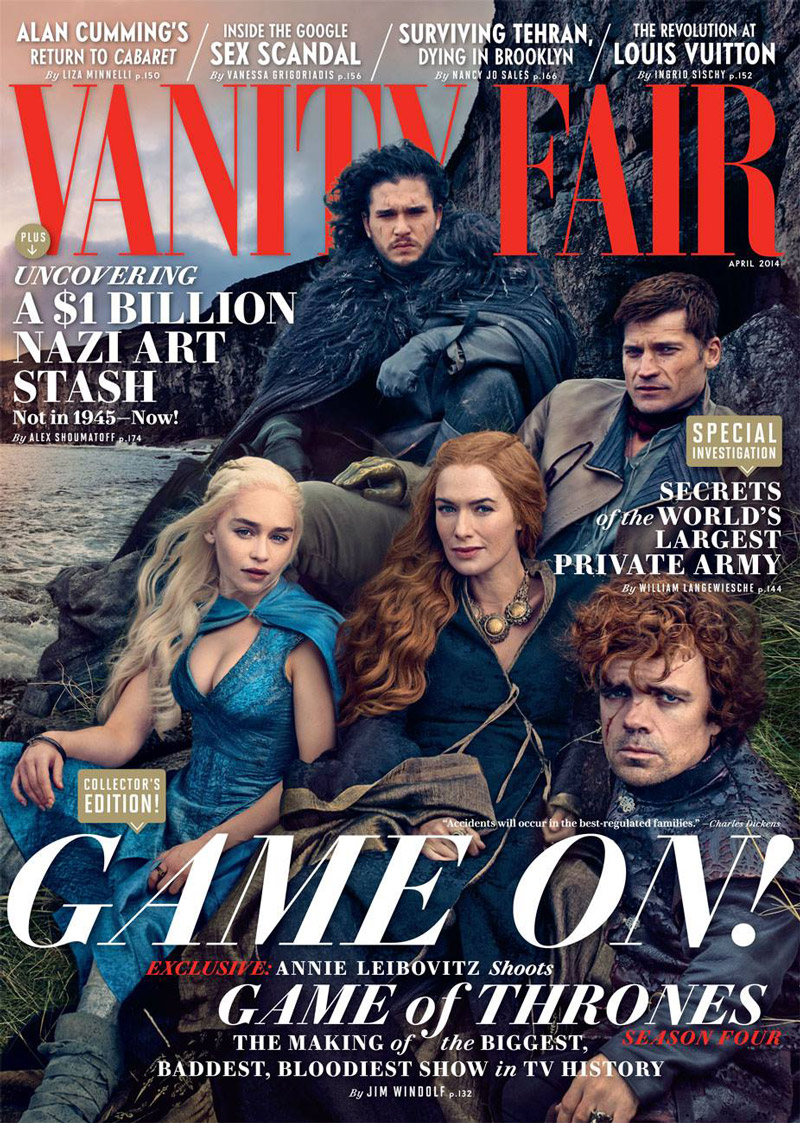 Next month marks the return of “Game of Thrones” fourth season, and to kick off the big event, the cast covers Vanity Fair’s April 2014 issue in character. Annie Leibovitz captures Emilia Clarke, Kit Harrington, Lena Headey, Peter Dinklage and Nikolaj Coster-Waldau. Emilia, who plays Daenerys Targaryen, has already been landing fashion covers (as herself) for the likes of FLARE Magazine and Glamour France. The new issue of Vanity Fair hits newsstands on March 13th.