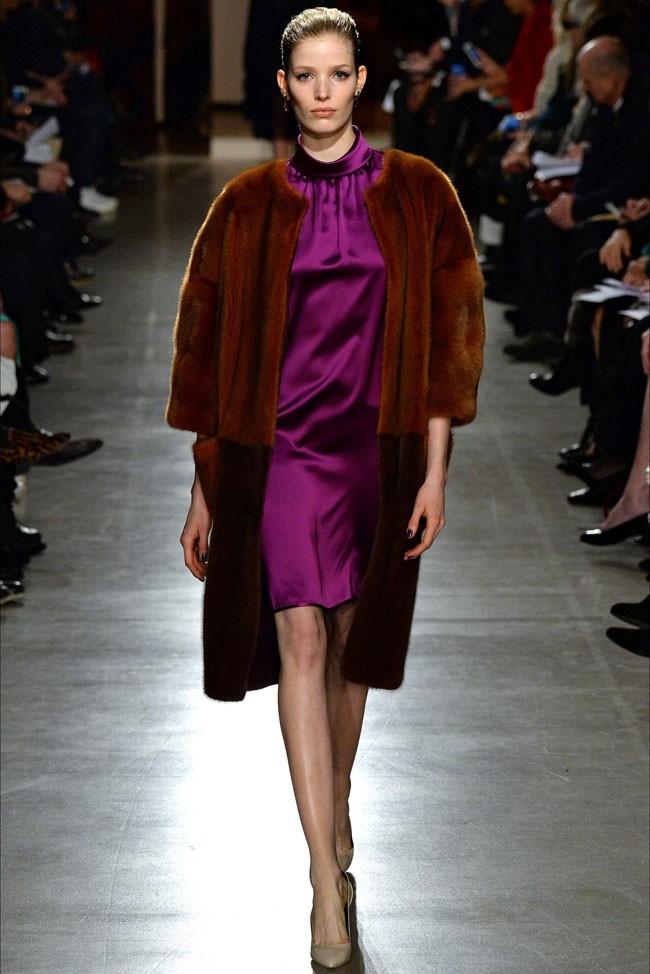 Only several months after Oscar de la Renta’s passing, former Nina Ricci designer Peter Copping took the reigns for the label’s fall-winter 2015 collection shown on Tuesday during New York Fashion Week. Copping’s approach appeared to pay homage to the late Mr. de la Renta with an outing of ladylike looks that ranged from day to night. There’re were high necklines coats, flared skirts and tweeds. While more formal attire focused on rich jewel tones and dramatic silhouettes with full skirts. Copping also offered his own vision of the Oscar de la Renta woman with a sleek selection of gowns such as a burgundy number modeled by Josephine Le Tutour.