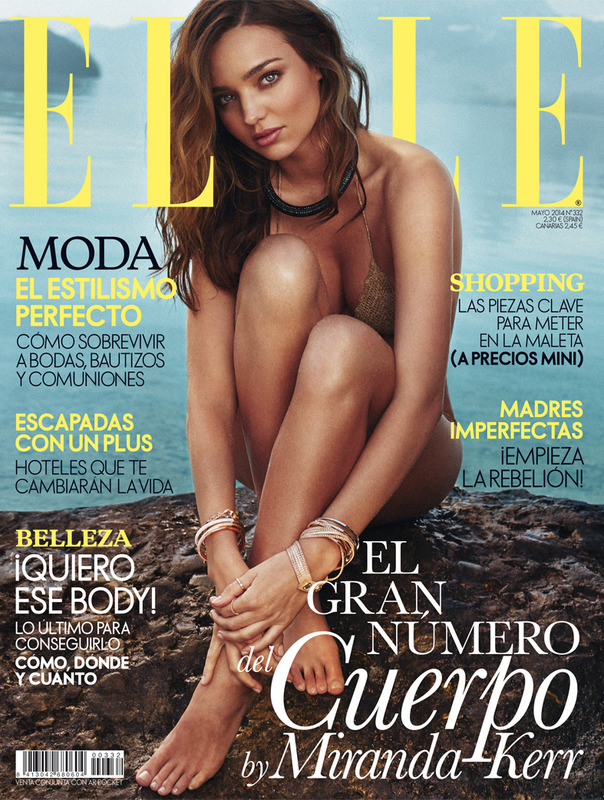 Miranda Gets Bronzed for Elle—Looking like a golden goddess, Miranda Kerr graces the May cover of Elle Spain, wearing a bikini and seductive expression. The image was captured on the shores of Lake Lucerne in Switzerland, where the Australian model posed with her legs crossed and showing off jewelry looks. Elle even calls Miranda a worthy heir of 90s supermodels for the cover feature.

Read Miranda’s GQ UK feature where she opens up about her bedroom habits.