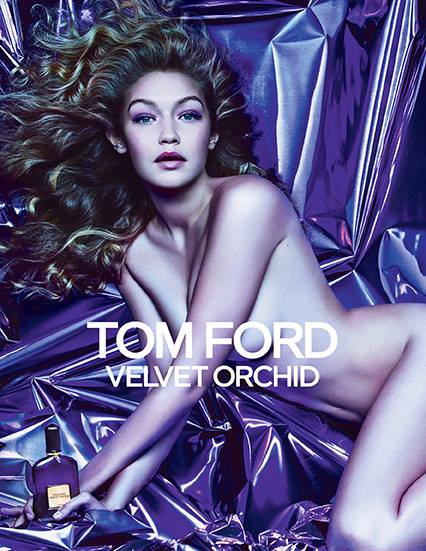 Gigi’s Big Reveal–Shot for the campaign of Tom Ford’s newest fragrance, Velvet Orchid, Gigi Hadid appears naked in a sexy image lensed by Mario Sorrenti via Harper’s Bazaar. Just barely covered, Gigi is all curves in the advertisement with big and bold blonde curls. This fragrance ad follows up Gigi’s appearance in a Miguel music video and photo shoot for The Daily Front Row. The Sports Illustrated model seems to be on a roll lately. 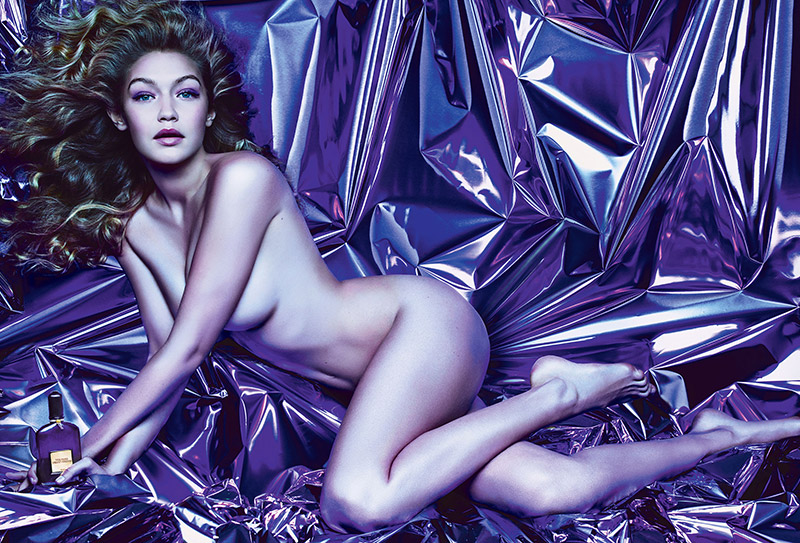