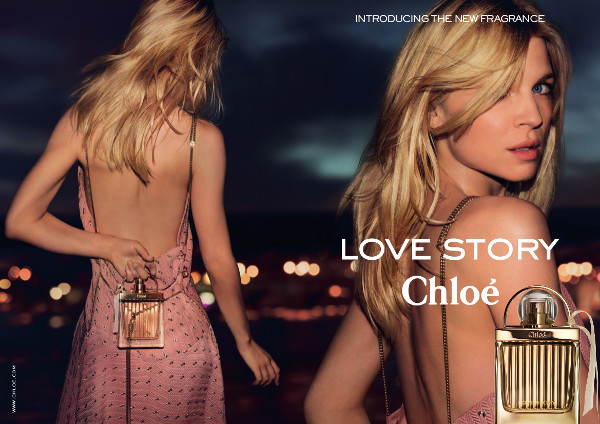 Chloe’s Love Story Revealed–After the announcement was made In March, Clemence Poesy’s Chloe campaign has been released via The Moodie Report. In the image, Clemence is shown posing against the backdrop of Paris, France, at night. The design of the bottle is inspired by the “Love Locks” of Pont des Arts, a French bridge were visitors adorn the structure with padlocks to show their love for a significant other. Clemence appears sultry and elegant with wind-swept hair and pink dress in the advertisement.What do you think of the ad?