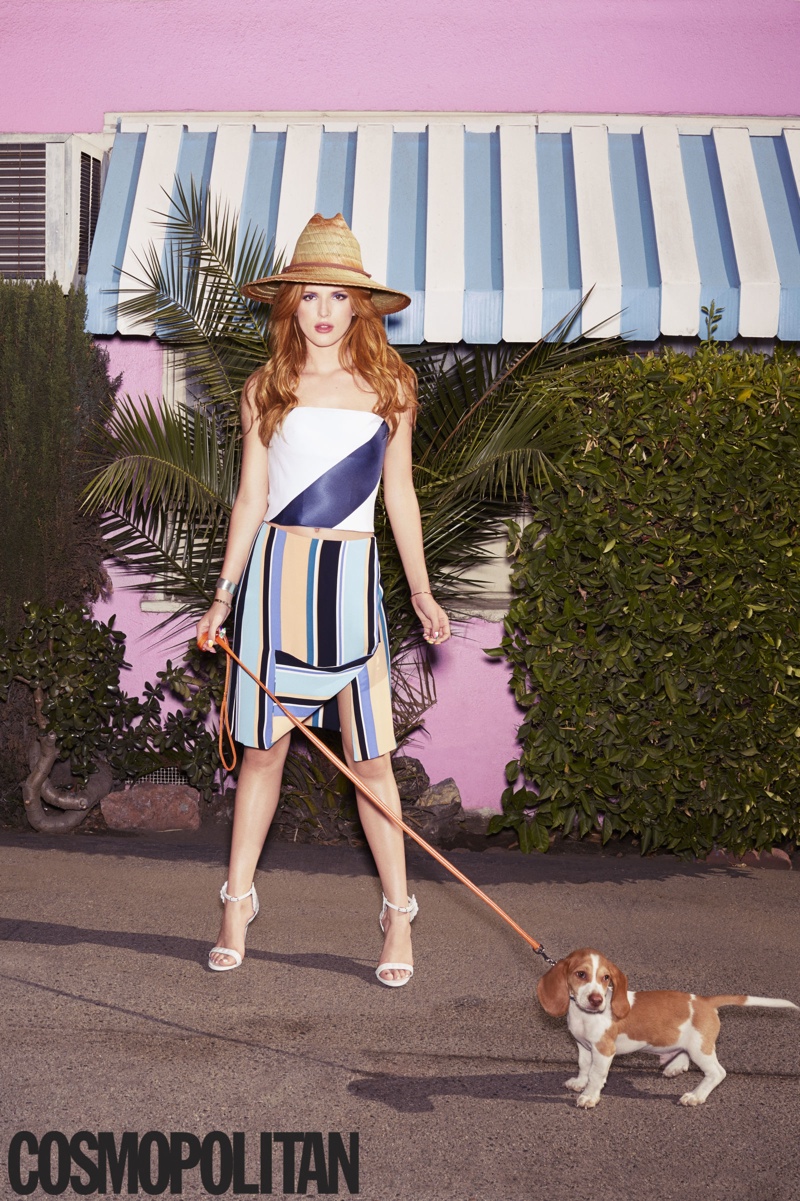 Actress Bella Thorne appears in the February 2015 issue of Cosmopolitan which also features Kylie Jenner on the cover. The star of the upcoming film called, “The DUFF” poses for Dan Monick in a colorful set of images where she models crop tops, stripes and even an umbrella in one shot. In her interview, she addresses the pressure to look perfect, dealing with haters on social media and more. 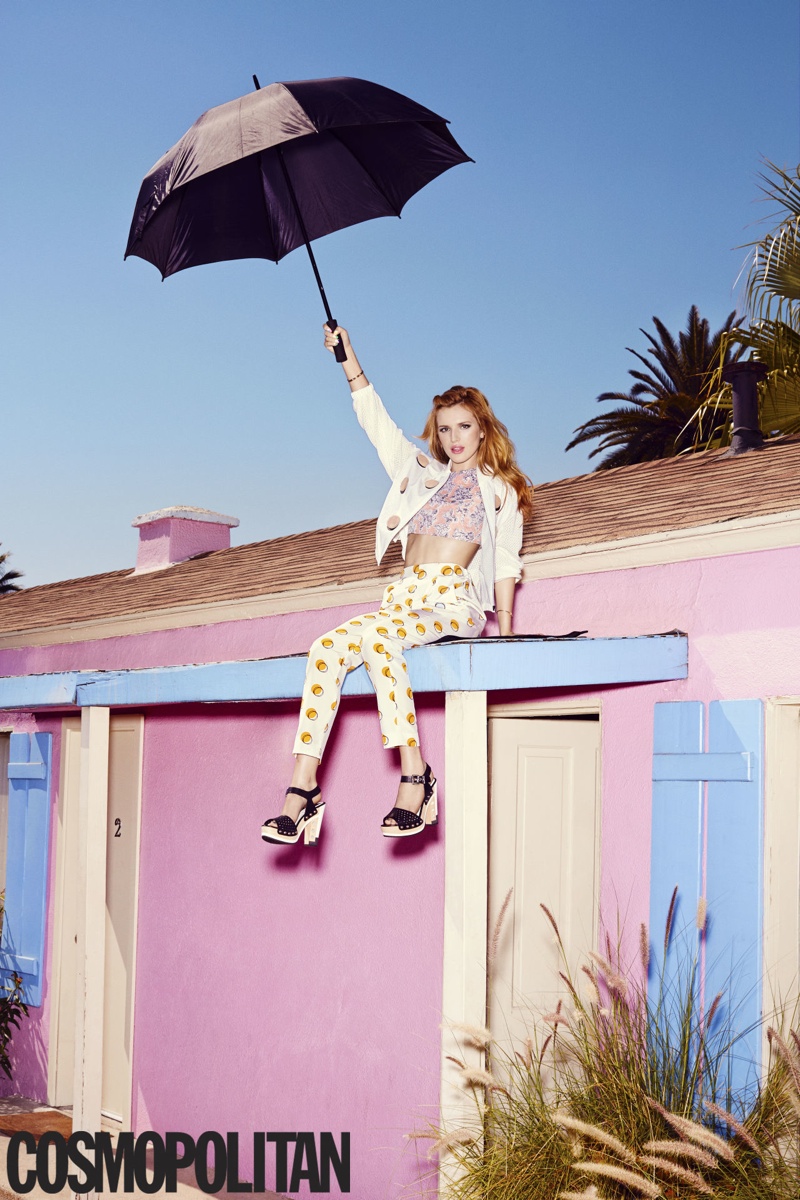 On the pressure to look/act perfect 24/7:
“I think a lot of girls do, and it’s unfair because guys don’t. Guys can have acne scars and be overweight or rude. If a girl is the least bit sarcastic or she speaks out about something, she’s a bitch. It’s completely messed up.”

On dealing with haters on social media:
“If a girl wears a bathing suit, she is a ho and is body-shamed. If you don’t show your body, you’re a prude. You take pictures with a guy and you’re a ho; you take pictures with a girlfriend and you’re a lesbian. I don’t understand how girls can sit there and pick one another apart. My friends and I don’t do that. Even if I’m not having a good day, my friends are always like, ‘But babe, your style is impeccable. I love your shoes.’ No matter what, we always pick out the good things.” 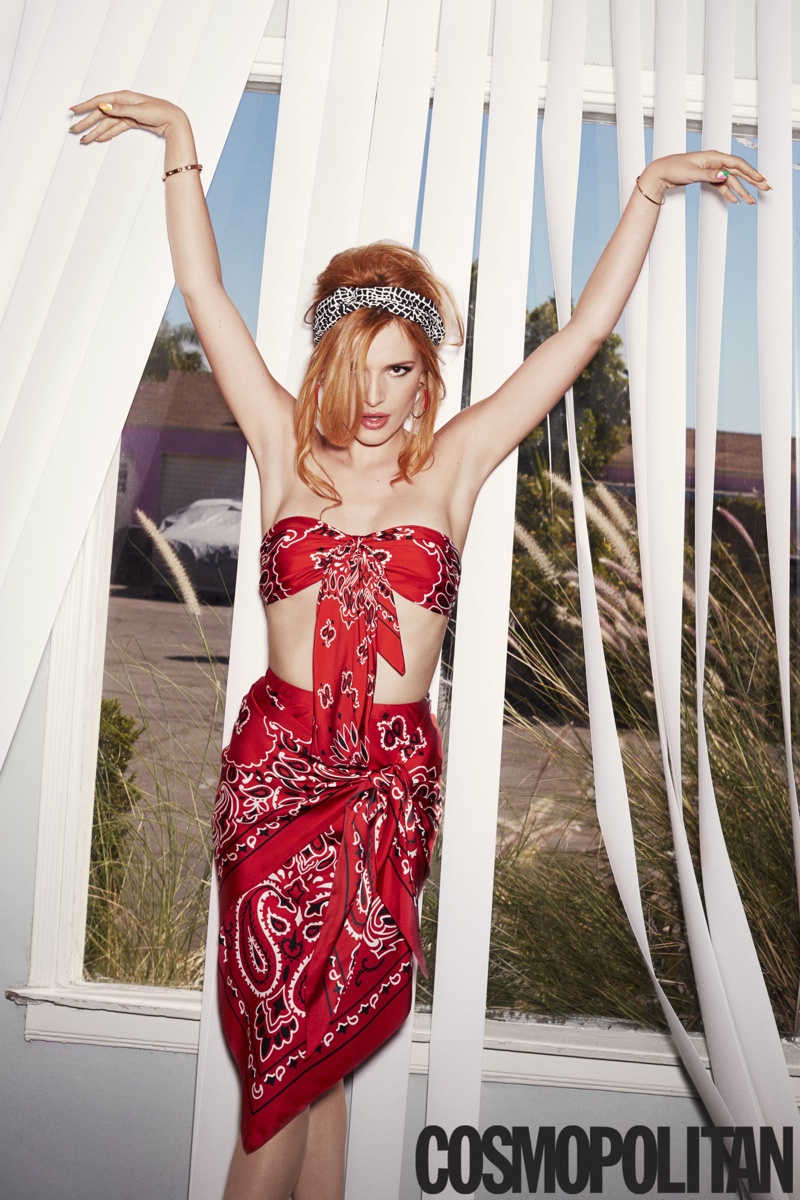 On her on and off boyfriend Tristan Klier and what she learned:
“Do not stalk who [guys are] following on Instagram, thinking, ‘She has this. Maybe he likes that?’ That’ll just kill you. Take it from a girl who never had boobs. Every woman in my family has huge boobs. And the girls in Tristan’s school—I don’t know what’s in their food, but all their boobs are legit huge. I was always flat-chested, and that really gave me a complex growing up. Once I stopped stressing about them, they grew.”