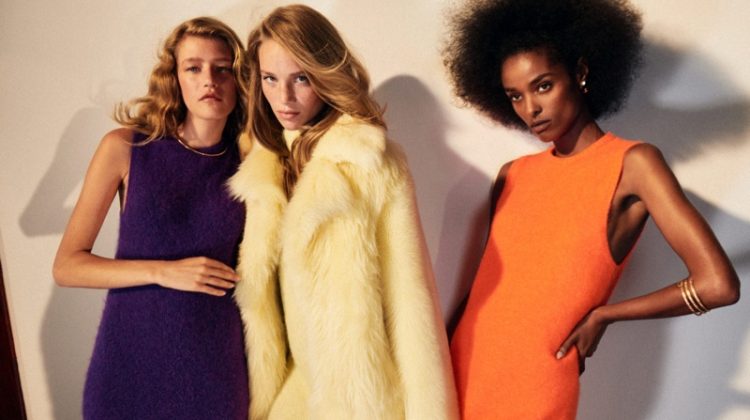 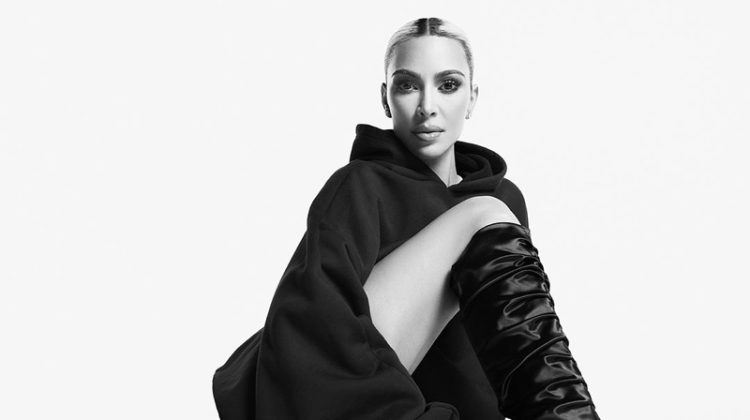 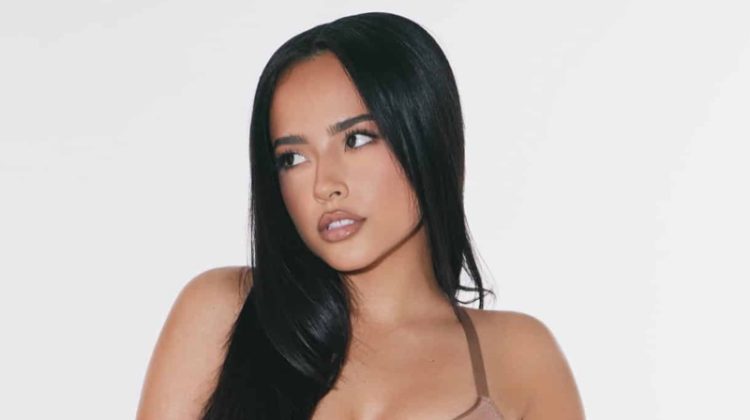 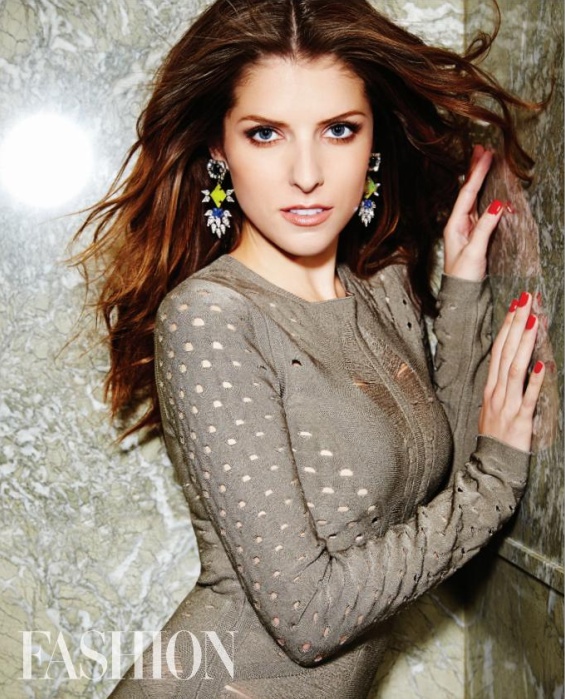 “Into the Woods” star Anna Kendrick graces the February 2015 issue of FASHION Magazine, wearing a mint-green striped top from Fausto Puglisi. The actress and face of Kate Spade opens up in her interview about her role as Cinderella in the film, fashion, her passion for musical theatre and more.

On the prince in Into the Woods:
“The idea that Cinderella gets cheated on by her prince is the most twisted and genius concept.”

On finding – or not finding – her Prince Charming:
“The wrong kind of guy to fall in love with is the guy who will let go of the steering wheel as a joke. A guy who finds it amusing to make you uncomfortable – which is more common that you’d think – is someone you want to avoid.” 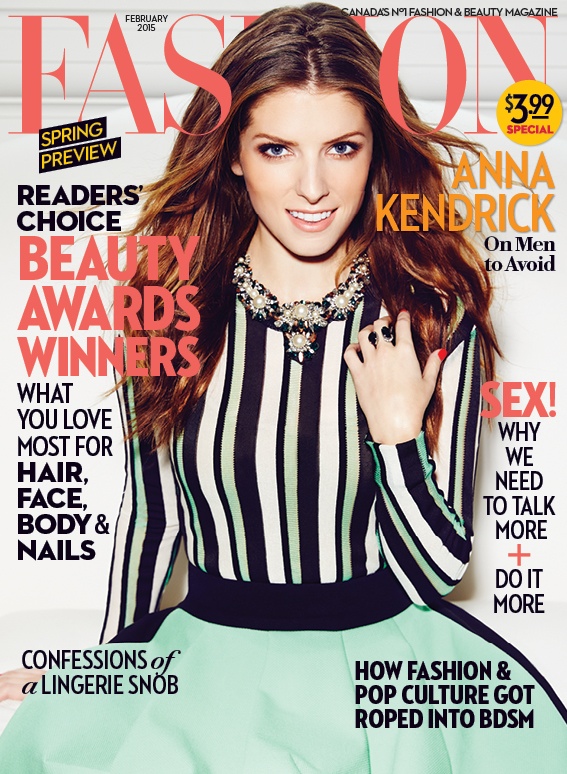 On her parents’ divorce:
“They taught me that staying together for the kids is the wrong approach. It perpetuates this warped idea of what a healthy relationship looks like.”

On her passion for musical theatre:
“Any kid who has a weird specific thing they’re into is kind of blessed. There’s value in having your own geeky interests, because otherwise you might as well just talk about what’s on Oprah’s Book Club.”

On finding herself through fashion:
“I was trying to fit the ingenue role for a while. I’ve recently decided that there’s no point [in boxing myself in] if I’m not having fun.”