Miranda Strips Down for Reebok–Australian model Miranda Kerr continues to land major campaigns with new television and print advertisements for Reebok’s Skyscape Forever shoes. A footwear style made for active and casual wear, the 360-degrees of foam is described as having an unparalleled level of comfort. Gilles Bensimon captured the print campaign while director Dave Myers took on the television spot. The commercial shows Miranda getting home from a day of yoga and wearing the shoes to the point of almost taking a shower with them on. The Aussie model bares her toned body for the spot, just like she did for her new Wonderbra advertisements released earlier this week. 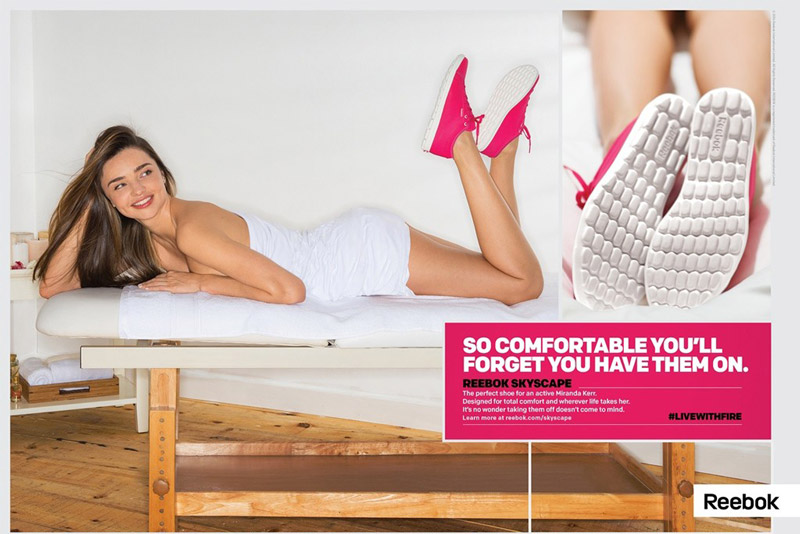