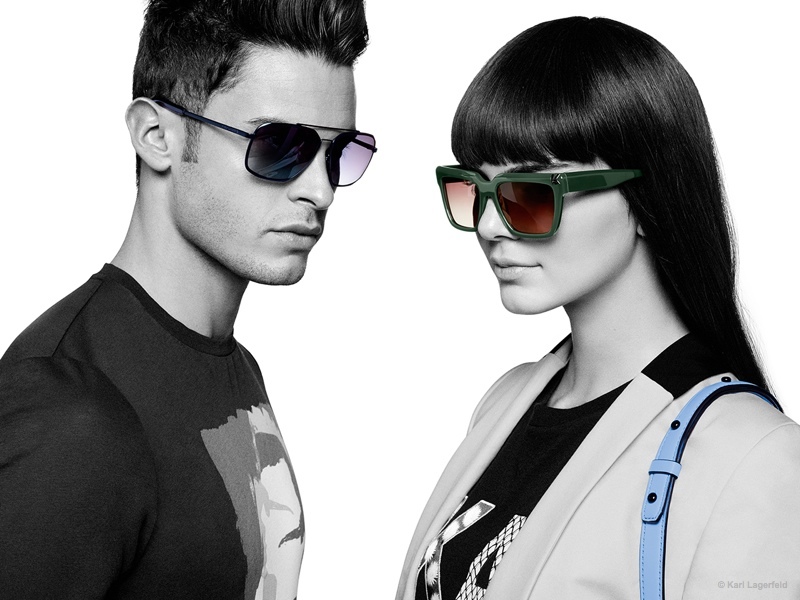 Following up the announcement in November, the spring-summer 2015 campaign from Karl Lagerfeld has been released with Kendall Jenner as the face. The reality television star is joined by Ming Xi, Baptiste Giabiconi and Sasha Luss in black and white images which feature pops of colors from the accessories. Lagerfeld himself shot the studio images. This marks Kendall’s second major spring ad–she appeared in Marc Jacobs’ campaign earlier this month. 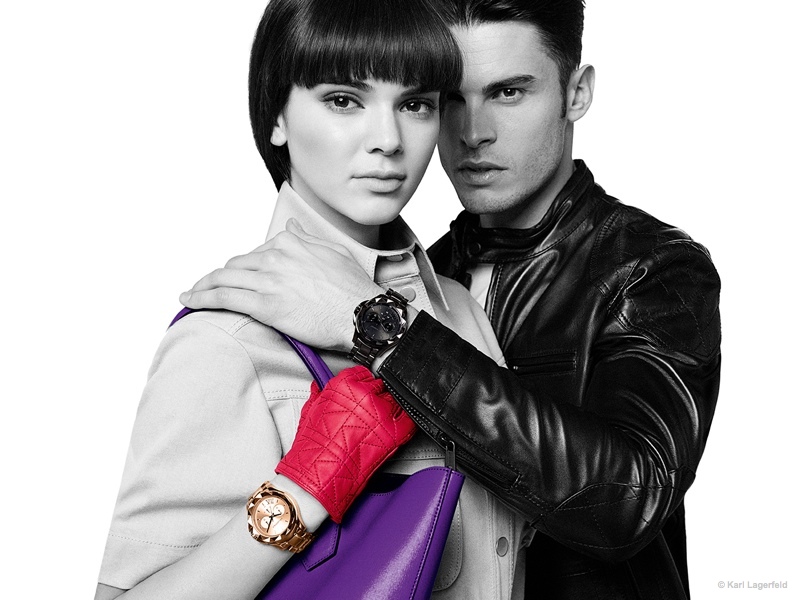 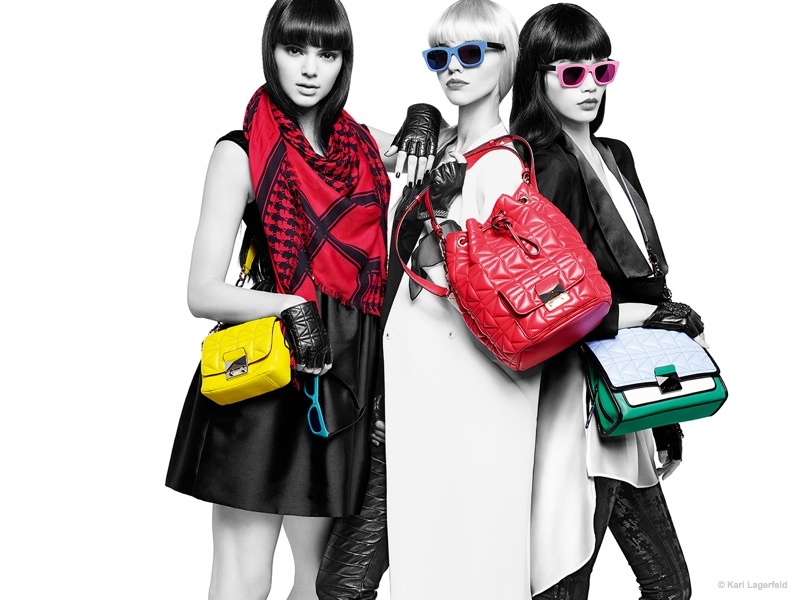 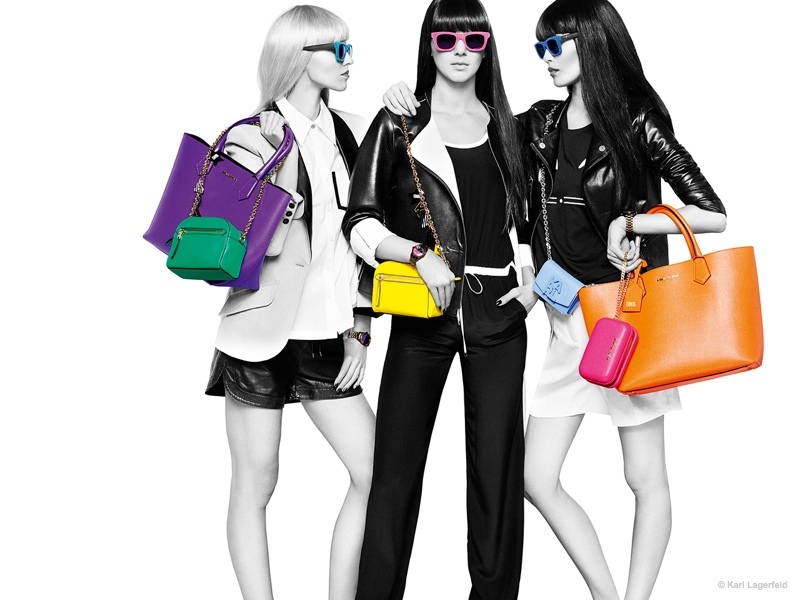