You are here: Home / Editorials / Shanina Shaik Poses in ‘The Hills’ for InStyle Germany

Shanina Shaik takes to the Griffith Park Observatory in Los Angeles, California, for the July 2022 issue of InStyle Germany. Fashion director and producer Theresa Pichler selects bold outfits for the Australian model to wear against a backdrop, including the famous Hollywood sign. Shanina stands out in every ensemble she wears with vibrant separates, figure-hugging dresses, and eyewear that makes a statement.

Shanina Shaik models a black dress with cutouts from Monot and strikes a pose next to a tree for one of the photographs captured by Paul Morel. Another picture shows the brunette donning avant-garde eyewear by Schiaparelli, which features gold and crystals that hang down from the frames.

Elsewhere, the brunette captivates in a black latex number by Versace. When it comes to beauty, hairstylist Darine Sengseevong works on Shanina Shaik’s sleek tresses while Kelly McClain applies her dewy makeup. Besides appearing in fashion magazines, the model also recently announced that she is expecting a baby with partner Matthew Adesuya. 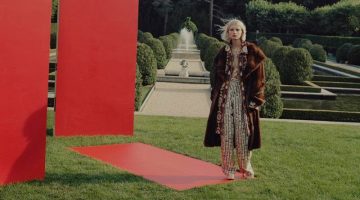 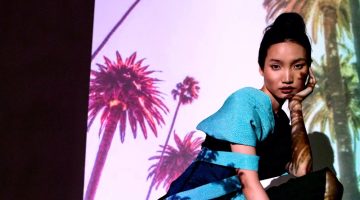 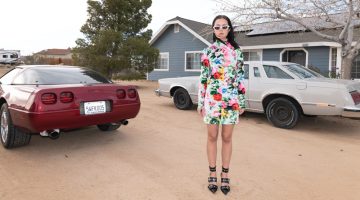 Marianne Painelli Is a Beach Beauty for Grazia Netherlands 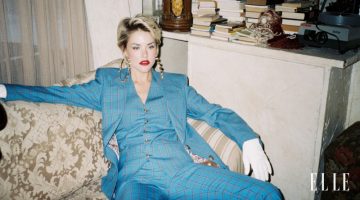