Covers That Caused Controversy—In the world of entertainment and fashion, there are always covers that cause people to talk. But once in a while, there comes along a cover that catches mainstream attention that you almost can’t avoid. In event of the recent Kimye Vogue shoot, we thought why not round-up some of the most controversial covers yet. From John Lennon to Britney Spears—these are the covers that had the whole world abuzz.

Herb Ritts photographed supermodel Cindy Crawford and musician K.D. Lang for the Vanity Fair August 1993 cover. The cover was controversial because Lang had recently come out as a lesbian and Crawford is shown shaving the musician as she is dressed seemingly as a man. Gender bending in the 1990s? A very controversial move. Nowadays, no one would bat an eyelid.

THE DIXIE CHICKS ON ENTERTAINMENT WEEKLY

First the controversy started when The Dixie Chicks came under fire in 2003 for speaking out against then President George W. Bush and the invasion of Iraq. The country group’s songs dropped from the Billboard charts and a boycott was called for their music after their comments. They later covered Entertainment Weekly’s May 2003 issue naked with shocking phrases (both negative and positive) painted on their bodies. Nowadays? It would be a story for a few days and then the public would move on.

This time the controversy has nothing to do with clothing or lack thereof. The Kimye (aka Kim Kardashian and Kanye West) Vogue cover had people in an uproar over the status of the magazine. With the female in question’s fame stemming from a reality show and before that a sex tape–many were questioning how such an esteemed magazine could put such a controversial figure on the cover. For others, their fame and the fact that they’re talked about so much makes them worthy of the cover.

At 17-years-old, pop star Britney Spears raised eyebrows with a provocative Rolling Stone cover where she is seen posing on a bedroom in lingerie looks. Critics were not fans of a young teenager being sexualized in such a manner. Now? Have you seen what some seventeen year olds wear? How times have changed! 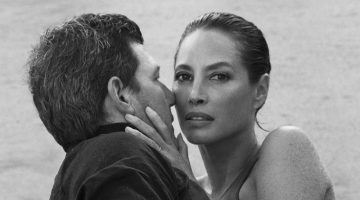 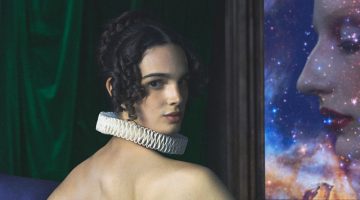