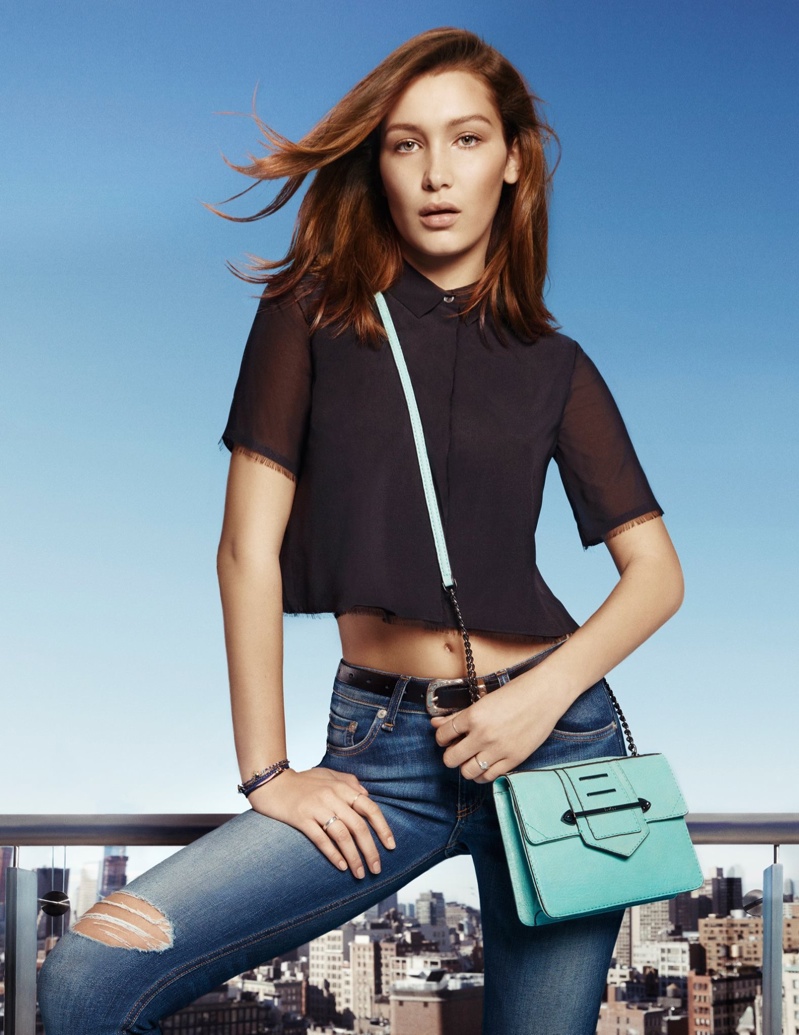 Sister of Gigi, Bella Hadid, has landed a new campaign with the spring-summer 2015 advertisements from Botkier New York. According to WWD, the campaign was captured in Chelsea, New York, by Simon Cave. In the preview image, Bella dons a crop top with ripped denim and a Botkier bag in teal front and center.