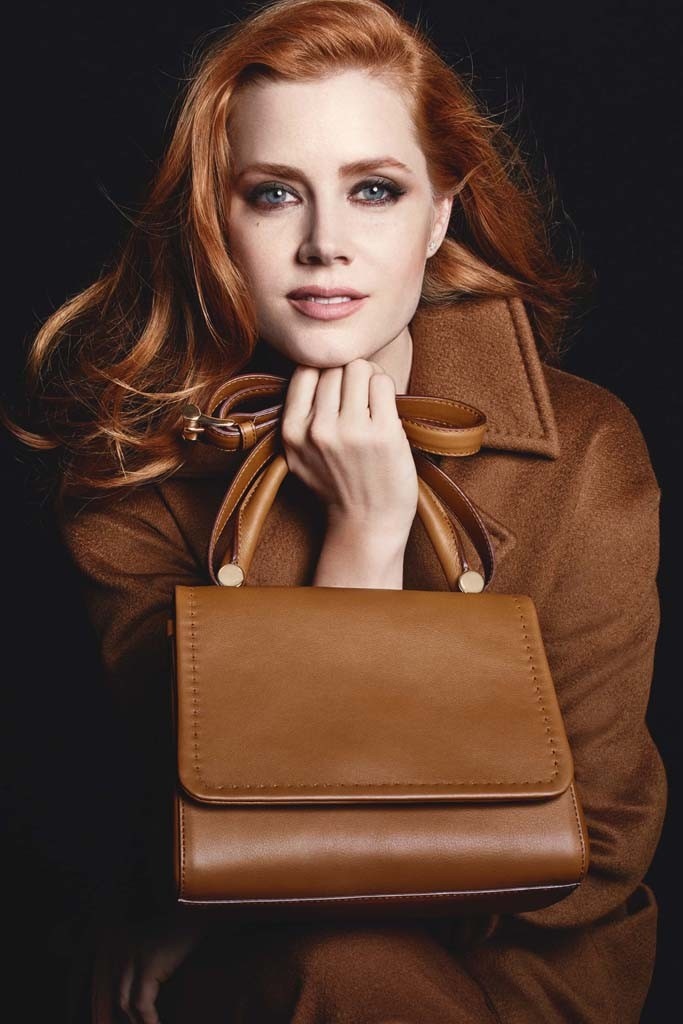 While we have already seen the ready-to-wear campaign with Carolyn Murphy, Max Mara has released its fall 2014 accessories advertisements starring American actress Amy Adams. The images were debuted by WWD and feature the redhead posing with the its key bag for the season. See a behind the scenes snap from the shoot below. 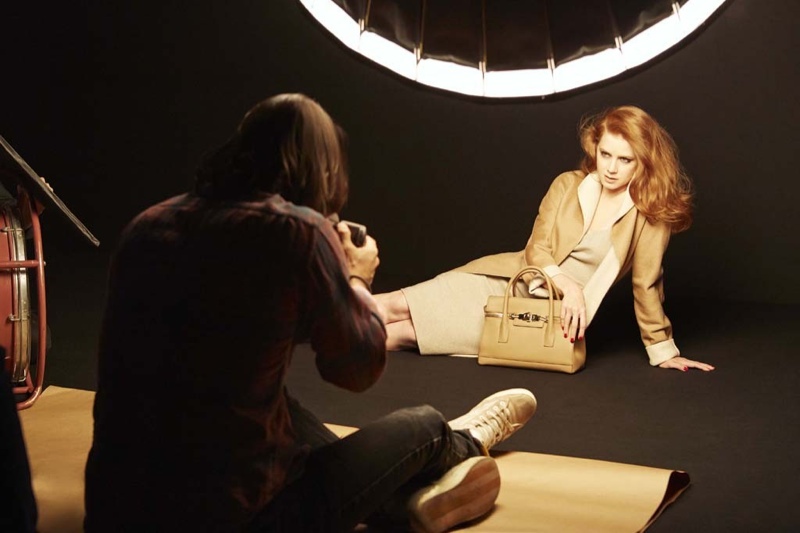