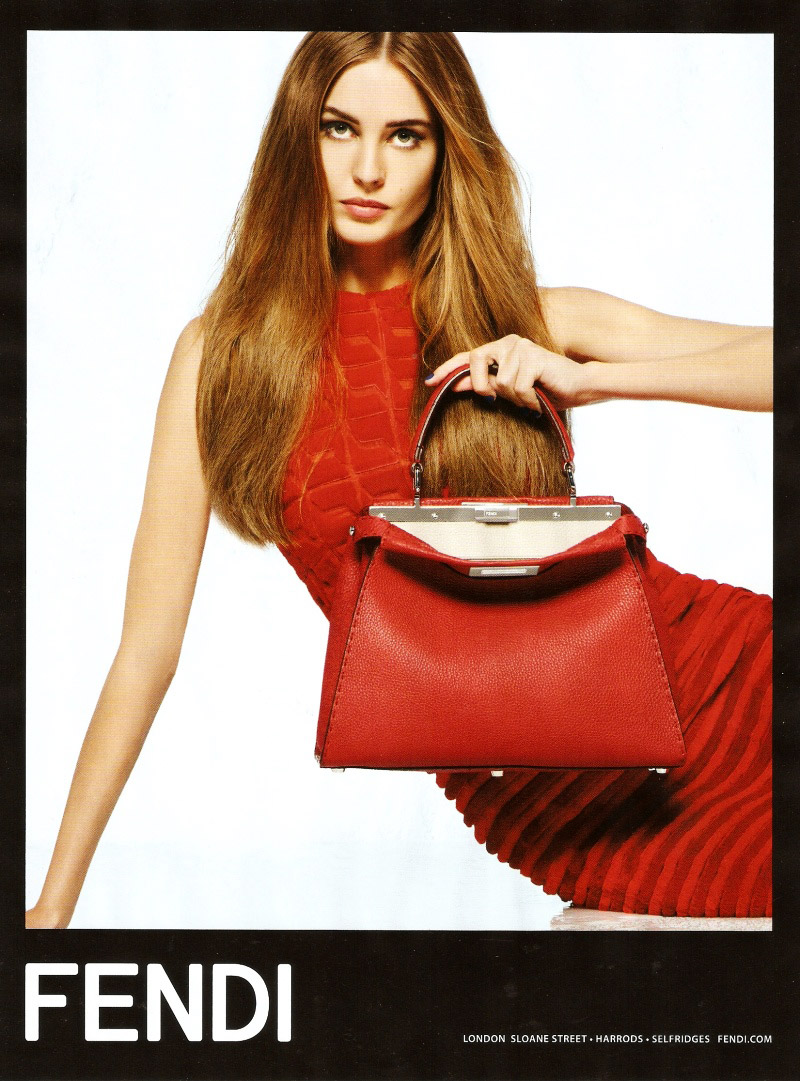 Fendi’s Spring Campaign – The spring-summer 2014 campaign from Fendi taps Nadja Bender to front its latest collection. The brand’s creative director Karl Lagerfeld photographs the top model in a studio image where its new bag is the focus. Lagerfeld must be a fan of Nadja, after her appearance in Chanel’s cruise advertisements also photographed by the German designer.