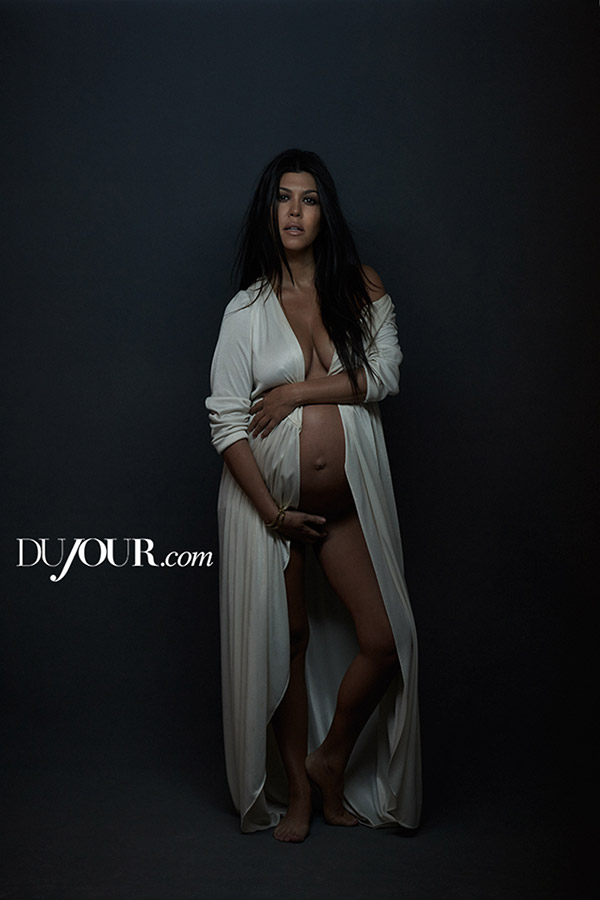 Following up Kim’s nude shoot, another Kardashian—Kourtney Kardashian—appears naked while nine months pregnant for an online feature for DuJour Magazine. Photographer Brian Bowen Smith captured the reality television star for the feature. When asked about how she hopes people see the photographs, she says, “It’s what a woman’s body is made to do, so I hope it’s maybe seen as something that’s artistic.” 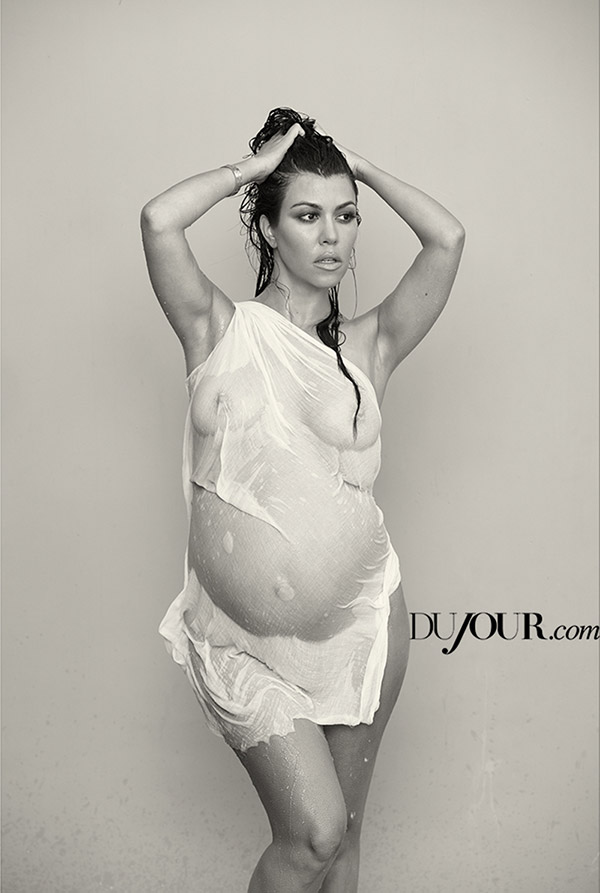 She continues, “This was something that initially I did for myself just to capture the moment in my life, but these photos are beautiful and I’m happy to share them. And I like how raw they are. It’s my body: I’m not trying to impress anybody or be something that I’m not. But in general, I don’t really care that much about what people think.” 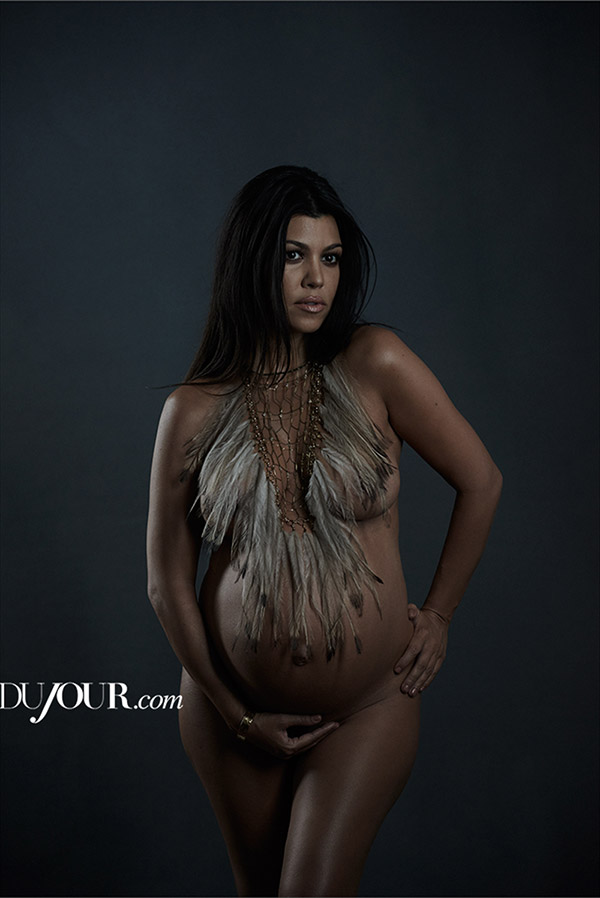