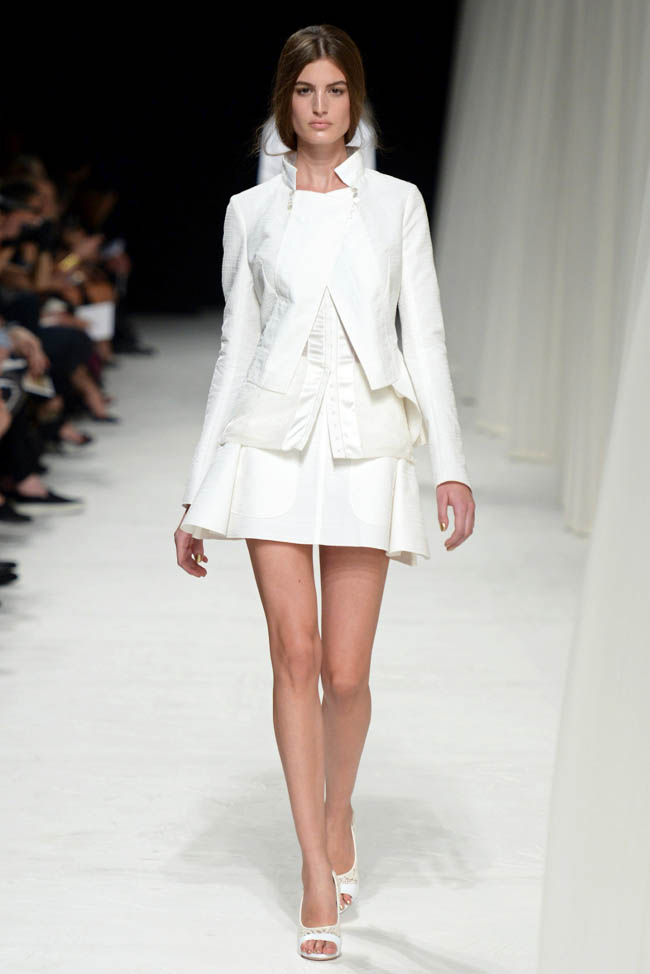 Ricci’s Charming Woman – Nina Ricci creative director Peter Copping feminized menswear staples like the suit jacket, waist coat and button-up shirt for the label’s spring 2014 collection. Opening with a color palette of pure white and cream shades, the new season took airy and crisp lightness into more saturated hues such as cerulean and Monet-like floral prints during the latter section. Despite the mens inspiration, the Nina Ricci woman is not short on pretty or romantic for the upcoming spring. Dreamy dresses of chiffon, silk adorned with pleat details brought a romantic air to the show despite the interruption of protestors mid-way through.