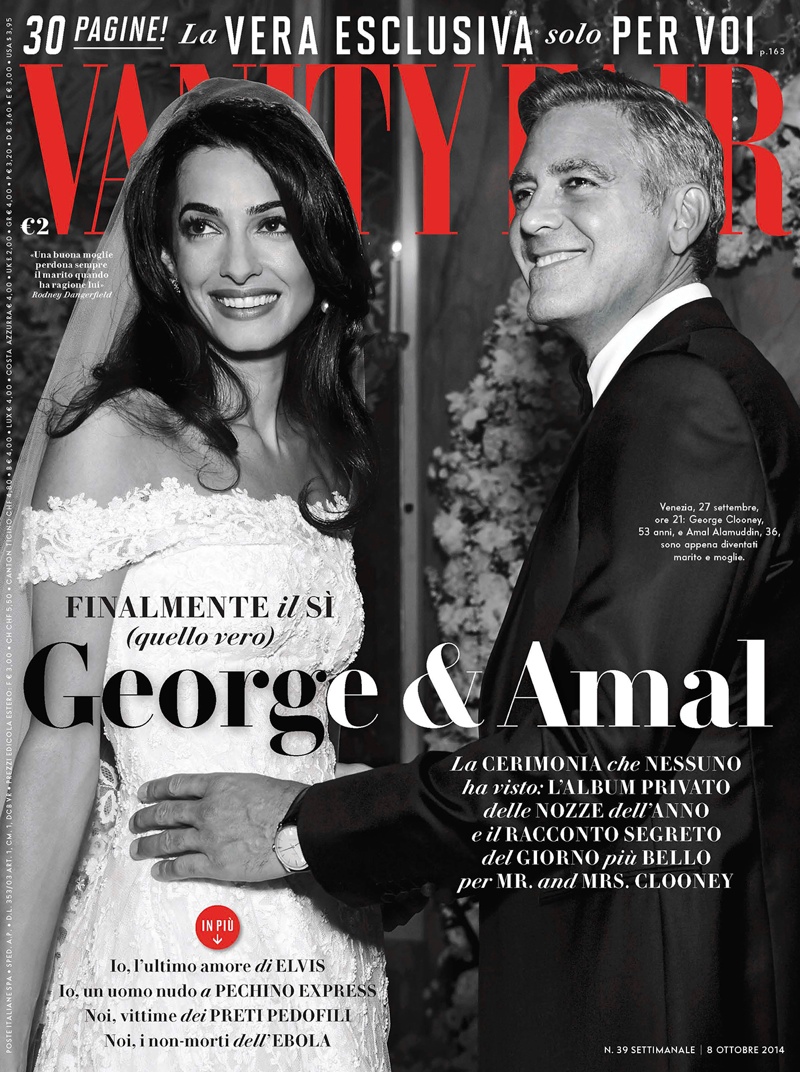 Actor George Clooney and his new wife Amal Alamuddin land yet another cover with the October 2014 edition of Vanity Fair Italy. The pair look as happy as can be in a black and white image where George and Amal are shown smiling at the ceremony. Previously, the married couple appeared on Hello! Magazine and People. Alamuddin also appears in the latest issue of Vogue US alongside her wedding gown designer Oscar de la Renta at the final fitting. Although all this press may seem excessive, it is for a good cause according to Just Jared. All money made from the images will be donated to a charity called the Satelitte Sentiel Project.