You are here: Home / Covers / Natalia Vodianova Enchants on Vogue US November 2014 Cover 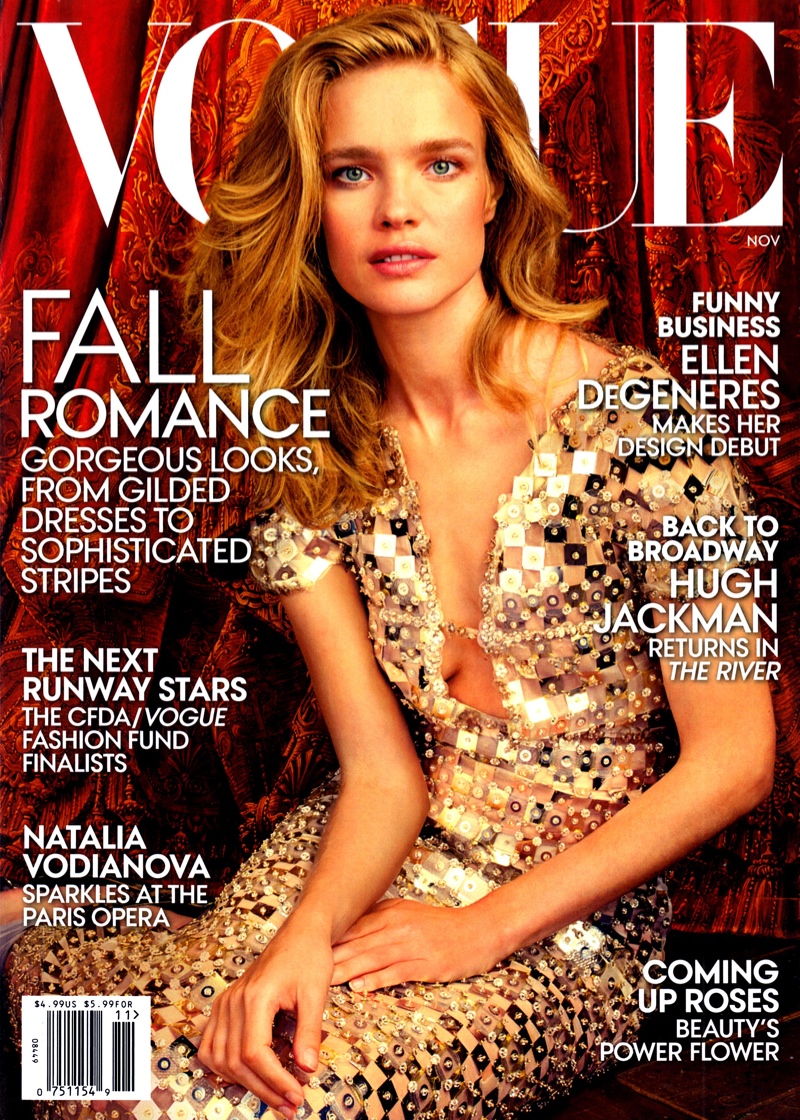 Natalia for Vogue–Landing the November 2014 cover from Vogue US, Natalia Vodianova looks simply radiant in a pailette covered gown in an image captured by Annie Leibovitz. The Russian model has officially made her return to fashion after giving birth to her son Maxim earlier this year. First, she covered Vanity Fair and then Vogue Paris. What a great year for model fans, after the magazine’s September issue featured top girls like Karlie Kloss, Joan Smalls and Cara Delevingne.
Image via Fashion Scans Remastered