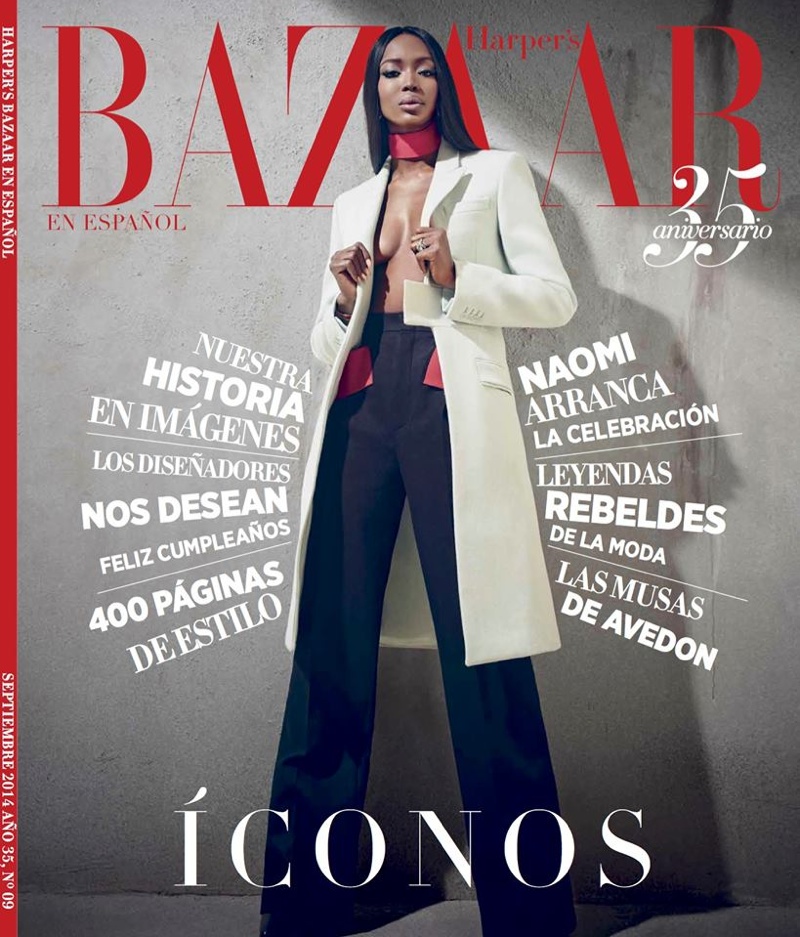 Naomi on Bazaar–Celebrating its 35th anniversary, the September issue from Harper’s Bazaar Latin America taps Naomi Campbell is its cover star. The supermodel, who recently appeared with Rihanna and Iman in a W Magazine feature, looks absolutely flawless in a Givenchy tailored jacket and pants sans a top for the image. The preview featured below shows Naomi in a look from Prada’s fall 2014 collection styled by Nick Nelson. 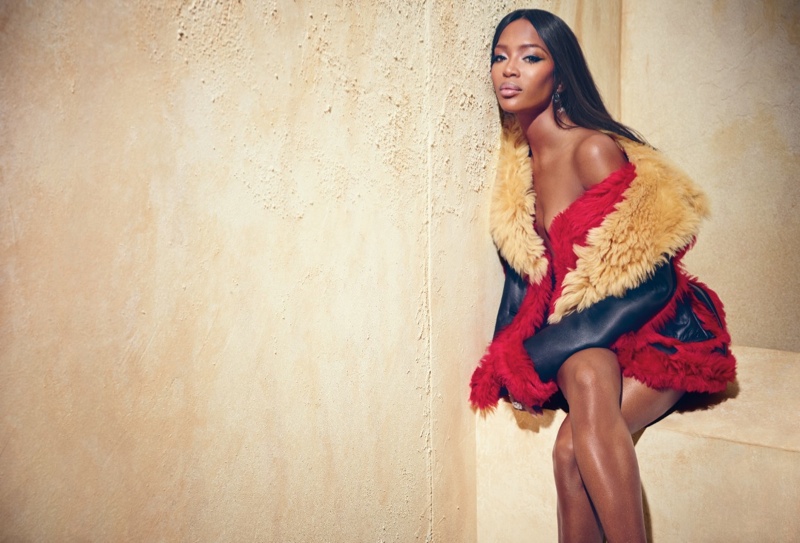