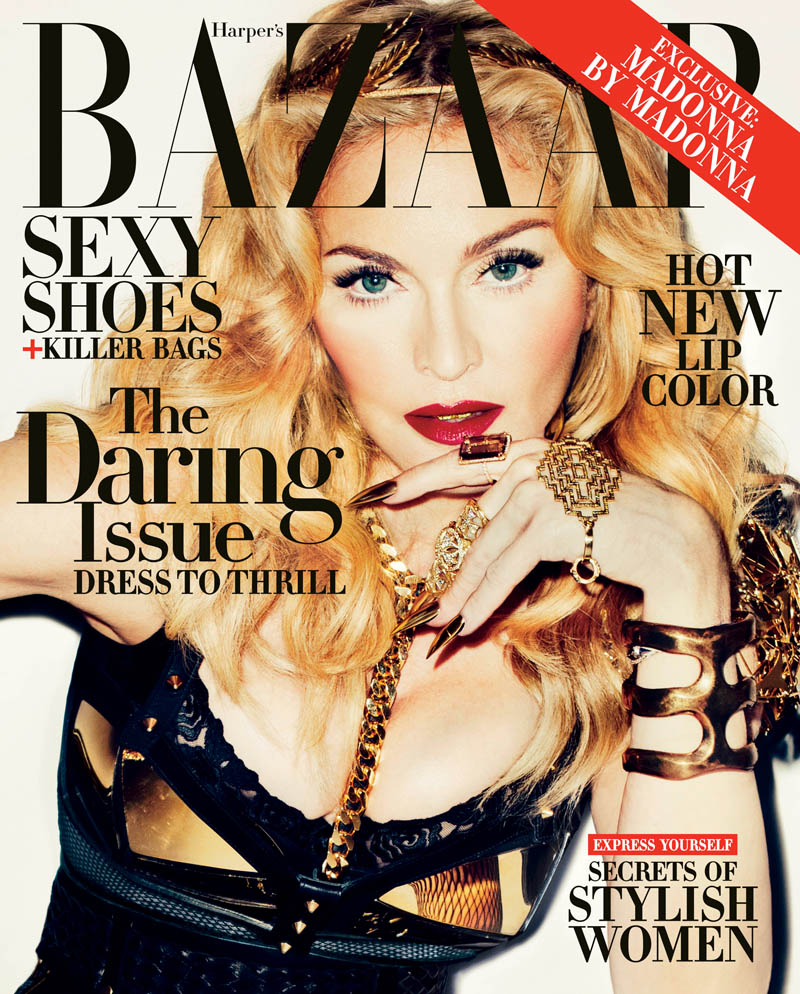 Madonna on Bazaar – Madonna is the latest cover star of Harper’s Bazaar US, appearing in the magazine’s November issue. Terry Richardson photographed the pop icon in daring fashions featuring a lot of leather and black looks. In the magazine, Madonna opens up about her early days in New York City, “This wasn’t anything I prepared for in Rochester, Michigan. Trying to be a professional dancer, paying my rent by posing nude for art classes, staring at people staring at me naked. Daring them to think of me as anything but a form they were trying to capture with their pencils and charcoal. I was defiant. Hell-bent on surviving. On making it. But it was hard and it was lonely, and I had to dare myself every day to keep going.”

Read the full interview on HarpersBazaar.com 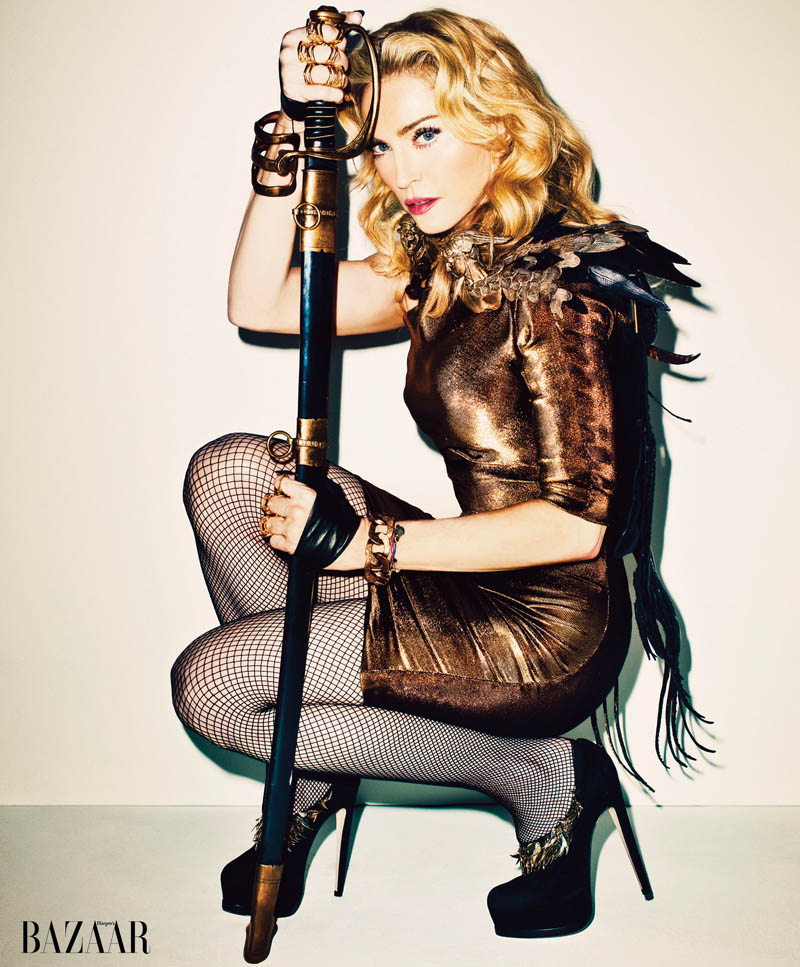