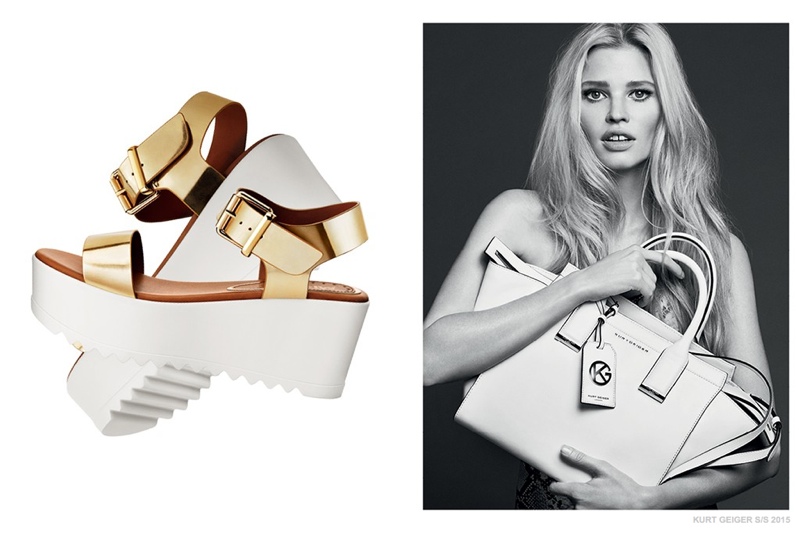 Fresh off of her recent Calvin Klein advertisements with Justin Bieber, Lara Stone has been named the face of another brand—Kurt Geiger—for the accessory label’s spring-summer 2015 campaign. According to WWD, the images and a set of short films were captured in London by Erik Torstensson. In the preview, Lara is shown in black and white studio images holding the British brand’s handbags juxtaposed with product shots of the shoes. 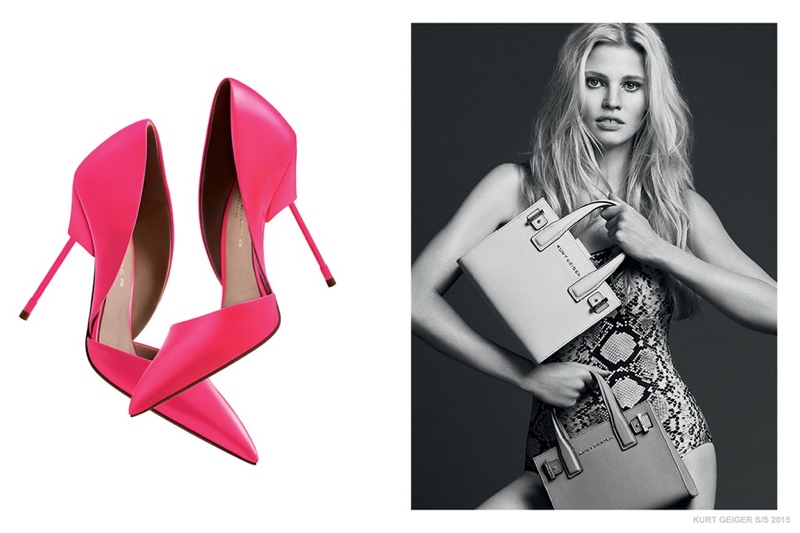 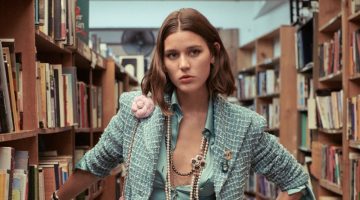 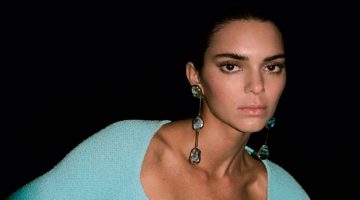