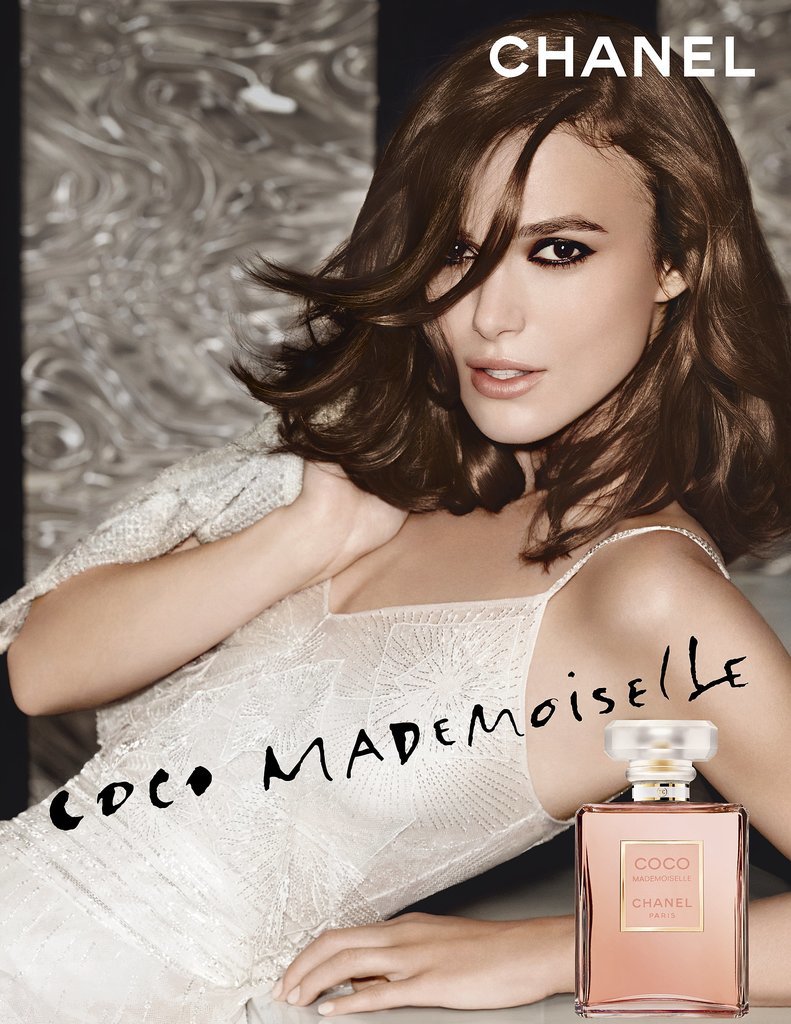 Keira and Chanel Reunited–Face of Chanel’s Coco Mademoiselle fragrance since 2007, Keira Knightley, re-ups for a new advertising campaign this spring. The scent will feature a print advertisement (above) and television commercial spot. Photographed by Mario Testino, the British actress who says she doesn’t get Twitter, stars in a glamorous video set to debut on televisions this April. Keira appears sexy and mysterious in the film where she toys with a captivated suitor set to the tunes of The Zombies’ “She’s Not There”.