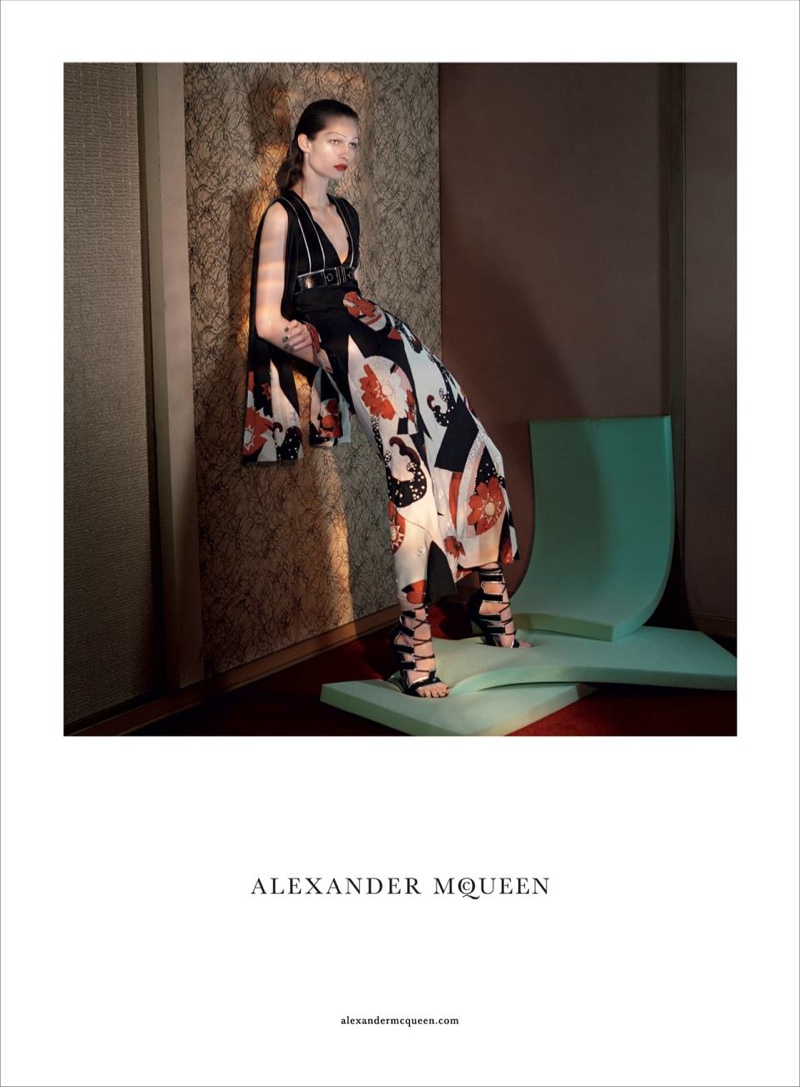 The spring-summer 2015 campaign from Alexander McQueen taps Karolin Wolter as its face with these moody and sensual portraits captured by David Sims. The images were shot on location at a London studio and feature the model in creative director Sarah Burton’s kimono-inspired designs. Flaunting some cleavage, the brunette wears thin, painted on eyebrows as well as a red lip shade. 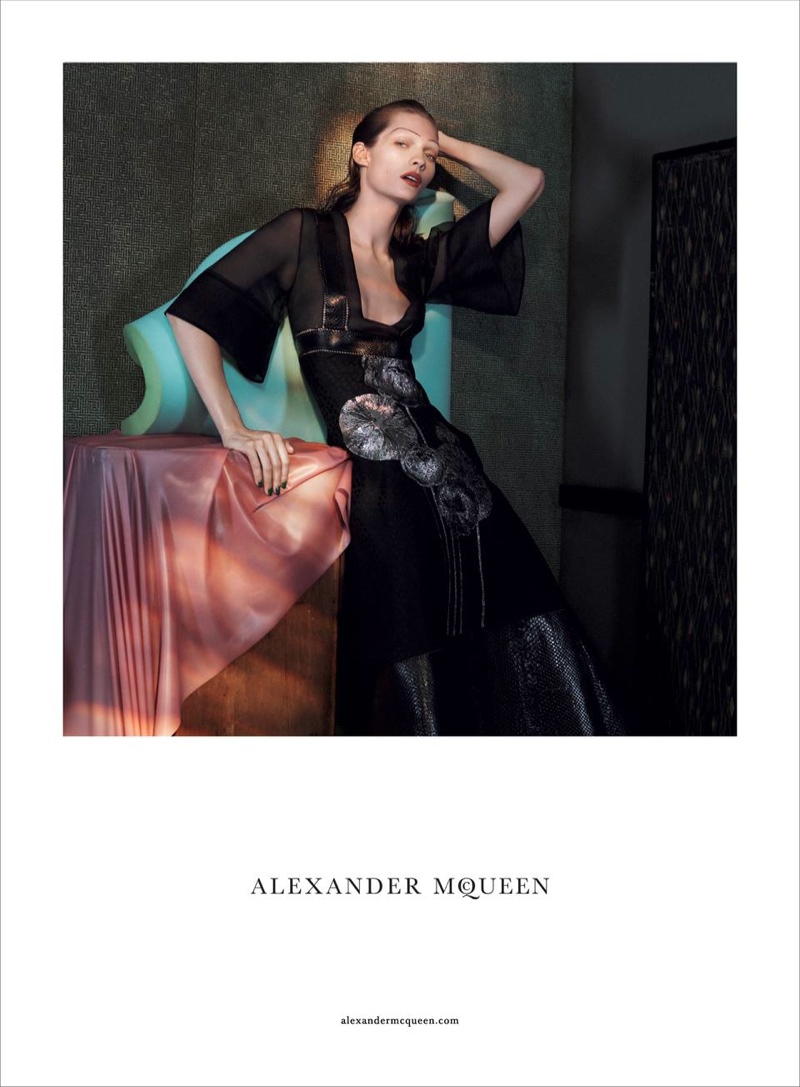 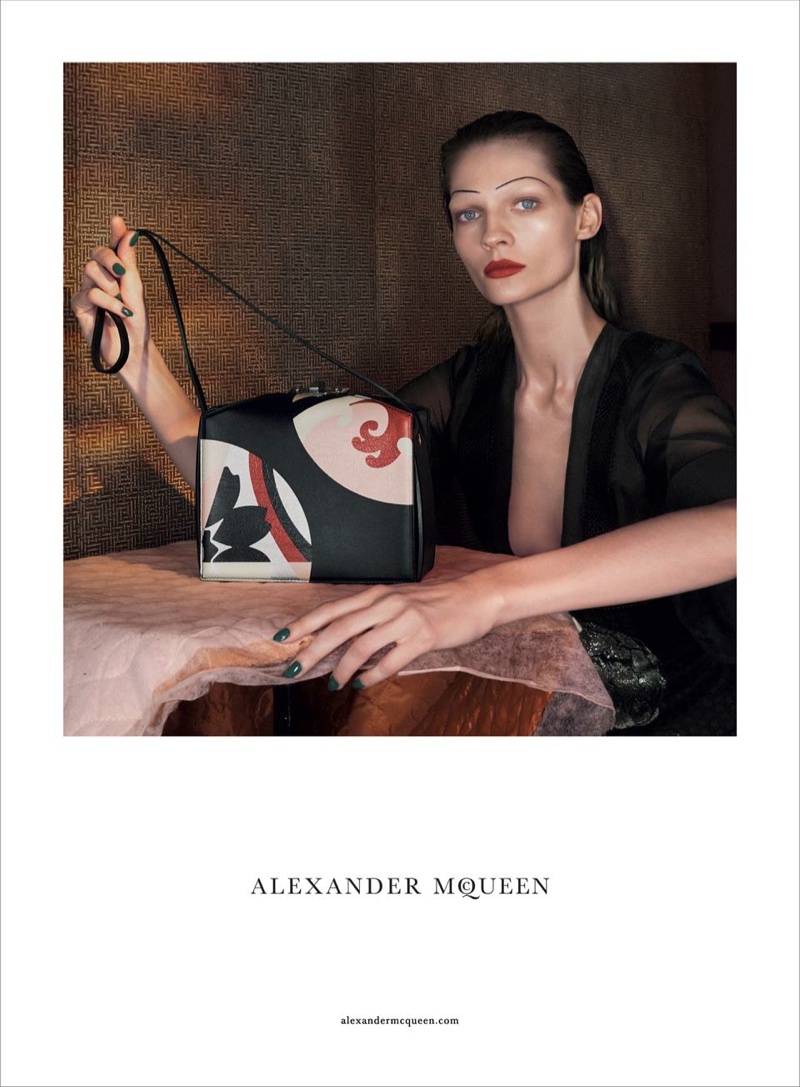 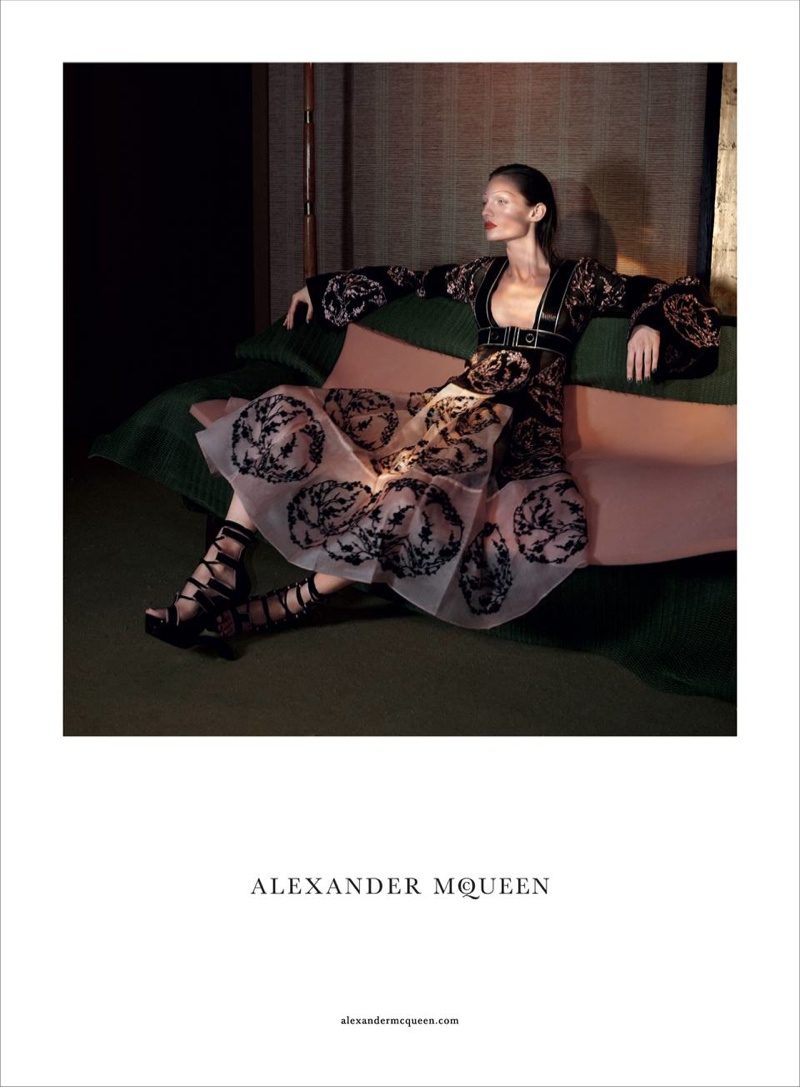 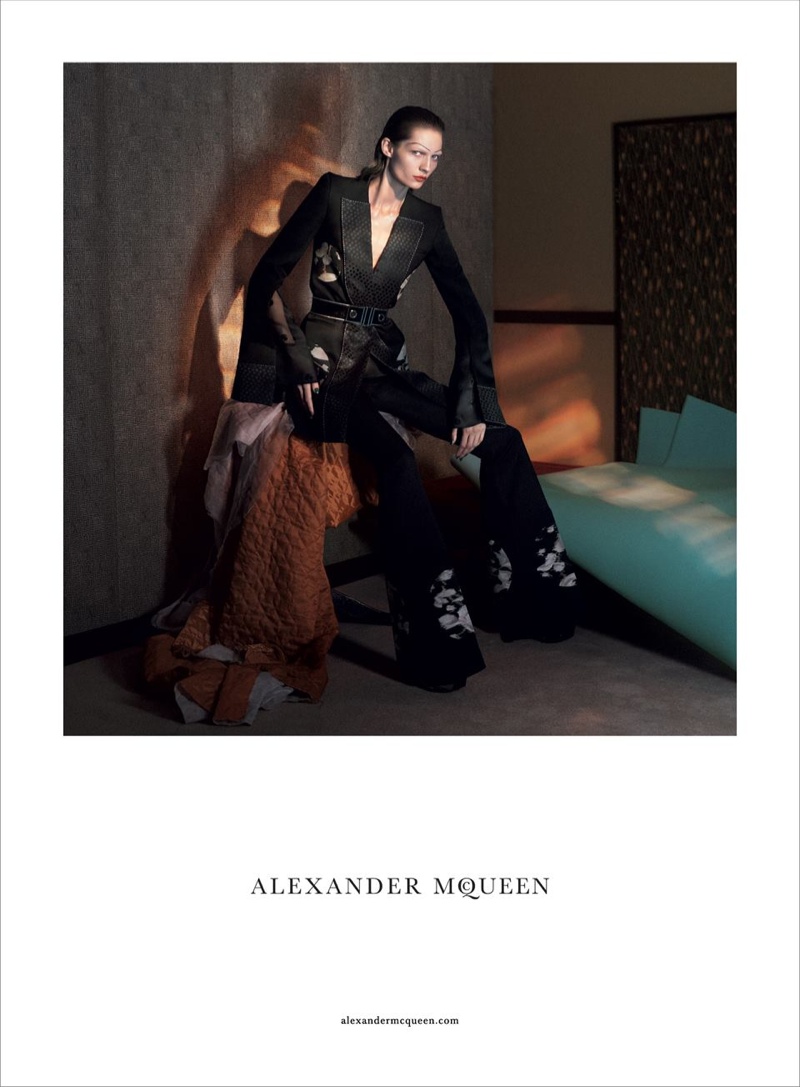 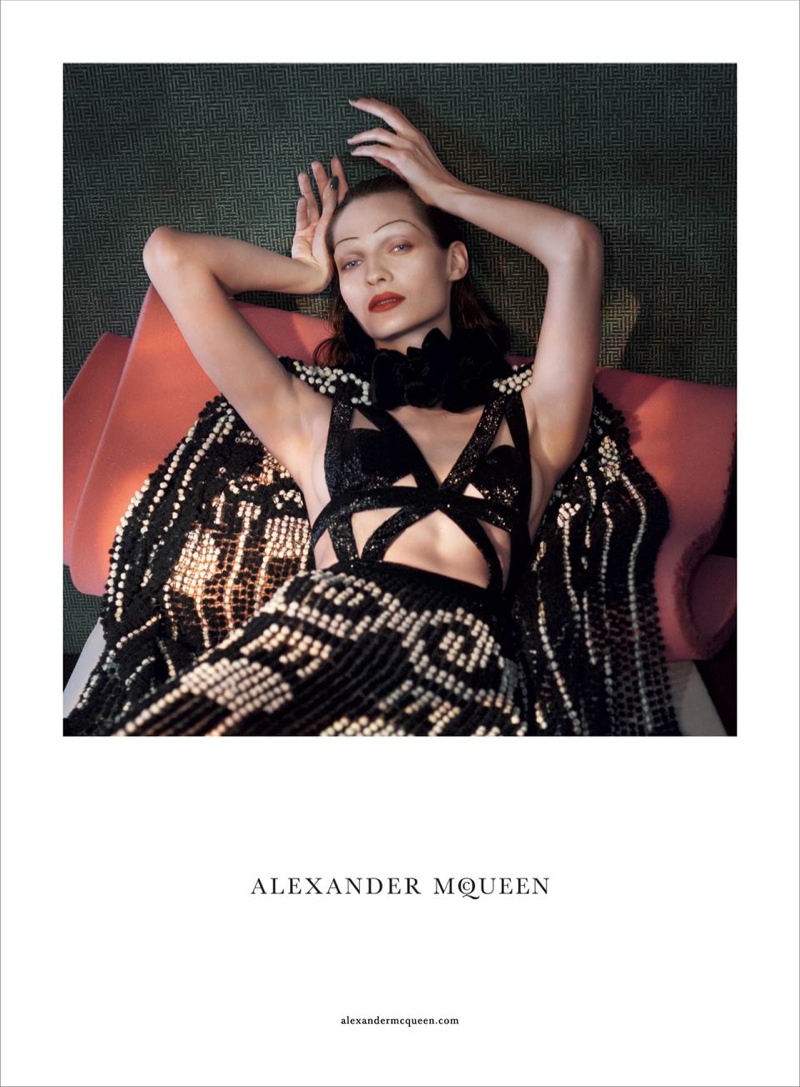