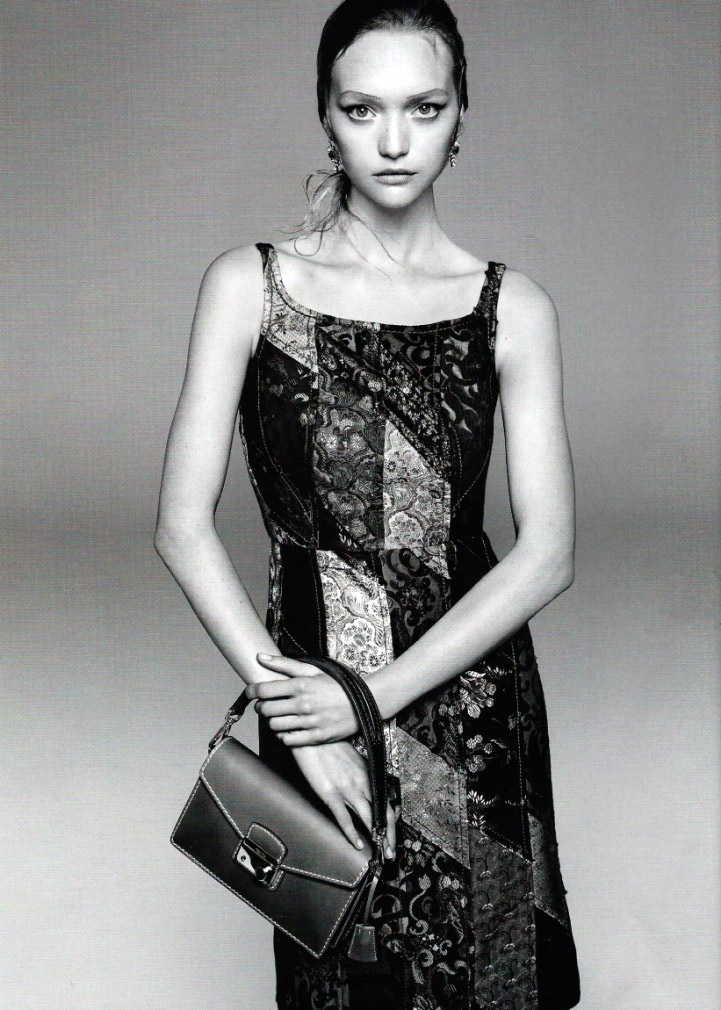 After her triumphant return to the runway in September, Gemma Ward continues her comeback as the face of Prada’s spring-summer 2015 campaign. The black and white advertisement was photographed by Steven Meisel and features the Australian model in styling similar to the catwalk show including wet-looking hairdo and dress featuring a mix and match of brocade fabrics.

Photo: via a-state-of-bliss on Tumblr