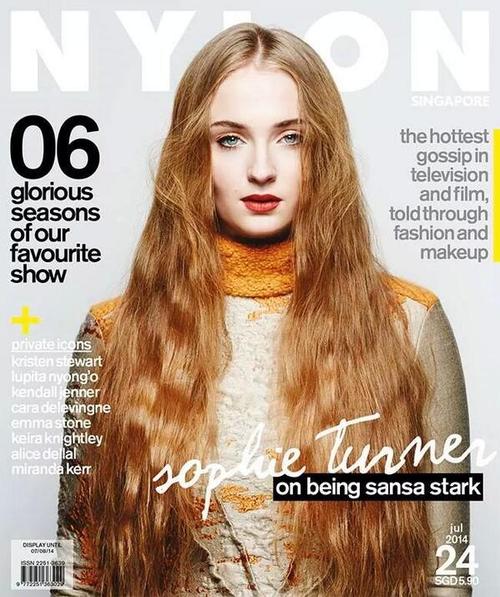 Sophie Covers Nylon–With the fourth season of “Game of Thrones” just wrapping, the HBO fantasy show is fresh on everyone’s minds. Actress Sophie Turner plays Sansa Stark on the television program, and is the latest cover star of Nylon Singapore’s July issue. The redhead wears a look from Alberta Ferretti on the cover styled by Krishan Parmar and photographed by Jason Hetherington. Sophie looks like a princess in the embellished dress with her Rapunzel-like tresses.

See your favorite Game of Thrones characters in 90s style.