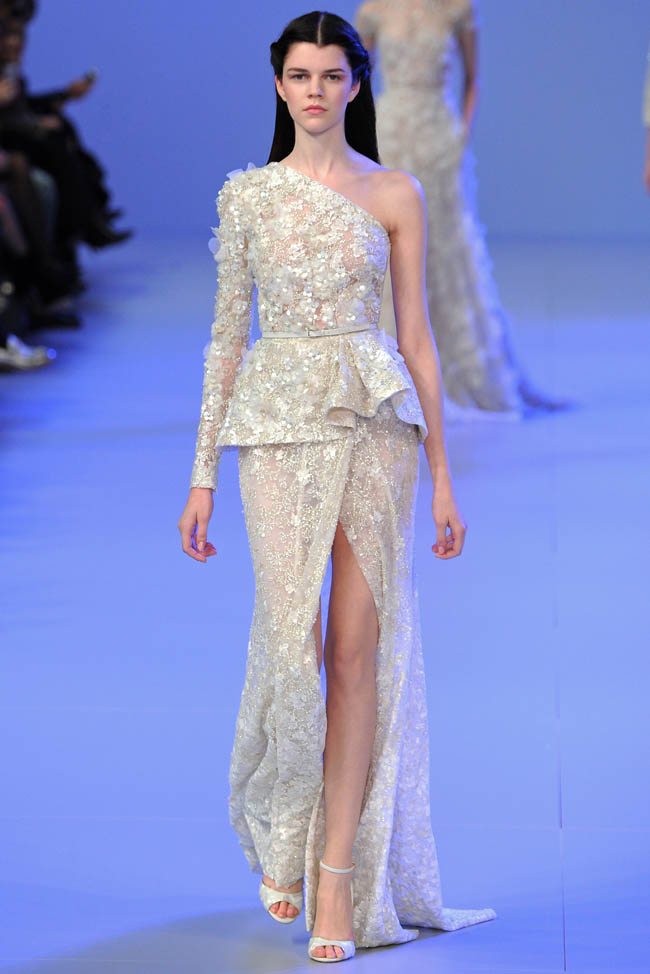 Elie Saab Spring 2014 Couture–For Elie Saab’s spring-summer 2014 haute couture collection, the designer found himself inspired by the work of Sir Lawrence Alma-Tadema. The 19th century Dutch painter is known for the way in which he features flowers and textures. Similarly, Saab conjured a detailed-orientated spring outing with a focus on the botanical featuring everything from blooming roses to lovely lilacs in hue and decoration. Embellishment came in the form of appliquéd crystals ran over organza and tulle fabrics. The silhouette is suitably feminine, honing on the waist with empire lines and flowing drapery.