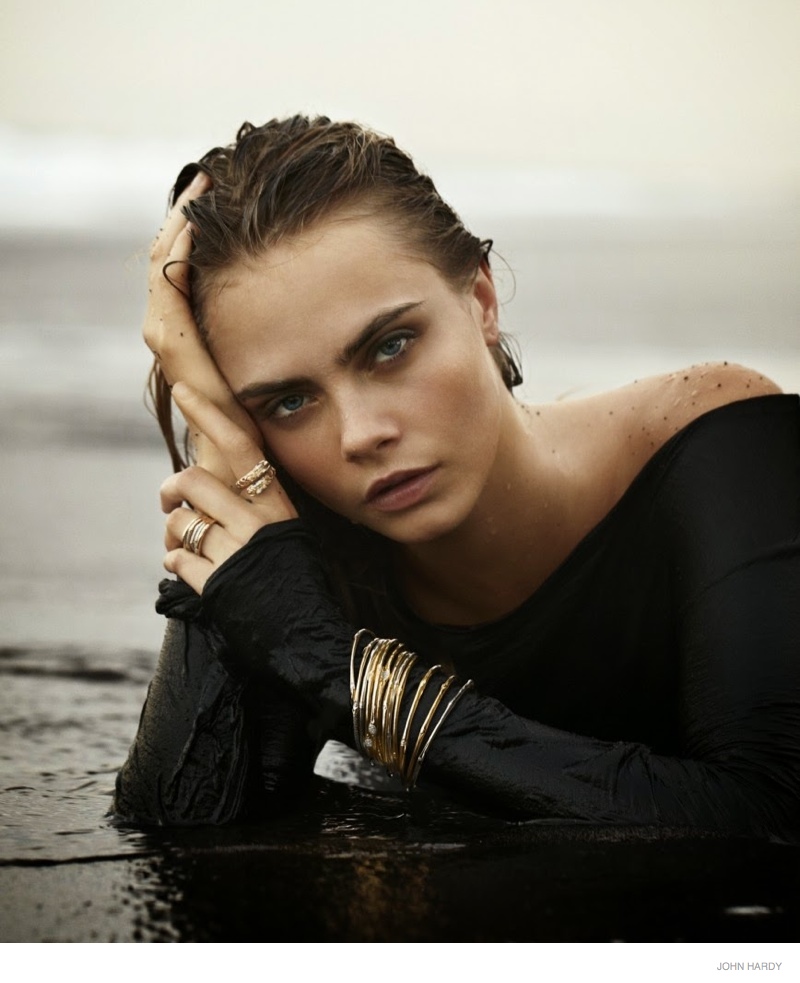 Cara Poses for John Hardy–Earlier this year, Cara Delevingne was snapped behind the scenes of her John Hardy advertising campaign, and now here is a look at the images photographed for the fall 2014 season. Sebastian Faena captured the British model on location for Bali where she poses on sand and water in black bathing suits and beach cover ups. Cara is not only taking over the world of modeling, but also film with the recent announcement that she was casted as the female lead of the young adult movie “Paper Towns”. 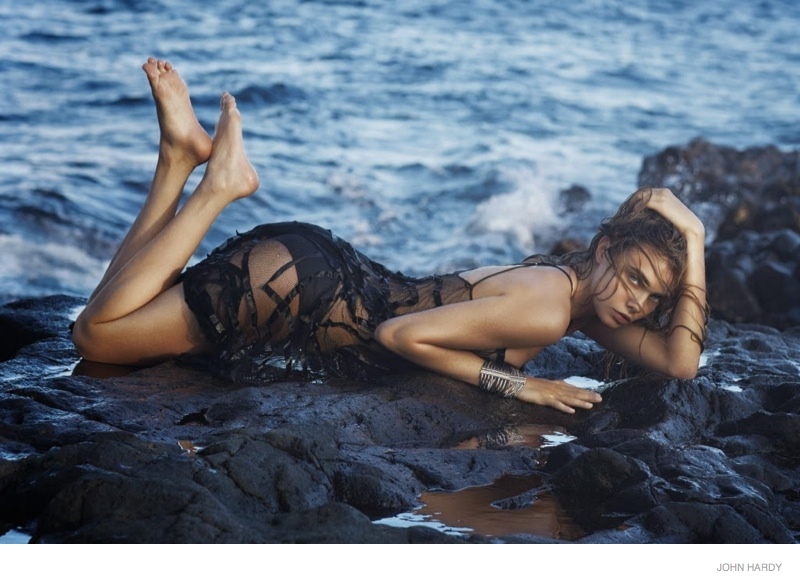 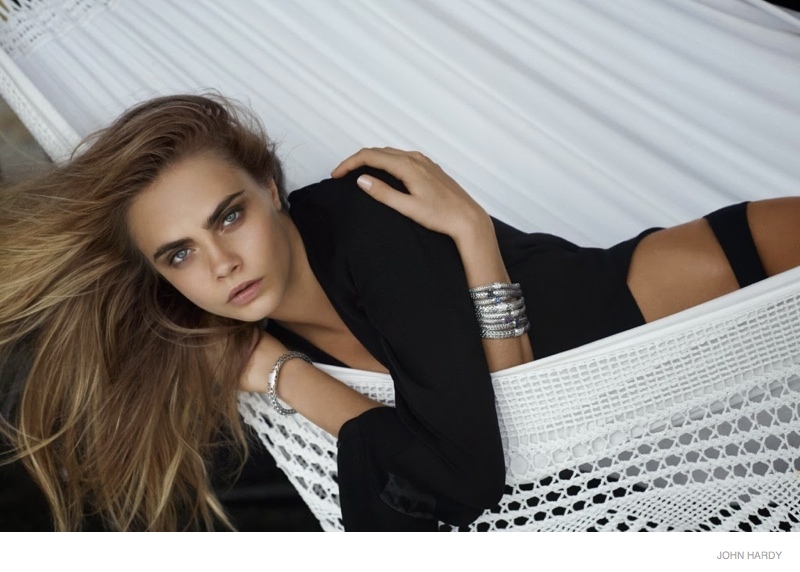 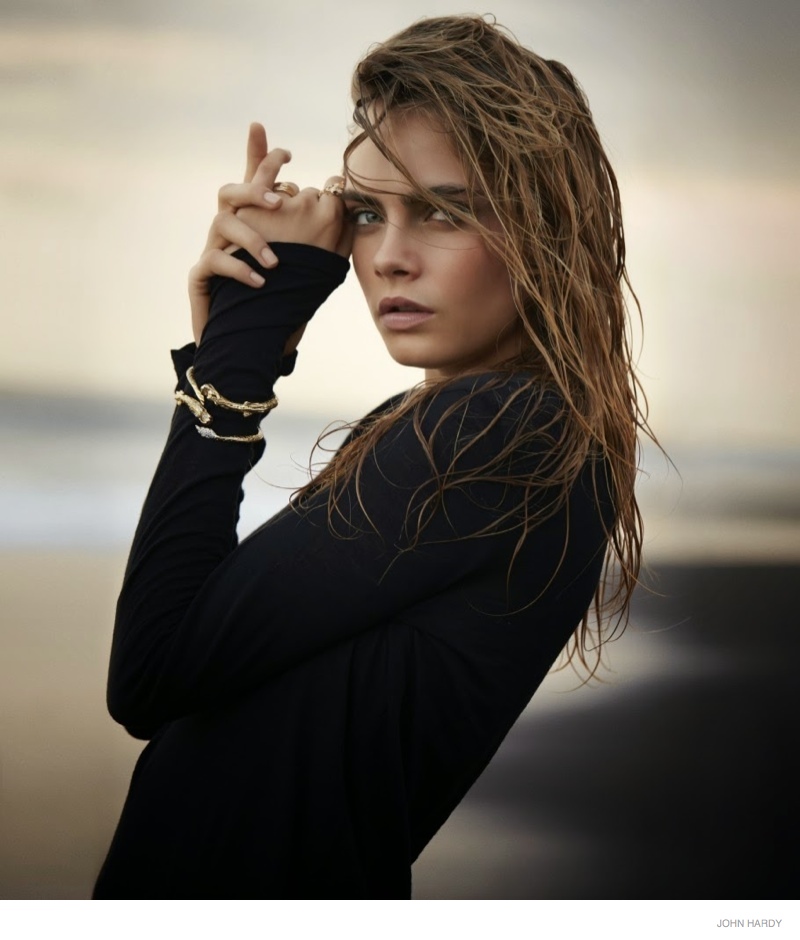 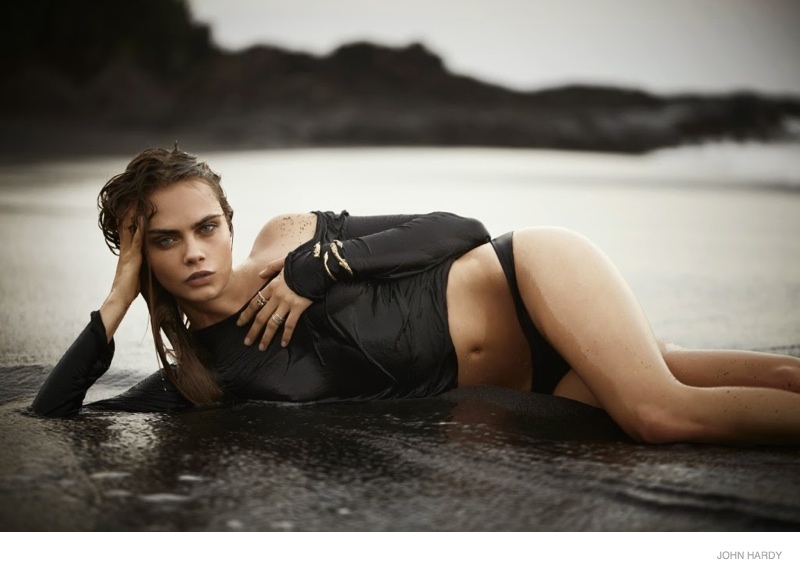 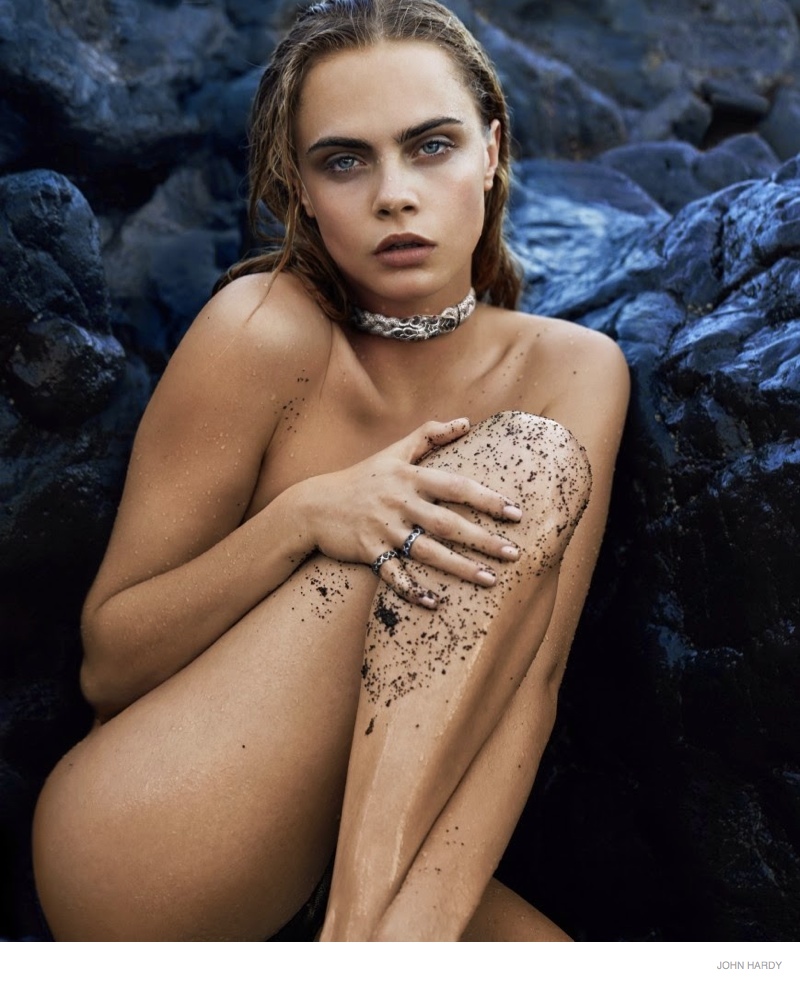 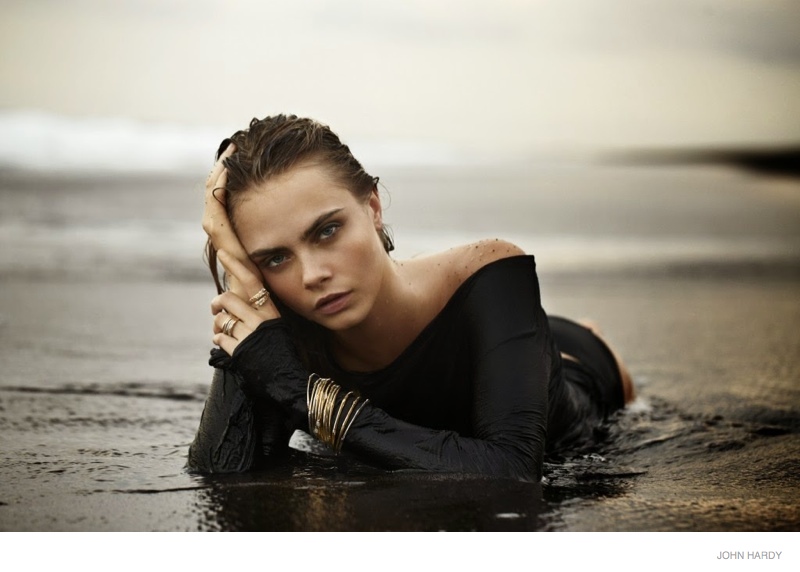 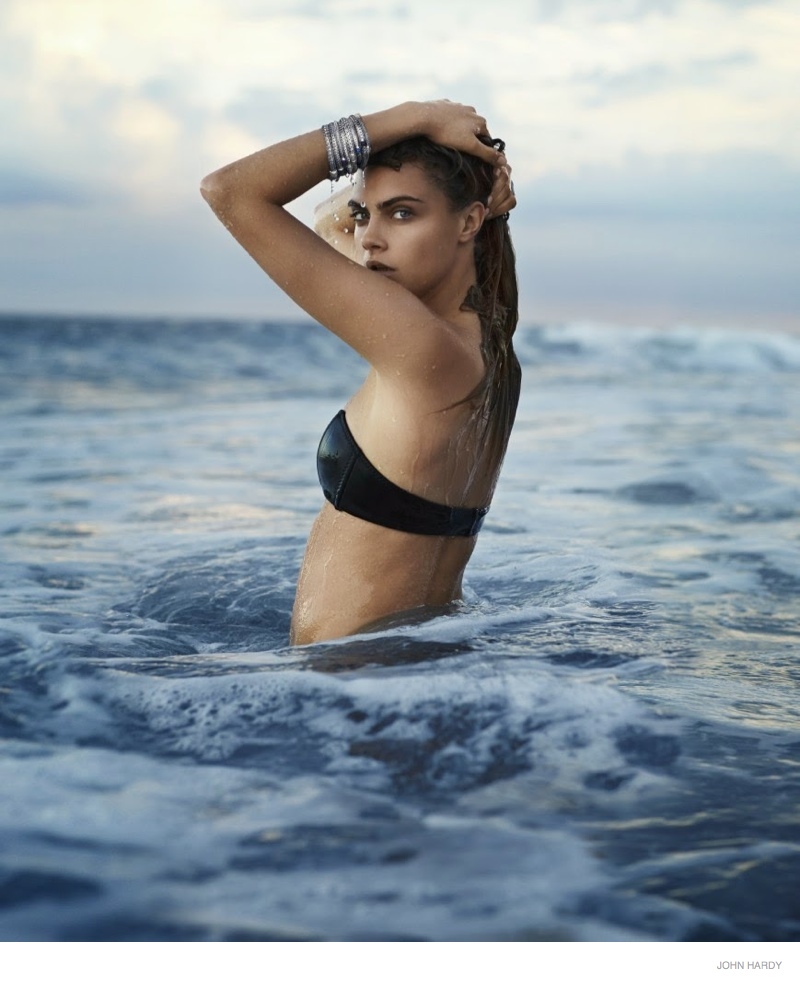 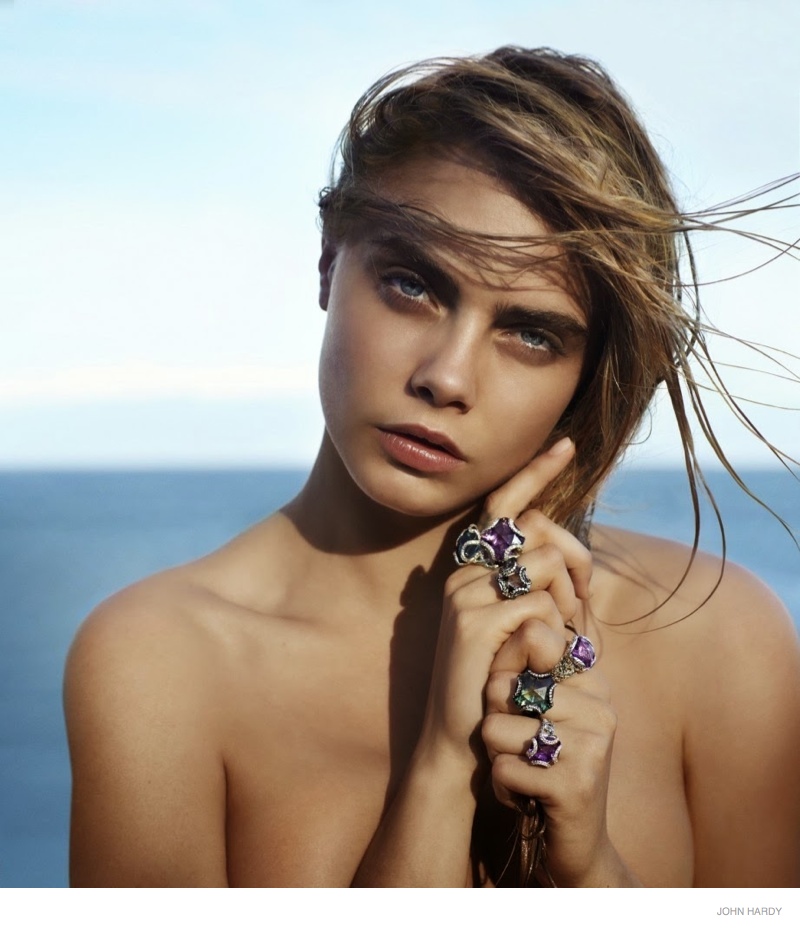