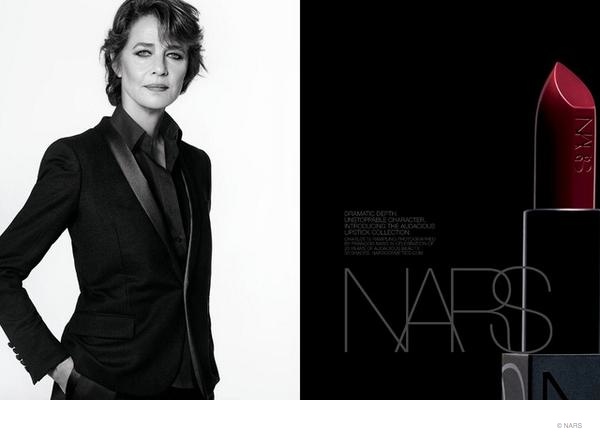 Charlotte for NARS–Makeup brand NARS Cosmetics has tapped 68-year-old British actress Charlotte Rampling as the face of its Fall Audacious Lipstick Collection revealed WWD. This is only six months after Marc Jacobs Beauty featured Jessica Lange, who is also in her sixties, for its ads. Francois Nars photographed Charlotte for the campaign in New York City.