If it was not apparent by now, Karl Lagerfeld is a big fan of Cara Delevingne. The German fashion superstar captured the British model for Chanel and Fendi campaigns, and also tapped the blonde to open the labels’ respective fall 2014 shows which Lagerfeld serves as creative director for. In a recent interview with The Sunday Times UK, he compared the model to the legendary Charlie Chaplin. “She’s a character. She’s the Charlie Chaplin of the fashion world,” says Lagerfeld. “She is kind of genius, like a character out of a silent movie. I would see her better in a silent movie than a talkie because she over-accents the movement. Girls admire her like they used to Kate Moss. They all want to be as free as her.”

Also, in the same interview, Lagerfeld reveals that he uses dry shampoo to keep his signature locks so white–which is inspired by his mother. “My mother had beautiful white hair,” he tells the publication. “Mine is a little pee-pee yellow, so that’s why I put the white powder in.” 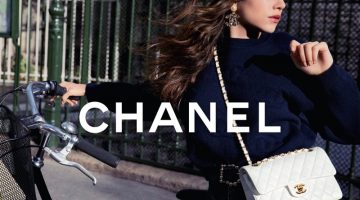 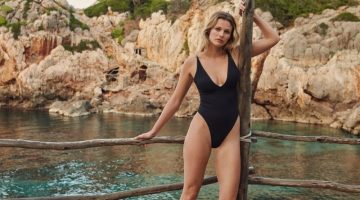