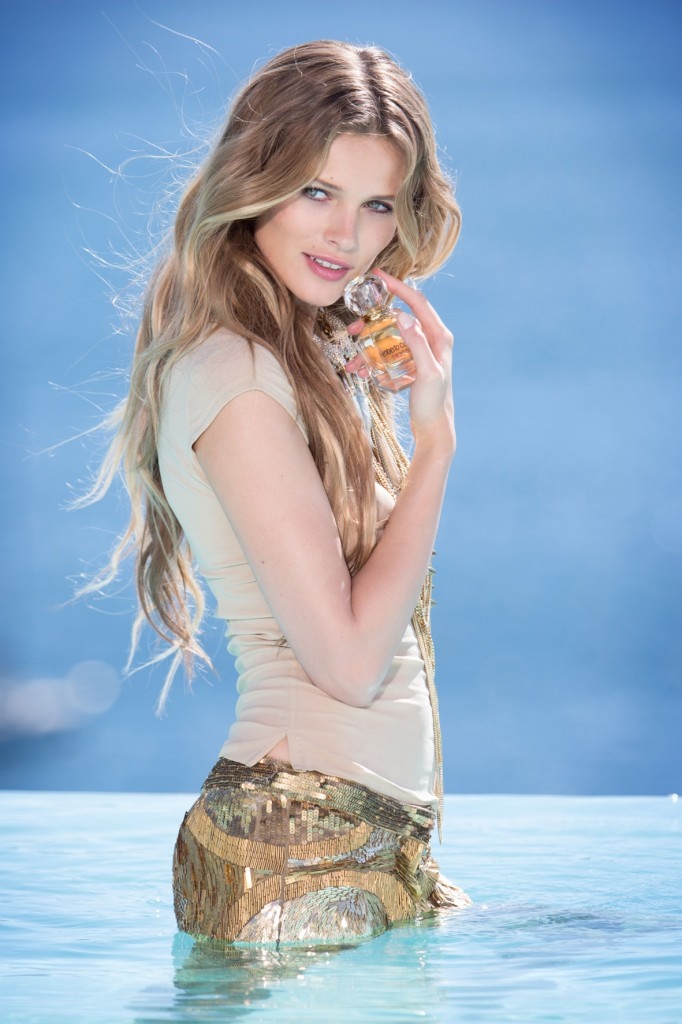 Paradiso by Roberto Cavalli–The latest fragrance from Roberto Cavalli is called “Paradiso”. The advertising campaign is quite sultry with model Edita Vilkeviciute posing naked in a pool with a tropical bird’s feathers in view. The image was captured by Mario Sorrenti and features the model lounging her birthday suit except for a few well-placed necklaces. Cavalli’s previous campaign for his first fragrance starred Elisa Sednaoui. 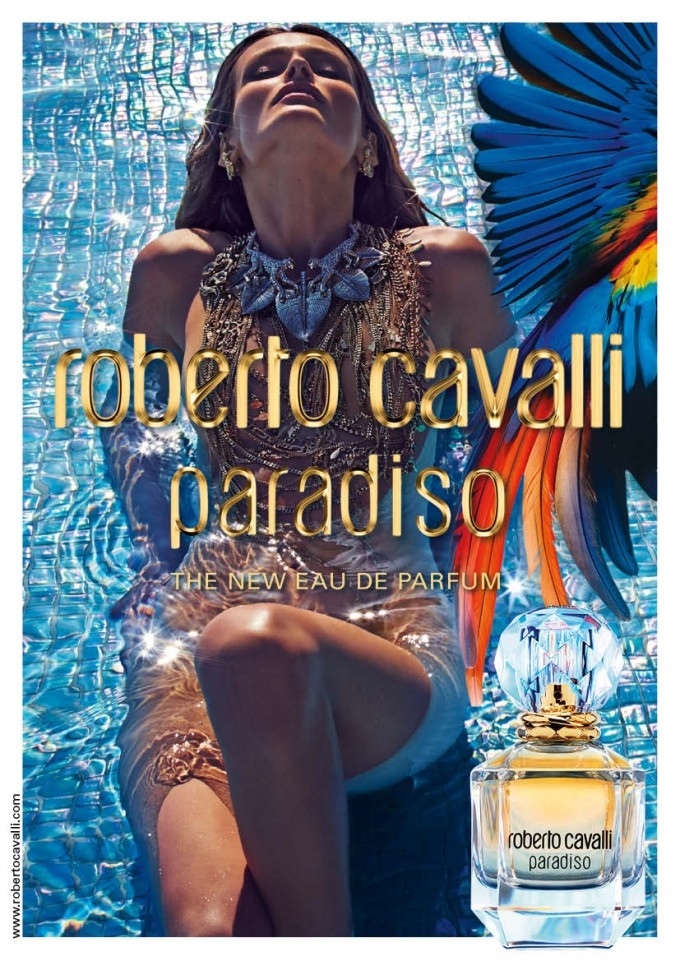 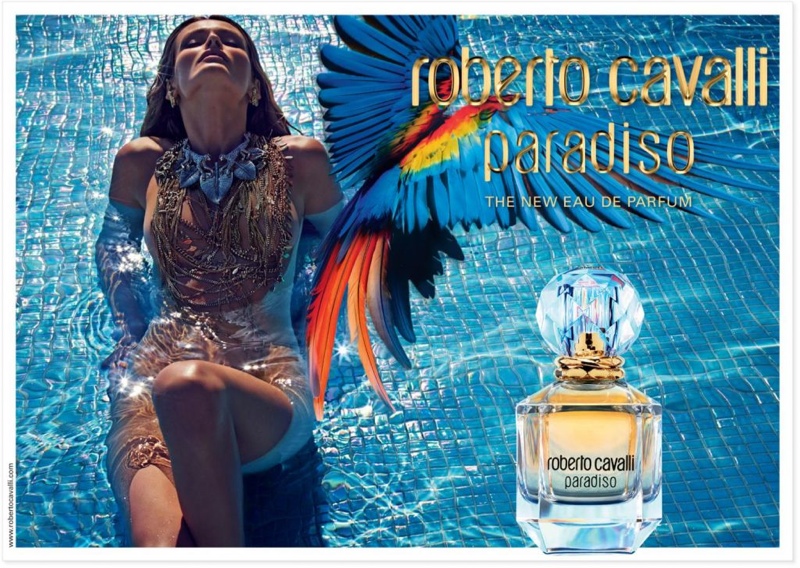