A campaign for the Mugler x Wolford collaboration that features Lara Stone, Sora Choi, and Aj Yel focuses on the body-conscious designs created by the two brands. Mika Schneider and Lara Mullen star in the Hermès fall 2022 campaign, which takes place on the terrace of the 24 Faubourg Boutique.

Anya Taylor-Joy, an actress, makes her ambassador debut in her first film for the watch brand Jaeger-LeCoultre. With the help of celebrities such as Brooke Shields, Cassie, Becky G, Juliette Lewis, and Chelsea Handler, SKIMS unveils three new bra collections. A capsule collection made in collaboration between Hailey Bieber and WARDROBE.NYC features minimal pieces such as coats, a dress, and leggings.

Irina Shayk stuns in the fall 2022 campaign for Giorgio Armani, which was photographed by Mert & Marcus. The launch campaign for Gigi Hadid’s new cashmere company, Guest in Residence, comprises over a hundred pictures of various people, including the supermodel herself. Georgia Gibbs was photographed by Andrew Day for the most recent issue of Luméra Magazine, posing in New York City.

Givenchy has unveiled its advertisements for the fall 2022 season, which were photographed by Nick Knight and star Liya Kebede, Vittoria Ceretti, and Ethel Cain. Kim Kardashian has been given the role of ambassador for the shoe brand Stuart Weitzman. She makes her debut in the autumn 2022 campaign for the company, which Mario Sorrenti photographed. 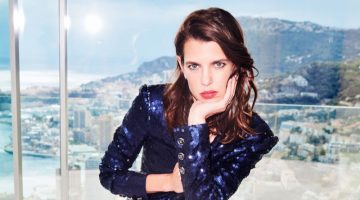