You are here: Home / video / See a Teaser of Chanel’s “Reincarnation” Film by Karl Lagerfeld 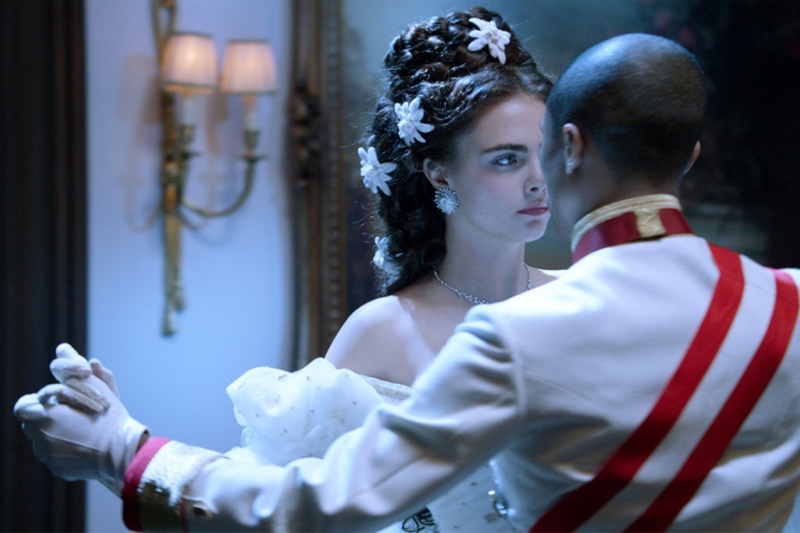 Following up a glimpse of some stills earlier, Chanel has released a teaser clip of its upcoming “Reincarnation” short film featuring Cara Delevingne and Pharrell Williams. Williams and Delevingne not only sing on the track called “CC the World”, but they also appear in the video for the Paris-Salzburg 2014/15 Métiers d’Art collection.

“It was time to show the origins of the Chanel jacket, inspired by the one worn by the lift attendant in a hotel near Salzburg in the 1950s…”Reincarnation” is the story of a lift attendant’s jacket being reincarnated as a timeless piece of women’s wear,” says Lagerfeld about the film.