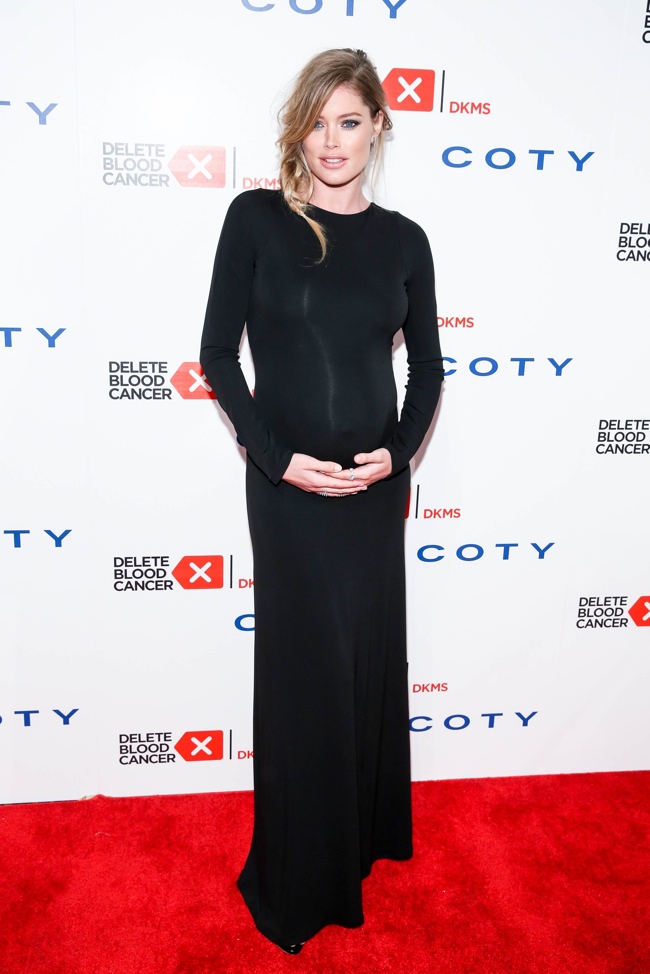 After making news for saying she wants her daughter to be more than a model, Doutzen Kroes made an appearance at the 2014 Delete Blood Cancer DKMS Gala held last night in New York City. The pregnant beauty wore a look from Calvin Klein Collection’s pre-fall 2014 line—a black jersey dress. Klein also announced that Doutzen would be the new face of its latest fragrance called Reveal. Look out for the ad later this year.