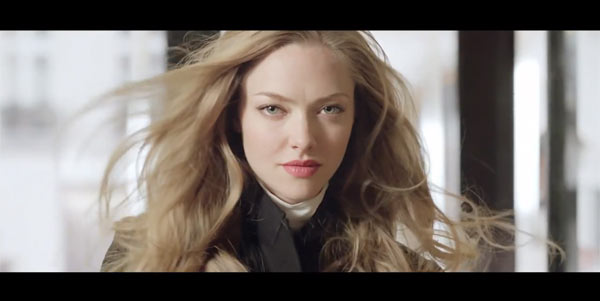 Irresistible Girl – You have already seen the print campaign, now look at the official television commercial for Givenchy’s new “Very Irresistible” fragrance ad starring actress Amanda Seyfried. Directed by Cédric Klapisch, the “Lovelace” star walks into a cafe shrouded in mystery, wearing a menswear inspired jacket and head. Amanda then catches every patron’s attention as she removes the hat to reveal a flowing mane of flaxen hair and a smile.