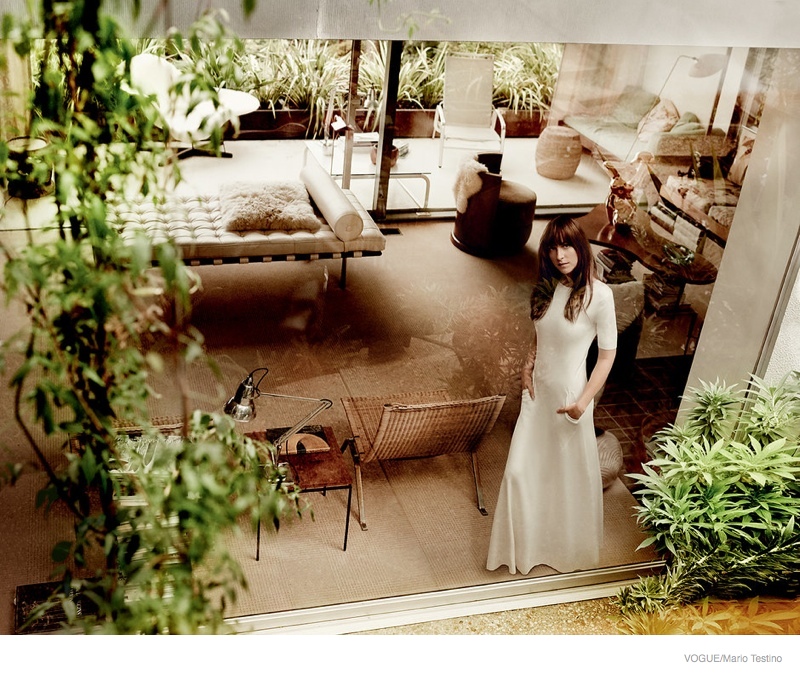 Actress Dakota Johnson lands her very first Vogue US cover for the magazine’s February 2015 issue. Star of the highly anticipated “Fifty Shades of Grey” film, the brunette poses for Mario Testino in a laid-back photo shoot. The book series has a lot of fans, and when asked about fervor around the movie, she says, “I think about my dwindling anonymity, and that’s really scary because a very large part of me would be perfectly happy living on a ranch in Colorado and having babies and chickens and horses—which I will do anyway.”

She goes on to say, “It’s just the most insane thing to be a part of. I’ve never experienced anything like this; I don’t think anyone has. It’s terrifying—and it’s exciting.” 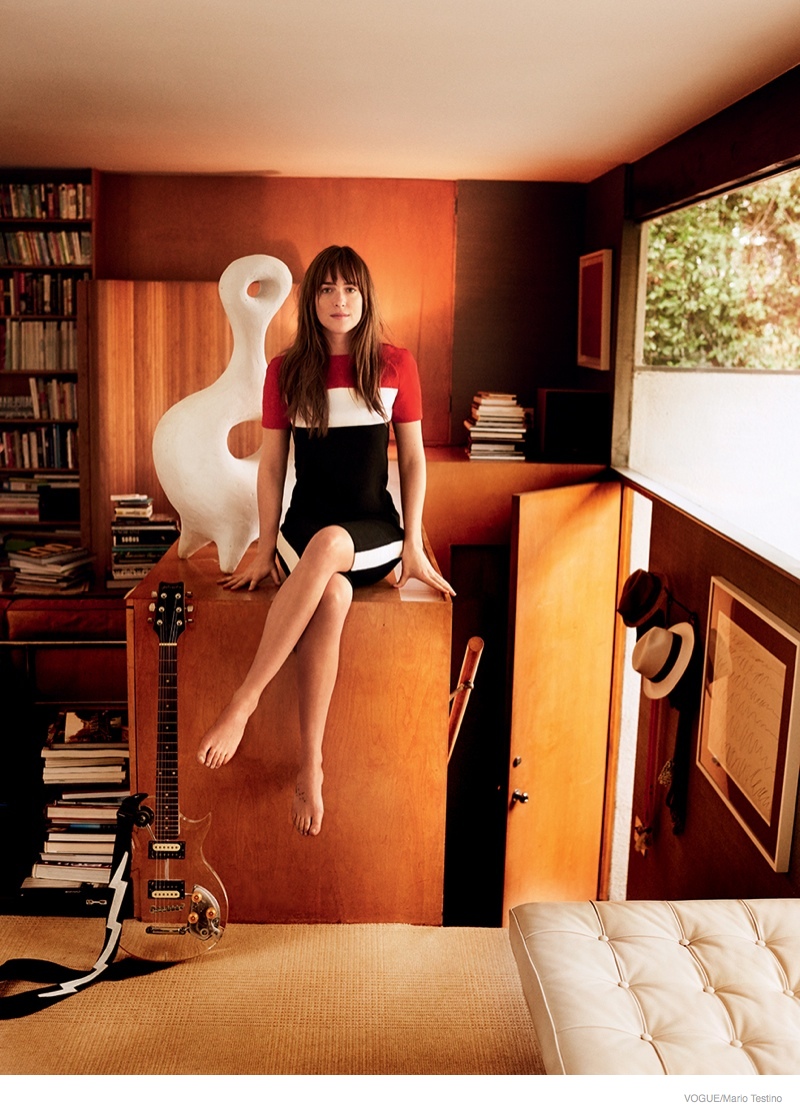 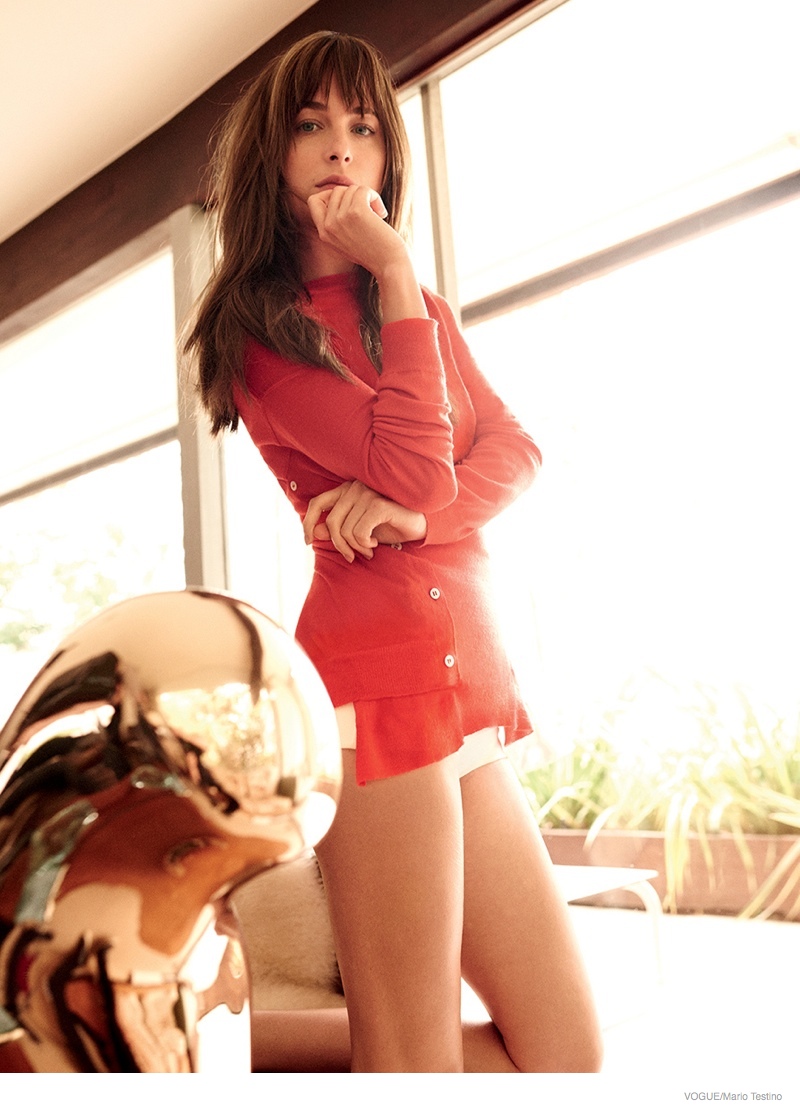 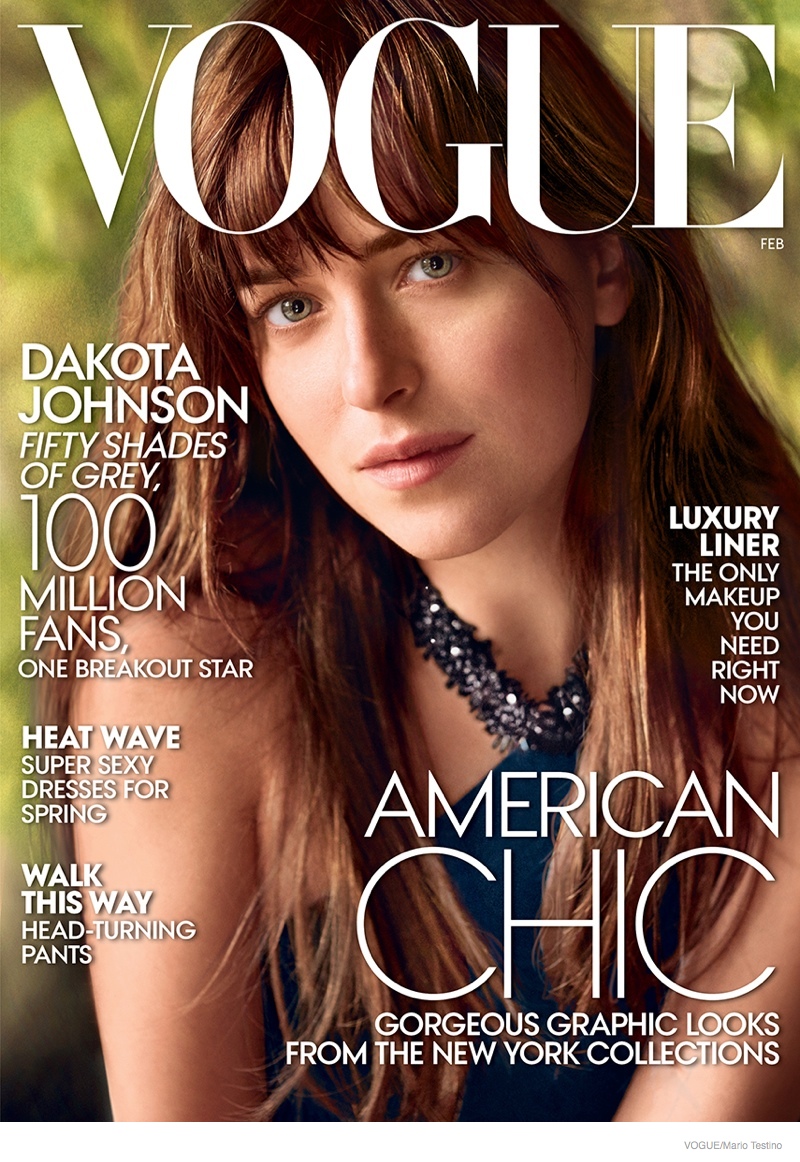