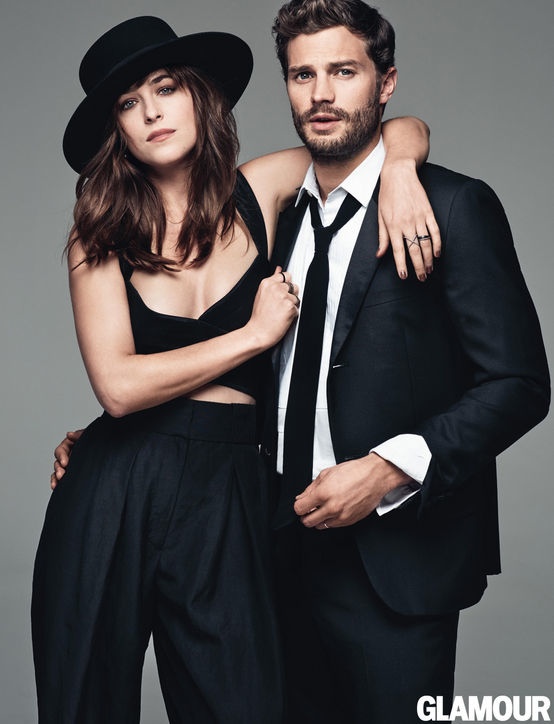 With the film release just around the corner, “50 Shades of Grey” leads, Dakota Johnson and Jamie Dornan, land the March 2015 cover from Glamour Magazine. Photographed by Steven Pan, the actors get up close and personal in the steamy shoot. In the issue, they talk about their roles where they had to become Anastasia Steele and Christian Grey. 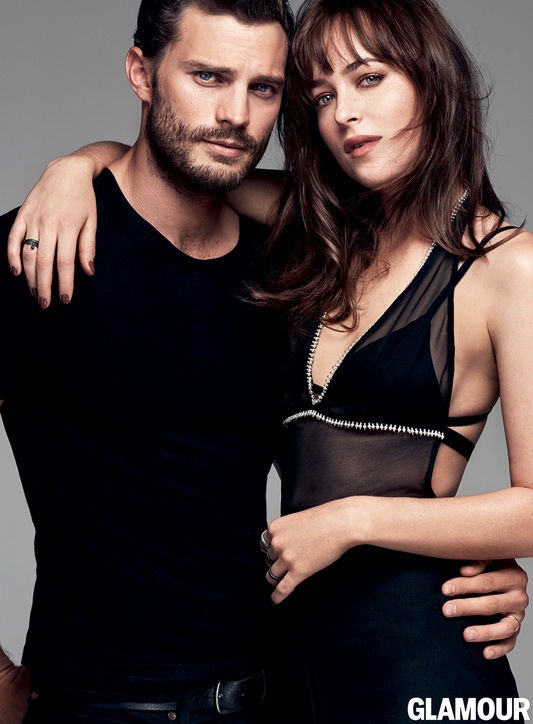 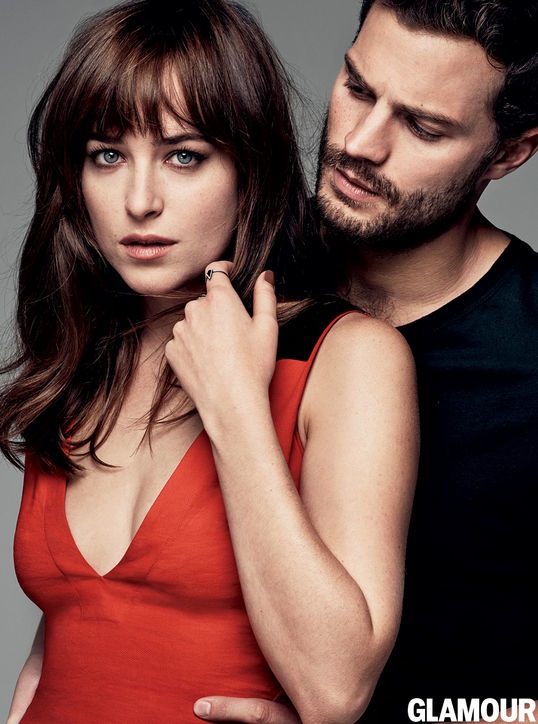 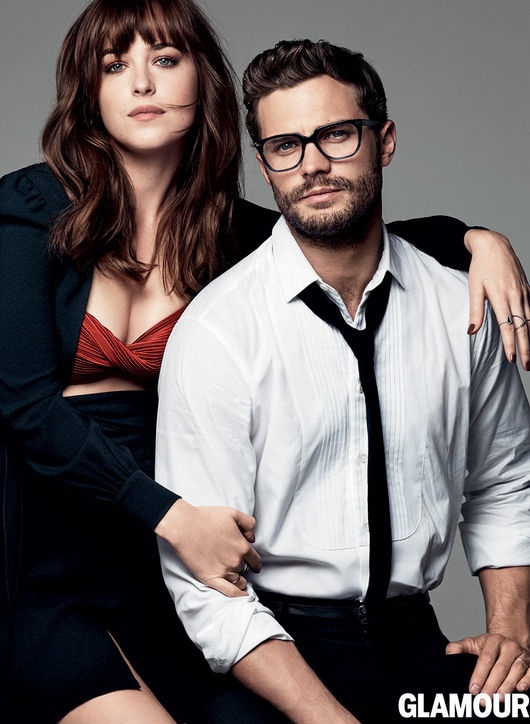 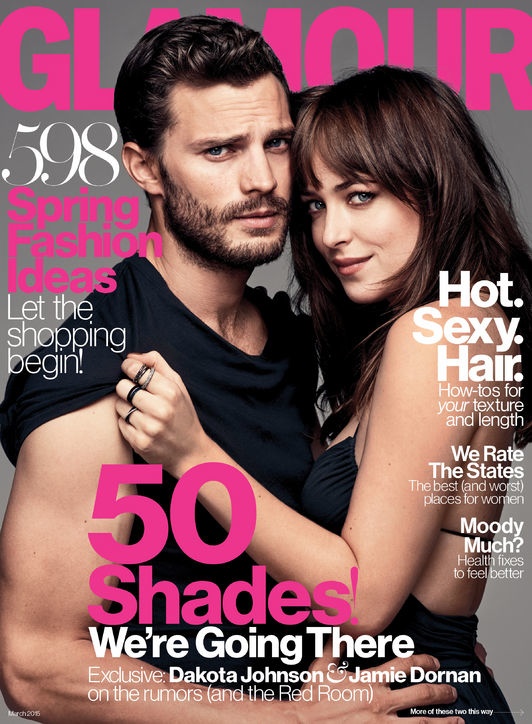