You are here: Home / Recap / Marc Jacobs at Louis Vuitton: A Retrospective 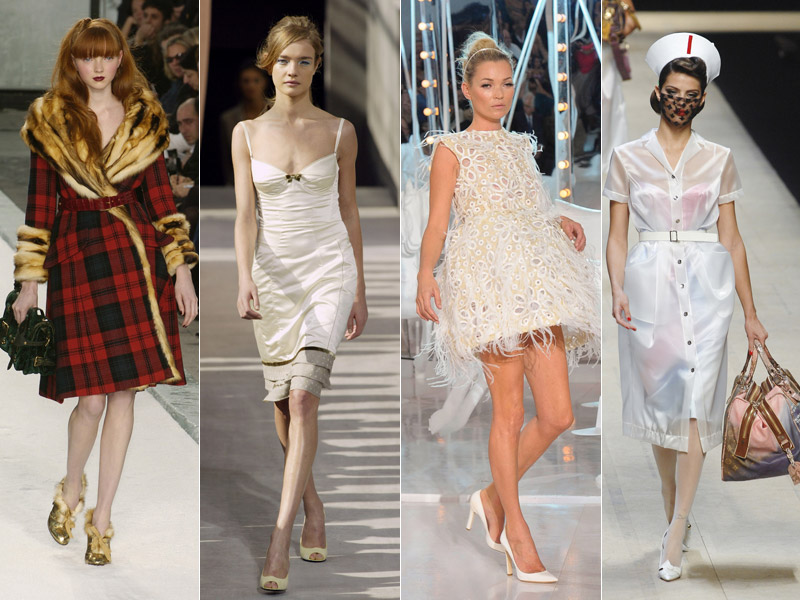 LV and Marc – The last show of Louis Vuitton under Marc Jacobs was shown on Wednesday during the final day of Paris Fashion Week spring/summer 2014. After sixteen years as creative director of the brand, Marc’s vision for the luxury label has been ever changing. Check out our list of Marc’s top runway shows and campaigns for Louis Vuitton throughout the years! 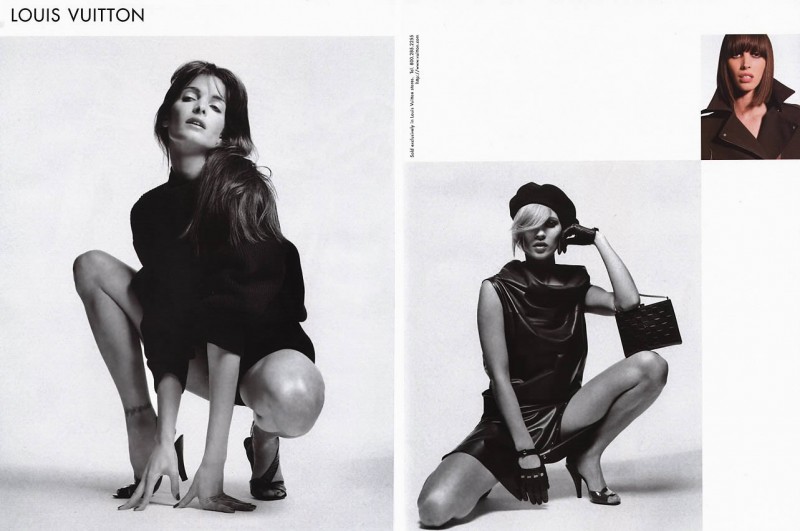 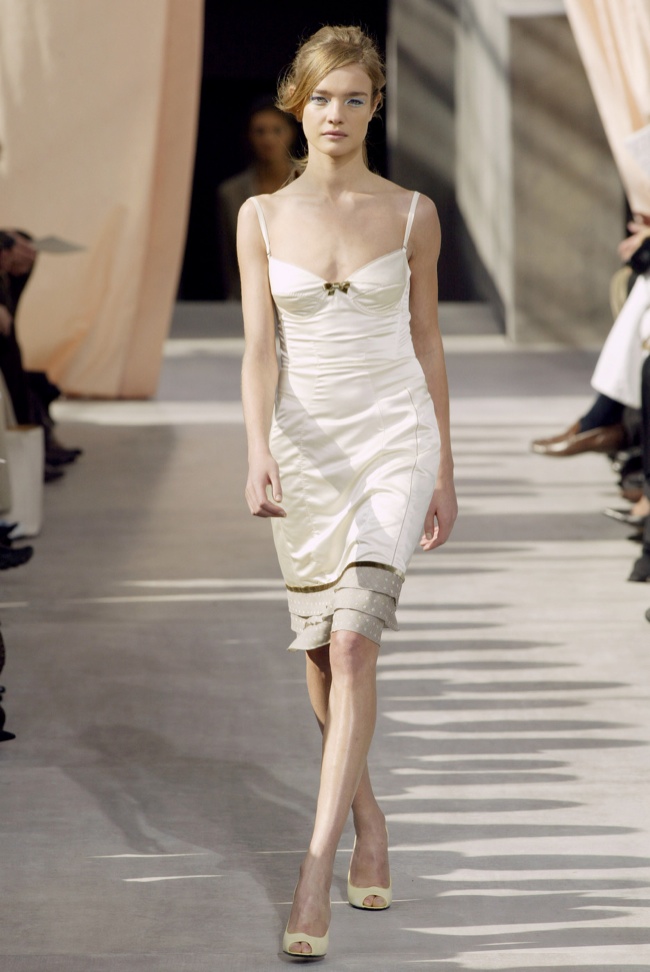 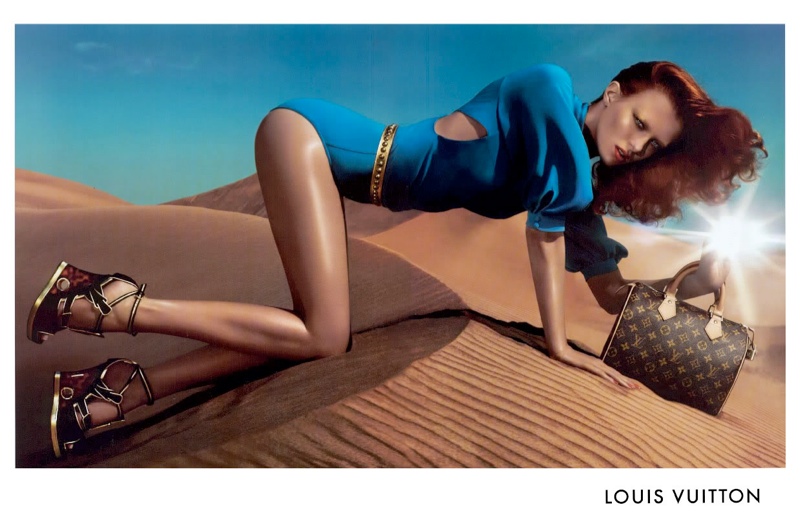 For the spring-summer 2004 collection, Jacobs created retro glamour with sensuous dresses and one-pieces. The ad campaign featured Karen Elson photographed in a desert setting by Mert Alas and Marcus Piggott. 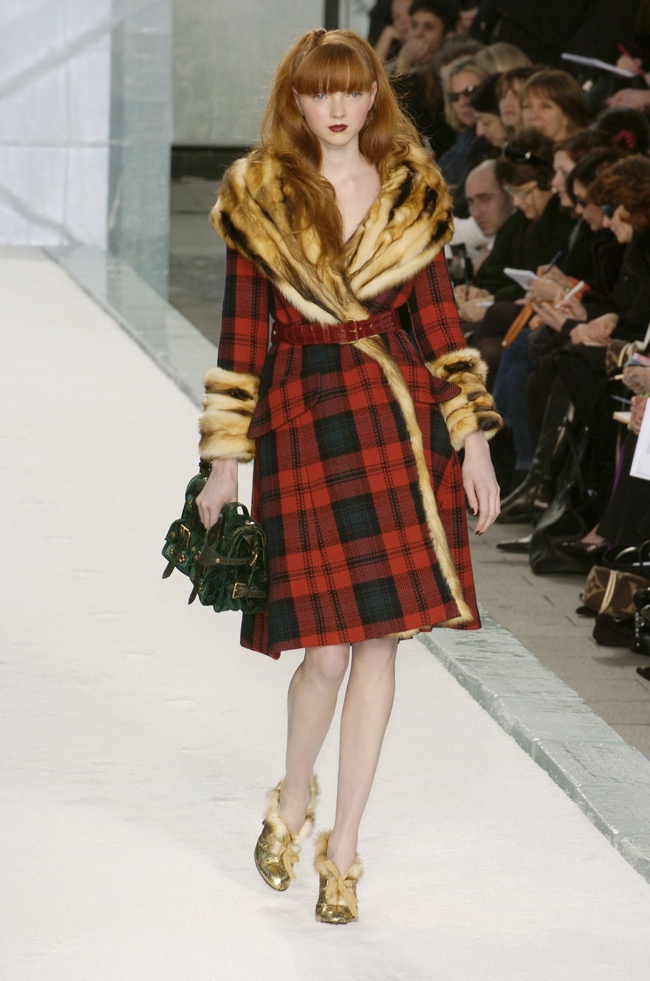 At Louis Vuitton’s fall 2004 show, the designer embraced tartan and furs with stunning coats and separates that made for the perfect glamorous and ladylike outing. 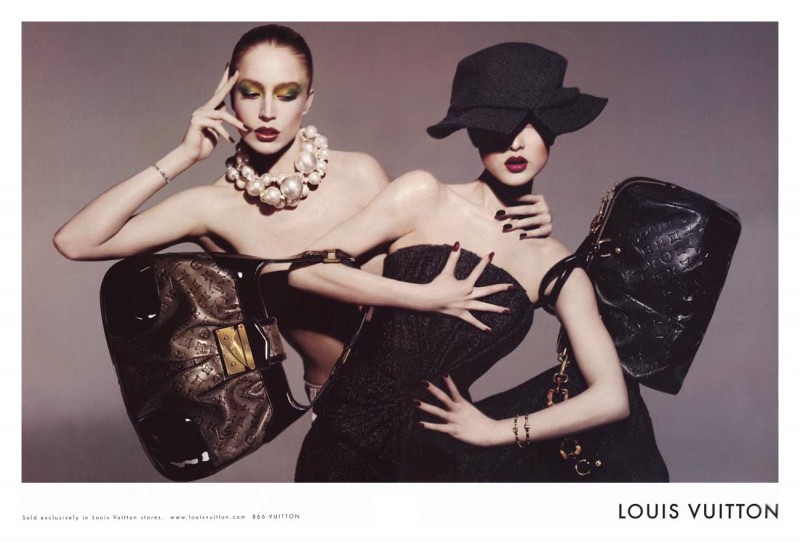 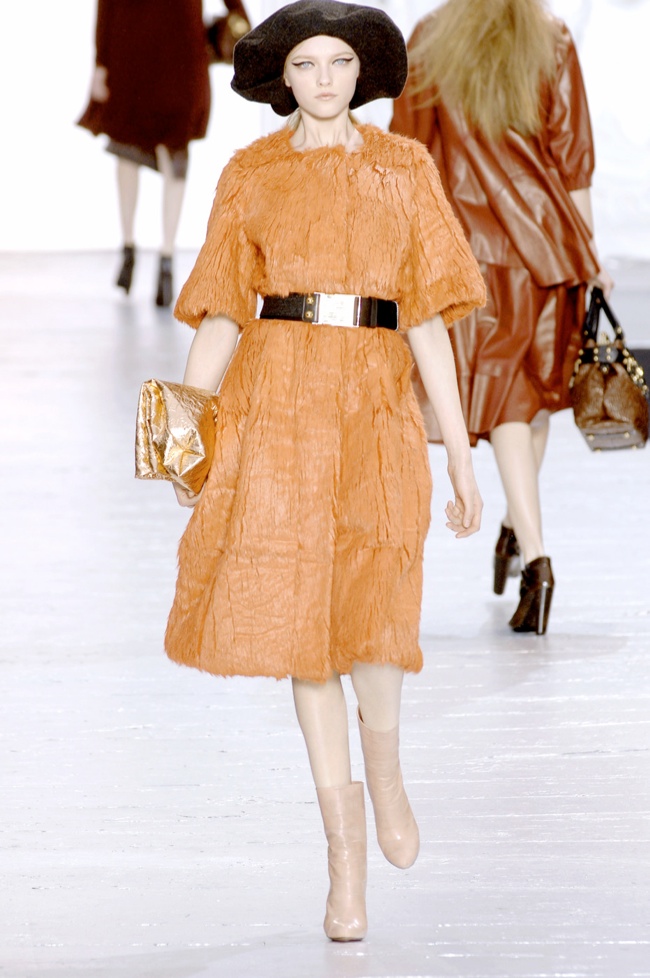 For fall 2007, Jacobs infused Dutch masters work like Vermeer as inspiration for the label with large hats and luxe furs.