Now that you have seen the cover, see a behind the scene video of the Vogue cover models with Karlie Kloss, Cara Delevingne, Joan Smalls, Arizona Muse, Edie Campbell, Imaan Hammam, Fei Fei Sun, Vanessa Axente and Andreea Diaconu. The girls were asked as to who they considered to be supermodels.

Karlie thinks Linda Evangelista, Christy Turlington and Naomi Campbell are supers while others say they would not even consider themselves supermodels. Edie Campbell says, “I don’t think there are supermodels now, I mean, maybe…” While Arizona voices that “I think now, I would call a supermodel just a model. I think we’re just models.” In its case, Vogue calls this new crop of upcoming models “#Instagirls”. Do you think any girl of the past few years deserves to be called a supermodel? 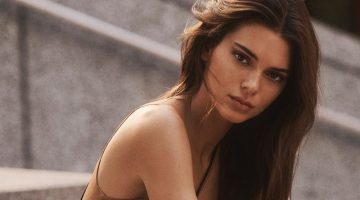 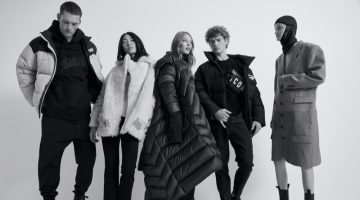